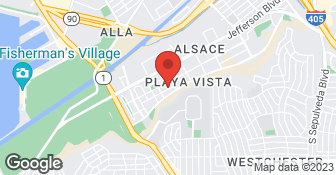 We have been operating with over 20 years of extensive experience in the remodeling business. We pride ourselves in being “hands on” from start to finish. Flooring Genius provides all sales, measuring and installation services, eliminating the risk of lower quality workmanship and poor management. No one knows the remodeling business better than Flooring Genius, which is why we stand behind our installation 100%, and we make sure each job is done the right way, the first time. Our standards of craftsmanship and customer care consistently exceed customer expectations because we treat your home or business as though it were our own. With our friendly and knowledgeable staff, our customers can feel safe and comfortable that they are in good hands. Floor and window covering products can be purchased from any source, but it is proper installation, quality of workmanship, neatness, and reliability that is key to a beautifully finished job. Flooring Genius guarantees 100% reliability, punctuality, professionalism, politeness, and expertise on every job, no matter how large or small. Our customer service is unbeatable. We take great pride in what we do, and our customer's complete satisfaction is our ultimate goal....

I had been thinking about replacing the dark hardwood flooring in my house ever since I moved into it three years ago. I finally got around to doing it this year. Kevin, the owner of Flooring Genius, happens to be my neighbor. Despite hearing great reviews from some of my other neighbors about the quality of his work, I insisted on bidding the job out to a few contractors I found on Angie's List. I nailed down what I thought was a good price and then I told Kevin the job was his if he would match it. He ended up beating it by a little bit and pointed out a few items that the other contractors had missed (i.e. the need for a special molding for the stairs) which would have ended up increasing the cost of the job a few hundred dollars. Kevin is an authorized distributor for Kahrs so I ended up ordering my flooring directly through him. We scheduled an installation date a couple weeks later. Since the existing floor needed to be removed, the job was expected to take four days. Kevin showed up on a Monday and set about ripping out the floor. He and his assistant literally spent the next three days cutting the old floor out and pulling it off the concrete. Since the original floor was glued down, there was no easy way to do it. I think Kevin underestimated just how much work it would take because it took a couple days longer than he originally thought. Once he finally got the old floor out, the rest of the installation went pretty smoothly. What is clear from his work is that Kevin is absolutely obsessed with the details. He spent a lot of time making sure the floors were perfectly straight. He pointed out that the prior installer didn't level the stairs. Rather than just let it be, he spent the extra time fixing it to make it right. He also showed me a few other corners the previous installer cut. I had no idea how complicated it is to install floors. The job was finally completed on Saturday. Even though it ended up going over, Kevin stood by his original price. He never once mentioned any extra cost despite what was clearly more work than he anticipated. The finished product is gorgeous. Everybody who comes to my house always says how great the floor looks. I could not be happier with Kevin and his work and I wholeheartedly recommend him.

Allow Mike Guttman, with 30 years of experience in outdoor design and construction to integrate masonry and landscape and transform your outside living space into a beautiful place to come home to. Mike's designs have been featured on HGTV , is affordable and he has serviced the L.A. area from Los Feliz to Malibu including the Hollywood elite. Mike will meet with you personally for a consultation to artfully and masterfully integrate masonry with landscape design. His customer service and attention to detail has been awarded multiple Super Service Awards from Angie's List. Mike will personally spend time visiting with you to design the perfect outdoor space for your home. Spend time with Mike and see the difference. .  …

Flooring Genius specializes in all forms of floor and window coverings. We're also general contractors providing A to Z services to all southern California customers

We also offer miscellaneous services that are related to home interior remodeling that may not have been posted earlier.

Flooring Genius, Inc. is currently rated 5 overall out of 5.

No, Flooring Genius, Inc. does not offer eco-friendly accreditations.

No, Flooring Genius, Inc. does not offer a senior discount.

Are there any services Flooring Genius, Inc. does not offer?

We also offer miscellaneous services that are related to home interior remodeling that may not have been posted earlier.