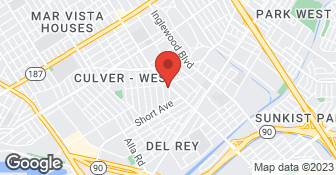 SUPER SERVICE AWARD WINNER LAST 8 YEARS IN A ROW!! 10% OFF FOR ALL ANGIE'S LIST MEMBERS! Family Owned and operated for 30 years and Craig the owner goes out on all major Jobs but not on the service jobs/calls , Craig has been doing plumbing for over 35 years in the same location. Craig's Plumbing has 6 full time employees , St Lic # 696436, fully licensed, general Liability Insurance and full workman's comp for your protection , we take all Credit Cards and can make payment arrangements if needed and we offer quality plumbing at affordable prices ! We are a full service plumbing company, we do it all, from minor repairs to major remodels Sat and Sunday for emergencies only ! 10 % Off First time callers, see web site for specials ! We offer 10% off on all sewer and drain repairs ! Hydro-Jet Kitchen drain line with clean out ! Call for details ! Gas and water leaks found and fixed ! Angie's List Super Service Award -2013,2014,2015, and 2016 & 2017, 2018, 2019 ans 2020! See website for more specials! Now offering affordable Hydro Jetting !...

This company replaced our gas line last May. We are having a gas issue: no more heat or hot water. We called them and asked them to come ASAP and they said they will be to our home the next morning. We were waiting. Calling them and finally told us they will not come today but tomorrow. I explained them again he situation and they did not care at all even so the job was still under warranty. Not a reliable and trustful company be aware of it! If we knew we had to wait so long we would have called another company on day one. And on the top of that the owner of Craigs plumbing is saying we are liars! He was supposed to replace all the gas lines under the house and eliminate unused lines under the house. The roof line is coming from under the house: so yes he did not do your job properly! And he claimed he did not go into our house so how could you verify the stove? He told my us during his phone call that he will be there around 12:15pm and later after not showing up told us he never said that: we were two hearing the same thing! I guess you had to go somewhere else instead! And yes we've got super angry at you because you don't do that to customers. I blasted at you because you did not care at all about the fact we did not have any heater or hot water int he house and you've cancelled on us. I guess we don't have the same definitions of bad words, what is unreliable, and dishonest. We had a plumbing company that confirmed you did not eliminate the unused gas lines under the house and fix the issue right away!

10/13/2021 Yes we replaced all the Gas pipes under your house last May, you had roofers there yesterday and they cut a live gas line on your roof, you called yesterday and asked if we could come check it out, never once did you say your gas was off, I said yes I can come this morning around 10am, your husband said ok. This morning at 10ish I called and said I was on my way, I was off Long Beach Blvd in Compton at a job, I got on the 105 Freeway and it was dead stop, law enforcement cars passing on the shoulder, I called you and your husband answered and I explained the freeway was dead stop and I was stuck and could I come tomorrow at noon, he said yes and hung up, At 2pm today your husband calls and wants to know when I will be there, I tell he was reset for tomorrow at noon, he is super p***** and tells me he will cal someone else and hangs up, 2 minutes later you call and scream at me and call me bad words and threaten me with bad reviews all over the internet and hang up, 10 minutes later my emails begin to beep with all the bad reviews you have written, however your reviews do not mention the truth of what transpired between yesterdays first call and this morning, I am sorry we were not able to drop everything and run to your help, you are right I we are wrong, that's the way it works on the internet. We can still help once these false reviews are gone, we did not go in your attic or roof, and we did exactly what we said we would do . Below is what I was caught in this morning at 10am abc7.com/chase-105-freew… Read less
5.0

Craig and his crew saved the day for us and our 80-year old house. After a minuscule was leak discovered by The Gas Company, we had Craig's Plumbing out to meticulously test the gas line to the house, as well as within the house. There were multiple leaks; the ancient gas lines were ready for a complete replacement from the meter though the garage, across the back garden and into the house. What set Craig's apart from other plumbers I interviewed was that Craig truly understands gas lines. Other plumbers just wanted to run a new gas line to connect under the house, but Craig knew that the new gas line would be about 30% longer than the original, which meant some of the pipes under the house also needed to be upsized to supply adequate gas throughout the house. The team was courteous, professional, very hard working, and communicated well. Richard was always in good cheer while he trenched through the back yard, carefully excavating around and even under our plants. Ernie is an expert in gas piping and was truly enthusiastic to assemble our new gas line. Craig came out to the house himself to check in on the project. He was always available by phone or text and was on top of the city permit process, reserving the soonest inspection day possible. The city inspection process is usually arduous where we live, but thanks to Craig and his team, this project passed on the very first inspection. We couldn't be happier.

I was indeed pleased with the work performed by Craig's Plumbing associate, Alex. He explained the issues to me in laymen terms;(eg. replace leaks(7) underneath the house, in addition to the removal of all unnecessary pipes and fittings/repair gas leaks(3)underneath the range. But, what was even more uplifting and refreshing was his sense of humor and wittiness; conversation(s) related to gas leaks were always infused with energy and animation. I would definitely use Craig's Plumbing for any additional plumbing problems, as well as refer relatives, friends, neighbors, etc.: service was great and they completed the job in a timely manner. Craig's Plumbing sure has my VOTE when it come to honesty, integrity and efficiency in servicing the customers needs... KEEP UP THE GOOD WORK ! A grateful customer! Sandra Allen

Thank you for the kind words ! Craig
5.0

I hired Craig’s Plumping for a entire house gas line replacement. Got a good price and we’re very professional. Stayed on schedule with no worries. Would Hirer them again.

The best part was how response the team at Craig's were. They came same day and fixed an issue that was an immediate priority. Their team was knowledgeable, respectful, and thorough. The price was fair with no hidden costs or unexpected curveballs. Think I found my new plumbing service - after looking for a bit.

Had a home renovation completed with an addition (220 sqf). Previous contractor managed to ensure 3 out of the 3 new toilets installed was done incorrectly. 2 were not close to being straight, the last one was rocking and had the set pipe incorrectly installed (too far up). They fixed all of this, including fixing the clogged pipes. Broken water exterior valve and leaking gas line to the new instant water heater. Would hire again.

Dishonest Billing Practices Called them out to clear a slow draining sewer line that had been snaked several times by another company. Agreed to a $250 camera inspection prior to hydro jetting to see the source of the problem. Alex shows up promptly, starts the inspection, then breaks the cable on his snake as he's trying to open the line for the camera. Drives to a repair company that was closed, then drives back to his shop to get another machine (all of which takes added time to winch the equipment into/ out of the truck). Finally comes back, continues the process, we find the (expected) tree roots and agree to move forward with hydro jetting. He then calls to have someone bring him the hydrojetter, Craig brings it out and they call when finished (5 1/2 hours later in total). Alex starts talking fast, glosses over the $2,100 billing and asks how I want to pay (little did I know that they had stored my CC info from a previous job). This is where we discover that he has charged 6 hours @ $200 PLUS $250 for camera inspection, $580 for first hour of hydro jetting and another $250 for second hour of hydro jetting. I question him, he starts to play "dumb on billing" and we finally agreed that he would speak with Craig to understand how this was blatantly improper and double charging. Alex is a seasoned guy, not a newbie- there's no way he can honestly claim "confusion" in presenting a bill for $2,000+ for a drain clearing! Finally, he calls back, says that now he understands my point and the bill will only be $1,600 (which is still charging for the agreed services PLUS 3 hours @ $180/hr for his wasted time). At this point, I'm in the middle of something else, and figured if this is what Craig considered to be fair and reasonable, I would just let it go and write an honest review. Like many others here on AL, I read the reviews- hopefully this will help someone else as they search for honest and reliable vendors.

Sorry you feel so ripped off ! However , You agreed at camera charge and hourly charge for snaking 2 days prior, Hydro Jetting Was never disused and you and I spoke and set up appointment. Alex arrived at 9:50 am, you arrived about 10:00 am, First he looked under your building, it was flooded with sewage, this took time and you saw all the pics of the mess. Alex then snaked to get line open to look with camera and cable broke in your sewer, then went to get new cable and place was closed. Called me and came to shop and got another machine, he was gone 45 minutes or so max , Got line clear, put camera down and saw root problem, located spot where problem was and you asked if we can Hydrojet line, Alex called me and we brought Hydro Jet and you were there and seemed ok, I arrived about 1:45 with Hydro Jet, you said good luck and call when done and you will pay, we spent about 2 hrs working with Hydro Jet and got line as clear as we can, Alex called you with total, and you expressed concern on price, Alex asked me to call you and I did, I told you I would wait for Alex and get back to you, Alex did make a mistake and admitted it and lowered bill, again I am sorry you are not happy, but according to you, the last few times you had the line snaked, it was a Handyman and not a Plumbing company ! Again, sorry you feel so abused ! Craig
5.0

Craig's plumbing did an excellent job. I am very satisfied. I definitely would use their service again.

None, we are your one stop plumbing shop !