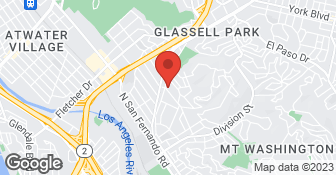 Family-owned and operated since 1997. COVID Disinfecting! We provide exceptional cleaning and restoration cause by water or fire. Being a family owned and operated local business, Spotless Cleaning Systems delivers unmatched personalized service you're sure to love. We make a sincere effort to connect with our clients and listen to their needs in order for us to devise tailored cleaning solutions which will provide them with the results they expect. What's more, we're committed to providing our clients with the best value for their money. We provide high quality service at very competitive rates. We believe that delivering premium results at budget friendly prices is among the major reasons that has kept our business going strong for two decades now.

Family owned & operated. All American Window Cleaning & Gutter Cleaner Pros can come to your home or business and clean windows, inside and out, for a reasonable price. We also offer bundle packages for window cleaning, pressure washing the outside of your house, walkways, and gutter cleaning. We wear protective booties and use drop cloths to ensure your interiors are protected. Most importantly, we keep things simple, serve your needs and assure 100% satisfaction. Award winning. Please visit our websites for more information: https://allamerican-windowcleaning.com/ or https://guttercleanerpros.com/

Accurate Roofing is a certified Shingle Quality Specialist and Master Shingle Applicator Wizard from CertainTeed, a Certified Applicator for Malarkey Roofing Products, and a Certified Applicator for APOC Silicones. With over 30 years experience in the roofing industry, Accurate Roofing is a premier roofing company that builds, installs and repairs residential and commercial roofing systems. We continue to improve our Sky High Standards of Quality through continuous education and training of our staff of dedicated team members. Call us for a free estimate because when it comes to roofing we have you covered. We will complete your project on time, within budget and to your satisfaction. Accurate Roofing "Roofing made to last!"

It's been years since they did a job with us.  They did a great job.  It's a family or relative business.  They are a little bit pricey.  They are not the cheapest but you get what you pay for.  When they do the job it's done right.  They are quick and efficient.  We had solar panels put in afterwards so they have to come back just to work with the stand of the solar people did.  They were very ef...

DESCRIPTION OF WORK
I used the roofing service of Bilt-Well Roof & Material Co.  They did our garage and house roof.  We had a leak which turned out not to be in the roof but at the side of the house that has a crack.  They still fixed it even if it was not a roof problem.

these guys work fast.  They only do roofs so they are good at it, they spotted some bad work by my previous contractor

They did a great job in a quick, and very timely manor.

DESCRIPTION OF WORK
They repaired a roof leak.

I only wanted one tile fixed and I wanted to get a second opinion before I invested $11000 and re-did the whole thing. I did think a company should be able to do minor work. The roof where the tile had fallen off was just an end piece. It was not like the middle of the roof, it was the end piece. So my feeling was, I thought, if they wanted to have happy customer they should have said that in thei...

DESCRIPTION OF WORK
I used the services of Bilt-Well Roof & Material Co. I had an estimate and I needed to have work done. However, they had a minimum amount, which was a $1000. We had one tile that was off. However, he said that maybe we could re-do the whole tiling altogether, which was a $11,000 job. Therefore, I had to call someone else to actually put the one tile back because they would not do that. The last time I used their services was about a month ago. They estimated it over a $1000. They said they did not do any job that was not over a $1000. He said he could put that tile back but it would cost me a $1000. Then he said we would need re-roofing in the future and that would be $11000.

These guys are good. They show up, they do the work. Professional all the way. Not cheap, but you get what you pay for. Would use them again without reservation. (work done under the name Schmidt)

DESCRIPTION OF WORK
We have used them twice. First time was a mystery leak which the found and repaired. Second time was general repairs on a large section of our roof.