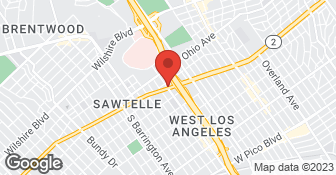 We work on houses cars and business...

We are the one and only locksmith in the local area. We offer commercial, residential and auto locksmith services. We duplicate keys and stock many brand of locks. From selling, repairing and installing safes and access control systems to rekeying locks and creating master key systems, we do it all. We also offer emergency lockout services. Stop in our showroom to view our array of products from trusted and secure brands!  …

Guardian Angel Locksmith focuses on providing the most professional, honest and responsive locksmith services you have ever experienced. At Guardian Angel Locksmith, we make it a mission to build long-lasting relationships through trust and commitment to customers. We consider it our responsibility and obligation to provide you with the highest quality products and services available. Whether it is a simple lockout or a complex master key system, we value your business, your home and most importantly your time. We take importance in our work and in always providing consistent and excellent services. Thank you for your constant support and most importantly for choosing Guardian Angel Locksmith as YOUR LOCK AND SECURITY SPECIALIST!  …

We are a fully Licensed, Police Permitted, Bonded, and Insured Locksmith Company With 24/7 Complete Mobile Service. Make sure ALL Your Locksmith needs are covered only by the Best of the Best. We at ALL OVER Locksmith will provide you the service you’re looking for when you want Top Notch, Expert Residential, Commercial, Safes or Automotive Locksmith jobs, We do it ALL. Call us Anytime with ALL Your Security Needs.  …

We called the company just after 8 AM because we were locked out of our garage due to a garage door malfunction. The locksmith arrived about 15 minutes later (no uniform or identification that he was associated with the company) and began working on opening the deadbolt on the the back door into our garage. Because of the way that the lock is situated with respect to the adjacent walls (the door is at the bottom of a very narrow exterior staircase), there was not much room for him to maneuver his tools. All in all, it took him nearly two hours to pick the lock - but, I think mostly as a matter of pride, he did not succumb to drilling out the middle of the lock. (Had he been required to do that, replacing the deadbolt would have cost an additional $50 or so.) While I had him at the house, I also asked him to extract the key that had broken off in our front door months earlier, which he did without any difficulty. I have no idea how much a locksmith service is supposed to cost, but I do know that the service representative provided professional and successful service.

Description of Work
The locksmith picked a deadbolt into our garage, and extracted a broken key in our front door.

Lock outs on homes cars and businesses. Locks rekey or replaced New installation on hardware and fix existing locks. Key duplication and key replacements. We work on all types of locks. Safe combination change and manipulation. Car keys replace. Secure all types of bldgs inside and out

We do all locksmith services