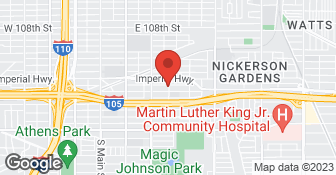 Home Renew 360 is your complete home improvement company. We offer many remodeling services that will help you and your family create the home of your dreams in an efficient, sustainable, healthy manner. Our company has over 30 years of combined experience providing exemplary service to home owners in the greater Southern California area. Home Renew 360 has the expertise and experience to apply our craftsmanship to any size remodeling project. Our goal is to make sure the job is done right and on time.

Here at Greenteam Roofing we specialize in hard-to-find leaks and leaks in general, so if your looking to solve your leak problem call us. I haven't not been able to find a leak in my 25 years and we also warranty every job. We are a locally owned and operated company, that values honesty and integrity and who treats your home or business, as if it were our own. Being an expert in all aspects of roofing projects and our services are customized to each individual project. We pride ourselves on the quality of our work, as well as our commitment to outstanding results. Looking forward to building lasting relationships and guarantee your satisfaction!

US Home Developers is a construction company providing services in Residential Construction and Remodeling, from tiling to roofing, from grading to painting and working on projects with a variety of scales, we keep on growing a big family of contractors, satisfied clients and partners. We take care of your residential construction projects whether it is home improvement, house full remodeling or residential ground up construction. Estimates for insurance companies are subject to additional costs. We carry an exceptional team of senior level professionals and young enthusiastic talents that accumulate decades of work experience in the construction industry. This multi-cultural and multi-disciplinary team working with you and for you, is the key to success each and every time.

The quality of their work and their product was very good. They started the job on time and finished it quickly. The workers were very courteous. Around 3 months later, I got a notice through mail stating that ABC Company has filed a lien against my house as ABC roofing had not paid them. They misled me and told that they did not have any sub contractors. I had to contact the owner of the company ...

DESCRIPTION OF WORK
They did a complete tear off and installed new roof on my house.

We called them several times to fix our roof and they never called us back. They came back out twice, but never fixed the problem. I had to pay another roofing company to fix this problem. Our roof leaked one month after they put it on! I would never hire them again. I would not recommend them to anyone else either.

DESCRIPTION OF WORK
They put a new roof on our house and gave us a 10 year warranty on labor and 30 years on the actual roof.

They came out and the salesman lied and said he owned the company. He whined about his high insurance costs and said that was why his price to me would be so high. He was pushy. I would not call them again in the future.

DESCRIPTION OF WORK
They bid a roofing job for me, but I decided to go with another company.

Lee was terrific! He thoroughly inspected the roof, found some possible leaks and quickly sealed them with caulk free of charge. What's even better is that as he was leaving, he noticed one more unusual but possible source of the problem, got his ladder off his truck and found the main source of all of our problems. It wasn't the shingled roof at all, which we and every other roofer had been focus...

DESCRIPTION OF WORK
Lee Yosef came out to inspect for the source of a persistent leak we've been having.