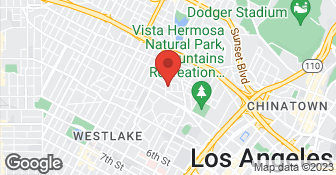 A.A. Demolition has worked with commercial and residential clients for over 8 years throughout the Greater Los Angeles Area. With a proven track record of client satisfaction and structural expertise, our company is able to handle deconstruction projects big and small tailored uniquely to clients. Major projects include demolition of large temporary structures at the X-games in Los Angeles, the Vans U.S. Open of Skating in Huntington Beach with our client CA Rampworks, and monster truck rallies inside of Staples Center. Residential projects include full home demolitions, interior strip-outs, asphalt and dirt removal and tree cutting. We’ve also worked on countless commercial properties throughout the Southland. We have all of the necessary tools and hauling equipment to fulfill our clients’ demolition and site clean-up needs. A.A. Demolition Inc. is a team of experts in structure demolition, excavations, interior stripping and site cleanup, among other services. A.A. Demolition Inc. has acquired expertise in structure demolition and excavations and grading from over a decade of experience. Since then, our company has acquired to tools to fulfill demolition projects and site-clearing on a wide-range of sites. A.A. Demolition provides customers with consultations and accurate estimates at no cost. We are confident our team can fulfill your project requirements in a timely fashion and with a brand of professionalism....

Our uniformed, well-trained employees offer professional services at affordable prices that are guaranteed to beat our competitors’. We happily provide free written estimates before beginning any work and make sure the premises are tidy before we leave. We’re serious about the environment too. We recycle and save from the landfill almost 60% of everything we pick up.  …

Bulky Bro's Junk Removal is a family-owned growing business that specializes in the removal of bulky items. We have been in business for over a year and have hauled away just about everything. We strive to give our customer the best value while going the extra mile and being as environmentally friendly as possible. We have proper disposal policies and procedures to ensure all material is processed accordingly with Mother Earth's best interest at heart.  …

It started with a slab leak in several places. The kitchen counter tops were barely holding up after the bottom cabinets were removed due to water saturation. A restoration company came out to remove damaged material but our insurance company directed them not to remove the rest of the cabinets because they didn't, at the time, show significant damage. As the days went by, the cabinets begin to smell and needed to be removed ASAP. Large parts of the bathroom walls had been removed for mitigation of water damage but again, at the time, the insurance company did not approve the removal of the tub and tile that surrounded the tub. Well, since water was coming from under the tub during the time of the slab leak, the wood under and around the tub area started to smell and had to be removed as well. **AA Demolition arrived on time and went to work. They were professional and cleaned up very well after the demo. The house was able to air out and properly heal from the devastation. We were extremely pleased because we were able to work with a blank slate, instead of damaged material that emitted musty odors. If you need a demo just done within a day, contact Alejandro Aguilar for a job well done!!!

Description of Work
Demolition of kitchen, bathroom, and closets after significant water damage.

All I can say is thanks for believing in what I'm doing.
5.0

Description of Work
They demoed a duplex house. They removed all the drywall and left the house to the studs.

Thank you for the opportunity you gave me to do your job. I look forward to work with you as well as in the future again.

We Do Not Remove Asbestos, Lead, Paint Or Any Other Hazarous Materials