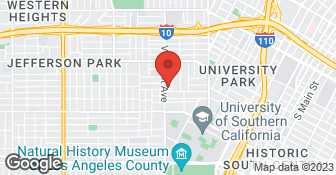 We hired 21st Century (also dba ''Pacific Coast Home Improvement'' and ''South West Construction Company'') because a friend whose work we admire was manager for company. But company was so unprofessional that even he quit by the end. Biggest problem: horrible time mgmt and attention to job. Project contracted in March for 8-10 wks after city approval, finished in Jan because they would disappear for weeks and not return calls. Theft of 75 year-old garden gates, original to house, by demo co also frustrated. Reimbursement deal worked out, but small comfort. Co. hires sub-contractors (who hire unskilled labor) for work but don't manage. Concrete subs were excellent; electrical and paint subs were good. Tiler had to redo Saltillo 3 times, and many problems with detail work we had to pursue. Major language probs--most in co. and subs don't speak English well, affecting communication about job. Major trash problems, like living in a dump for months. Wouldn't recommend them.

Call today for a free consultation 818.858.9840 General construction and remodeling company. We specialize in design and remodeling of Bathrooms, Kitchens, Complete Home Remodelings, Garage Conversions, Roofing and much more! In the process of creating your dream home, our goal is to provide you with the most up-to-date ideas and solutions. At "Better Together", you will find the most professional team of contractors, interior and exterior designers, engineers and architects. A "one stop shop" for all your remodeling needs. Our team builds and remodels homes with various styles such as: traditional, Spanish, modern, contemporary and beyond. Call us today to get your in-home FREE consultation! Hand in Hand we will make this experience unique and successful. So let's make it Better together!  …

Specialties: As a full service local home remodeling company, Feel At Home Builders & Design is fully licensed, bonded, and insured to build any new residential construction and remodel any indoor or outdoor area of your home. While offering our home remodeling services, we know that homeowners want to see what they’re getting before the job even begins. For this reason, we offer exquisite 3D design plans so you can see the end in the beginning. Our workers are highly experienced in detailed craftsmanship for all your remodeling needs, including: Additions, room extensions, outdoor remodeling, creative pool design, firepits, electrical, tile, masonry cement and brickwork including pavers, hardscape and waterscape, painting, custom decks and patios, flooring, roofing, turf and all types of creative landscaping. Our company has been family owned & operated since 1992 allowing us to not only have more than 25+ years of proper industry skill sets, but we also learn as fast as the construction world is changing. Most importantly, we listen to your needs while allowing our experience to give you different options to turn your dream into a reality. History: Established in 1992, catering to each client individually is what makes Feel At Home Builders & Design stand out. Feel At Home Builders & Design is a licensed general contracting company with over 25 years of industry experience building and remodeling different types of uniquely designed homes throughout Southern California. Our honor and loyalty to our customers ensure that every single customer of ours get a creative and beautifully detailed home remodel from start to finish. We originally formed Feel At Home Builders & Design because we had so much more to offer than just “industry standards”. We sincerely took every golden nugget of feedback from every customer we have ever worked with and evolved our company into a high-tech home remodeling company.  …

Creative Home Remodeling Group is a family owned business with a professional crew that has been working together for almost 15 years. We desire to enhance the lives of our clients by providing high quality projects with hands-on service and minimal disruption to the family environment, building trust through communication and attention to detail. Since 2000, Creative Home Remodeling Group, Inc. has helped Southern California area homeowners make their remodeling dreams a reality. Our experienced craftsmen and personal attention to every project ensures that every customer is 100% satisfied. As the owner, I personally oversee every job from start to finish along with my staff. Once a job begins, you can be assured that each day we will be working towards it's completion. As a member of NARI, I have pledged to live up to the organization's high standards of honesty, integrity and responsibility.  …

21ST CENTURY HOME REMODELING is currently rated 2 overall out of 5.

No, 21ST CENTURY HOME REMODELING does not offer eco-friendly accreditations.

No, 21ST CENTURY HOME REMODELING does not offer warranties.