Free Consultations!! Over 20 years experience with owner involvement on every job. Servicing the Sacramento County and San Joaquin County community, Schatz Construction & Restoration is a comprehensive local provider of exquisite residential and commercial remodels, flawless new construction builds, and seamless additions. Focusing on quality and service, we want our customers to be happy with the work we do. No matter the size or complexity of the job, we always aim for complete satisfaction and delivering the kind of final results that drastically improve your property. Your new construction or remodel is right around the corner.... 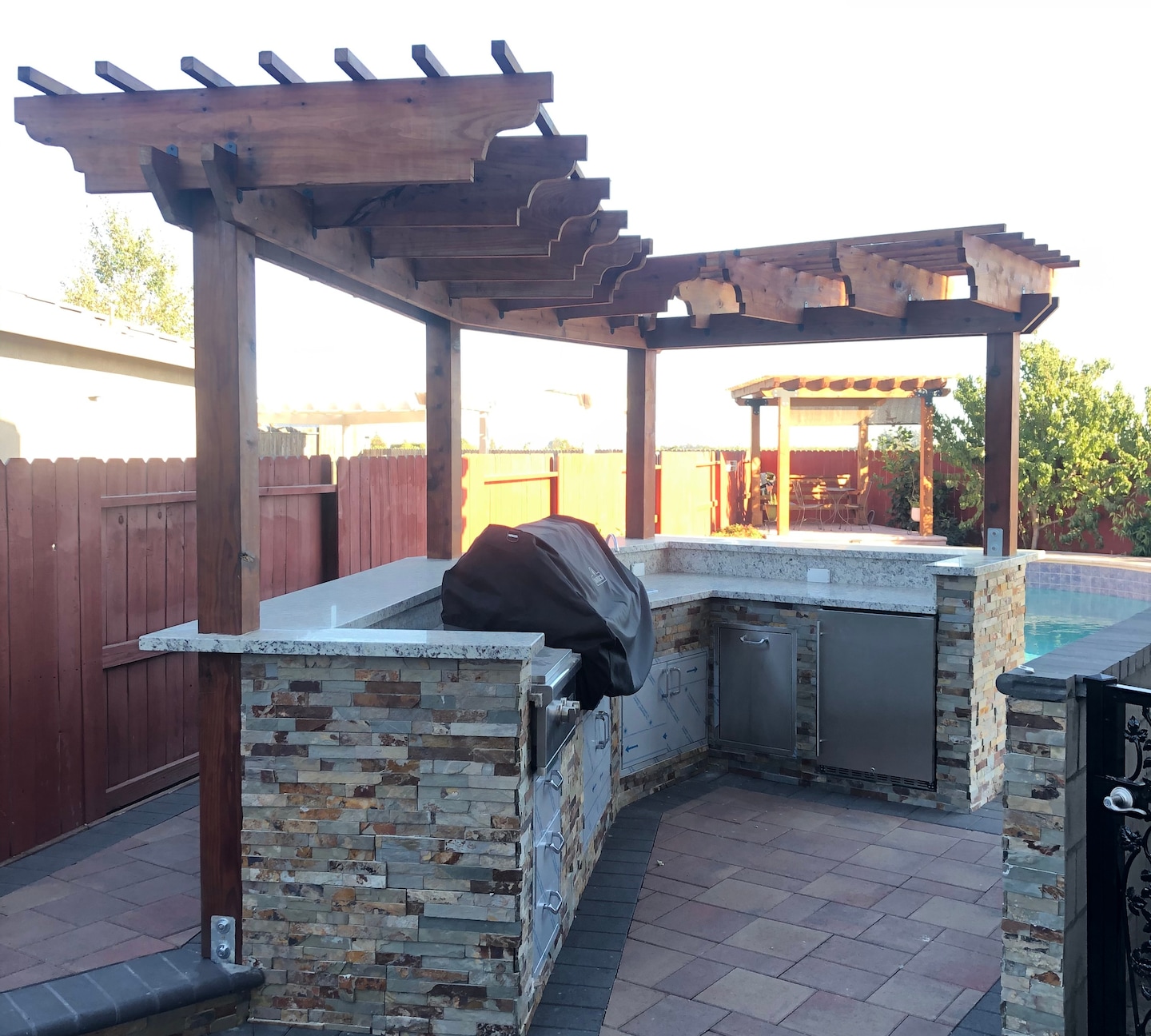 Jeff and his team were amazing. They were willing to work with us on changing the contract and working with how much we could afford. Me and husband are very fortunate that our neighborhood watch recommended them to us. We wouldnt have a amazing result and work without this company. The whole project was completed in a timely manner and everything came out so beautiful im still shocked on the outcome. I would definitely hire again for future remodels. Thank you so much shatz construction. Trully greatful.

Thank you so much for the kind review. We are very appreciative to get to work with great clients such as yourselves. It’s amazing what we can accomplish when we work together. Enjoy your beautiful new home.
5.0

I had an excellent experience with Jeff. All work was completed to my approval. The siding crew went above & beyond my expectations. The electrician was prompt and very thorough. I am extremely pleased with the end result. All in all, the crews that came to the house were polite and respectful and got the job done. I look forward to working with Jeff & Ryan in the near future remodeling a bathroom.

Well done! my wife and I are happy with the job Schatz Construction have done. We thought their help to convert a large loft to a bed room and a Den. Jeff the VP and his superintendent Robert were very professional and easy to work with. They kept us in the loop in all phases: planning , construction, city inspection, etc. We would Strongly recommend Schatz Construction.

Description of Work
Converting a loft to Bed room and Den

Thank you so much for the kind review. I am so happy you like the job we did. We appreciate your business!
5.0

Jeff and his man did a wonderful job. I am very happy with the workmanship. I am arranging to have them do some remodeling inside my house next. Over all the price was right, workmanship above expected.

Description of Work
My home in Stockton California

Thank you so much! It was our pleasure to take care of your siding repair for you. Looking forward to the next job.
5.0

Jeff, the VP of Schatz Construction from the very first phone calls after a satellite view and then the visit on our property, has been completely professional and concise in answering our questions. The draft came in a little later than we were first told and has been revised once at this time. I feel completely confident in this company should we move forward with the project

Description of Work
Consulting and drafting of in law structure

Thank you for the kind review [Member Name Removed]. We really appreciate your feedback. Looking forward to working with you further.
5.0

Very professional. Was kept in the loop the whole time and never felt left out of the decision making.

Thank you for the great review! We were lucky to get to work with such great people. We hope you enjoy your beautifully remodeled home for a long time!
5.0

I worked with Jeff to figure out options for our range hood situation. Jeff was kind enough to spend 20 minutes on the phone getting an idea of options for our cabinetry and venting situation, and then come out to our house for a free consultation. I really appreciated his willingness to discuss the best option for our house, even if it meant less business for him. If we can't do this project ourselves, we will absolutely be calling Schatz back to finish the work we need.

Thank you so much for the kind review! Glad I could help. Don't hesitate to reach out if you need further assistance.
5.0

Very well done. On time; schedule. Excellent work. Professional. Flexible and adaptable to any changes we requested. The kitchen looks amazing. Would recommend 100%.

GREAT! The team in general are very knowledgeable with quick response, Their rates are very reasonable and don’t compromise the quality of their service; I’ll definitely hired them AGAIN AND AGAIN! One thing that we love, is their compromise to the details more leaning to the perfection. THEY JUST DO IT RIGHT!

Thank you so much for the great review! We really enjoyed working with you! I hope we can come back and take care of all your future remodel needs.
5.0

Everything went well, after a late start due to the COVID virus. Original planning and cost quotes by Sunny made it very easy, with her knowledge and experience. From the start, they made sure the dust stayed in the construction area. The workers were pleasant, and the different construction teams worked well together. The demolition, removal of cabinet doors, electrician and drywall work, installation of the new cabinet and countertops was well organized and completed in a timely fashion. We were always kept informed as to when work would be done and what to expect. We are very happy with the outcome, and the kitchen looks fabulous. Glad to have found Schatz Construction.

[Member Name Removed], Thank you so much for the A rated review. It was a pleasure working with you. Enjoy that beautiful new kitchen!!
1.0

I reached out to Jeff after finding him online. Spoke to him on the phone, seemed very professional, slightly salesy, but as a fellow business-owner during a pandemic, I'm okay with that. We scheduled an appointment for him and his team to come on site to give us a quote on putting up some drywall in a warehouse I just leased. Several days later, I received a phone call from Jeff with his quote (nearly $40,000 to put up some drywall and paint). I asked him to send it to me in an email and that I would evaluate it against the other quotes I received and that we were still waiting for a few more. The next day he texted me, "My guys are waiting for me to give them the green light to start your warehouse. Can we get this job going?". I let Jeff know we found a significantly lower quote. He warned me that something is off and that I should scratch my head because something is missing. After several days, I let Jeff know that we decided to move forward with another company. Coincidentally that same day, the city receives a local "anonymous" tip that there may be a remodel going on without permits. Ironically, Jeff advised us multiple times that we wouldn't need permits for the type of work we were trying to do. Very petty move to do to a new business in a statewide lockdown. Jeff has shown his true colors and level of professionalism. Thanks and good luck, Jeff.

Description of Work
Receive a quote for potential work to be done on a newly leased building.

I had a great experience with Schatz Construction. They installed new quartz kitchen countertops, backsplash, sink and faucet, disposal, new stove/oven, new hood, etc. They showed up on time and were pleasant to work with. The job was finished before the estimated time frame given. They even took the time to clean the house every day before they left. I would recommend Schatz Construction to anyone.

Thank you [Member Name Removed]! We enjoyed working with you! Enjoy your new kitchen!
5.0

Excellent customer service. Jeff was a huge help in dealing with my insurance agency and always kept me updated on the progress.

Description of Work
Closet and balcony rebuilt due to water damage

The project to completely renovate the kitchen, bathroom, bedroom and family room for a 1 bedroom condo was completed on time and on budget. The Estimator and Superintendent was professional and did a excellent job.

Description of Work
Renovation of condo

Fantastic, very professional and promt.. Would recommend to anyone.

We were in escrow to purchase a house that had questionable add-on work. The add-on work raised some serious questions for us and we needed an expert opinion. We called around to a few construction companies and hadn’t heard back, however Jeff responded the very same day. He walked us through some concerns we had with a polite and honest approach. The information he provided was clear and helped us in making our final decision. Thank you for your quick response!

Thank you for the kind review [Member Name Removed]! It was a pleasure speaking with you. I hope we can help you on future projects.
5.0

Extremely well, project contractor kept us well informed and dropped by to check on progress and goals

Thank you for the great review [Member Name Removed]!! We are honored to have remodeled your bathroom!
5.0

The Schatz team we dealed with consisted mainly of Jeff, and Robert. These are two great individuals. Very professional, and organized, meticulous, and courteous. They communicated very well with my wife and I and most importantly were on time on budget and we couldn't be happier with the results. Would highly recommend and use again in the future. Thank you...

Very well. The work was efficiently done and they cleaned up and used a blower to make sure there was no sawdust left. My house looks beautiful.

Description of Work
dry rot and fungus infestation on trim and under the eaves of our house.

Thank you [Member Name Removed]! We appreciate your business.
5.0

Our kitchen turned out exactly as I wanted if not better. We had our cabinets painted, the island in the kitchen was extended with shelving, new quartz countertops, tile backsplash, sink, new floor and baseboard. We had our entryway floor replaced and new baseboard. Our laundry room had cabinets painted, flooring and countertops and all the baseboards in our living room were replaced and painted. The team was very professional and quick to respond to any questions or concerns I had and they stayed within the time frame that was discussed. Overall I am very pleased with the result and can't wait to work with them in future projects. Attached photos are before and after

Its absolutely amazing. It looks like it is in a model home. They but counter tops. They did everything but the floor. They did the electrical and put in a new lights in the ceiling. Since they completed it I can't find anything wrong and put it a pantry too.

Description of Work
They completely remodeled the kitchen.

This is the fourth project that they did for me and they were very good. They were on time, professional, thorough, and had a fair price.

Description of Work
They remodeled my kitchen, bathroom and did a complete plumbing works.