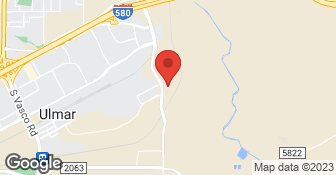 We specialize in all phases of landscaping, pool maintenance and more! We guarantee your satisfaction, and we won’t leave until the job is done right. We pride ourselves on the quality work we provide, while delivering great customer service! Check out all the services we offer below and call -or- click to schedule a free estimate today!  …

We are Pool & Spa specialists, We provide pool & spa service and repairs, We offer; Full service Chemical service Chem-plus service, Installation of the newest pool equipment on the market Automation Pool Pumps Pool Filters Pool Cleaners Heaters Salt systems We specialize in; Energy efficient pool equipment that saves the customers up to 90% on electricity, We guarantee CRYSTAL CLEAR WATER in 7 days, We have 15 years experience, We are; CPO- certified pool operator, CPI- certified pool inspector, CAEI- certified aquatic equipment installers We will be happy to answer any questions you might have about your swimming pool,  …

Everyone I dealt with was pleasant and professional. California Gunite made the best overall bid out of the three that I received. The resurfacing and the lights were done well. However, the safety drain installed in the deep end of the pool, which is long and narrow (cigar shaped) was installed noticeably crooked. It looks really bad, and should never have turned out this way if it had been installed with reasonable care. California Gunite was made aware of this problem, acknowledged it, but offered no recompense. I guess they stand by their work.work.

Description of Work
I had my swimming pool and spa replastered with two new pool lights installed.

The service was very good. They were easy to deal with and they were alert and responsive to our needs and concerns. They explained clearly what they were going to do and they did a fantastic job.

Description of Work
I used Califonia's Gunite & Pool Plastering to do repairs and refurbish an old hot tub.

She was excellent and made things happen. She knows pool and she was able to get the rest of the people on time and do a quality job. They were wonderful. Their workers were professional and always working very hard.

It took them three months to finish the job. When they finished it, it was beautiful. I loved them. The people that I've talked to from the company were very good. They made me feel really secured. Their price was right in the middle and it was good so I was satisfied with it. Their professionalism was also great.

Description of Work
I used California's Gunite & Pool Plastering a month ago for re-plastering and remodeling the swimming pool.

The project overall went well and we are very pleased with the outcome. It took about five working days, spread over weeks because the company was busy and had several jobs going on simultaneously, plus a rain day held things up at one point. They removed the old faded plaster walls and bottom of the pool, removed the decorative tile that went around the top of the pool walls, and split the pool's bottom drain into two drains. This is a safety code issue -- residential pools in my area can't have one drain, because it exerts too much suction and can trap a child, someone's hair, etc., so they split it into two drains, each with only half the suction power. Then they installed new pebbly-surface material on the walls and bottom, and new granite tiles around the top of the walls. The pebbly surface product is called and quot;Pearl Matrixand quot; and is manufactured by a company called Wet-Edge. It looks great, and we are pleased with the results. Two minor issues to report. One, they used our garden hose for various purposes during the project (which is fine), but it's rough duty for a thin little garden hose. In doing so they broke our hose nozzle and kinked the hose. Two, they did get a lot of pebbly dust all over our patio. Cleanup could've been a bit better. However, I am cutting them some slack because the crew was working in hot sun all day on the project. Pretty rough duty. We did not redo the concrete and quot;deckingand quot; or walkway around the pool, just the pool itself. We will do the surrounding concrete some other time (it will cost almost as much as the pool resurfacing did). I would use California's Gunite again and would recommend them.

TERRIBLE EXPERIENCE. VERY UNPROFESSIONAL COMPANY THAT HIRE SALESMEN TO ALSO MANAGE JOB. THEY HAVE NO IDEA OF WHAT TO DO, AND THIS ENDS UP COSTING TIME AND LOTS OF MONEY. WOULD NEVER HAVE THIS COMPANY WORK FOR MY WORST ENEMY. ON TOP OF THAT THEY ARE ARROGANT AND HOT HEADED.

THIS COMPANY WAS VERY GOOD. THEY SHOWED UP ON TIME READY TO GET THE JOB UNDERWAY. THEY DID A HIGH QUALITY JOB ON THE POOL AND SPA. I DID FEEL LIKE THEY SHOULD HAVE FOLLOWED UP ON THE JOB A FEW DAYS LATER AND THEY DID NOT.

Description of Work
CALIFORNIA GUNITE AND PLASTERING, CAME OUT TO DRAIN THE POOL AND SPA PREP THE TWO AREAS FOR REPLASTERING.