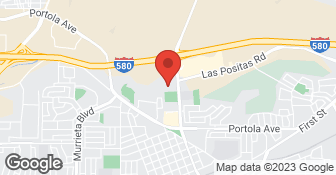 Making a decision on a contractor for a solar power installation is not an easy or comfortable decision given the investment involved and the relative unfamiliarity of the technology for most people. I used EnergySage to give me a number of quotes, all of which were from non-local companies, but it did give a comparison of pricing and equipment, so it was easy to eliminate those which were expensive or offering panels from less well known equipment manufacturers. I settled on American Array Solar and Roofing who offered Panasonic panels and Enphase inverters at a reasonable installation cost. I assumed there would be snags or hidden costs and I would need to have quotes from other companies but the process that American Array offered was simple, fast and efficient. When I needed some options, the costs were defined upfront and never changed at any time so in the end, there was just no need to try other companies. Communications with Kieran, Adam and Mary were very friendly and efficient. They were always fast in responding to questions. Installation was done very effectively and faster than anticipated. My original target installation date was given as July 18th but it was completed on June 28th. For the service, product and cost that they offer, I would not hesitate to recommend American Array Solar and Roofing.

Other than a slight delay in the overall completion it went without any issues. Delays for the most part are out if their control i.e. power company or city permitting.

I am extremely satisfied and happy I choose American Solar Array. I was skeptical and worried about purchasing something as expensive as solar, but it turned out better than expected. I got 370 Panasonic panels with Enphase Micro-inverters for thousands less than other bids that used lesser quality equipment. Adam seemed to lead the whole project. He was helpful, responsive and effective. I asked to change the design of the panels after the design process, and he did it immediately without push back. Fernando, the electrician/installer and his crew were fantastic. Fernando explained anything I asked and was completely customer focused. His team was neat and efficient, and the job looks perfect. I am so relieved and impressed with their professionalism. Make sure you try to get Fernando and his team as the installers.

Description of Work
solar system on my roof

Everything was done on time. I really appreciated the calls that were made to notify me of the progress of the installation of the solar panels.

I found American Array searching online and I was surprised the quote was already a much better deal compared to everything I had received. Then they brought a great financing option and executed the project really fast and with high efficiency and quality. My experience was great and that's why I recommend American Array.

Once work was scheduled, it happened.

It went extremely well! Omar and I designed the system and after nearly one year we achieved the power we designed for. I incurred a minor problem with some panels producing 30% less than their neighboring panels. Adam got on this problem immediately. He sent out his crew to replace these panels, then their inverters at no cost under the 30-year warranty. And, American Array was cost competitive and a little less than 2 other vendors. I would use American Array again and recommend them highly.

Description of Work
We designed, permitted, and installed a 23 panel solar system with American Array. I worked with Omar on the design and Adam with the operation and some minor repairs covered under their warranty.

We successfully used EnergySage to get broad range of quotes for our solar install completed May 2021 in Moraga CA. I had shortlisted Solar Optima and American Array Solar as they both had teams that were local and did not use contractors. One of the key reasons I selected American Array is I consistently spoke with the same person from the first quote until the signing of the contract. Julene was incredibly prompt on every question I asked and never pushy. I docusigned on April 7th and paid the final invoice May 14. Post signing there was continuous communication on the process, design and submitting the permits. I read reviews on many companies with a lot of drama which I am sure in cases was warranted. Our install with American Array was zero drama and it was incredibly easy. The install took a day, and the installers were all great, down to earth people and happy to talk me through how the technology worked. They were very organized and set up tables with all their supplies as a production line and that gave me even more confidence, they know their craft. They did not leave any trace they were here other than the panels on the roof. It’s a big decision and if you are like me and have read the horror stories you worry. I would recommend American Array to my closest friends. Good luck with your search.

Perfect! Already seeing a difference in the positioning!!

It is wonderful experience working with Adam and Lorenam. We need to replace a couple of fascia boards on roof and install Solar Panels afterwards. American Array Solar has amazing teams. The entire process worked smoothly. Adam and Lorenam have taken care of every details on scheduling, design, permit and software monitoring. Technicians did great job on installation thus inspection passed immediately. The price is very competitive. We now have Solar Panel provide electricity to the house for clean air and life time saving on electricity bill. It is one of the best decisions that we have made to go with American Array Solar who are professional, and would defenitely recommend to anyone considering Solar energy or roof projects.

It went better than expected! I've also needed service after the install and they are so quick and easy. This is the best place to get solar installed!

I never heard a peep out of them

Description of Work
No work was done

The whole process was very smooth and efficient. American Array is well-organized. They provided a great initial bid, worked with me to tailor the specifications to my needs, and then completed the project quickly and on budget.

Adam was amazing! He helped me through every step as I’m a new homeowner and was slightly clueless about solar panels. We had a few hiccups along the way but he was so understanding and was willing to help me out. Highly recommended to all my family and friends.

Our experience with American Array Solar has been fantastic. We had actually signed with a different company, but decided to go with American Array. They gave us a better product with a better warranty and at a much better price. However, what I am really impressed with is their customer service. Our original company told us we would have our system installed within six months. American Array did it in two months. We did have an issue with one of our panels. I noticed that it had stopped producing electricity. I called Adam from Solar Array, and he had a technician to our house in three days. The panel could not be repaired, and they replaced it right away. No hassle at all. I made one phone call and it was fixed. I was very impressed. I highly recommend this company.

Great company went above and beyond

After getting denied by another solar company, I lost interest in going solar, but David Bustos a representative of American Array Solar came to my house and helped my family by educating us about solar, explained everything in full detail on how much my solar energy system would cost and now my $400 a month electricity bill went down to $100 a month with Zero out of pocket. This service makes nothing but sense. I recommend you call them for a free consultation specially if you already have been denied by other companies.

I am a one person owner and 5 good guys that work under me I watch what they do I am also on site with them as we work we are fast and easy to work with if it your roof or painting or just Handyman work I will make sure it done I love to help people to make them smile when They need the right things done I work with them to make it easy on them and around their schedules thank you and have a blessed day!  …

Solar Energy Consultants, SEC, is a full-service solar energy company that delivers a premium customer experience before, during and after going solar. INSTANT QUOTE: You can get a quick quote by visiting our website and clicking on the "Get Estimate" tab. https://sec.services/ EDUCATION: Our process begins by providing a no-bs customer education of all the need-to-know-facts about how solar works so you can make the best decision on your solar solution. TIER 1 EQUIPMENT: SEC only offers the industry top-performing equipment that comes with the best 25-year manufacturers warranties for the long term. PROJECT MANAGEMENT: A solar installation has a lot of moving parts that require attention, so you will be assigned a project manager that handles your entire project 24/7 and keeps you informed. FINANCING: Whether you plan to pay for the system outright or plan to take advantage of our $0 down, loe interest, low payment finance options, we’ll make sure you have what you need to go green and start saving! COMPLETE SERVICE: Our services include new solar system installation, battery backup systems, generator installation, roofing, HVAC, plumbing, and electrical services. GO 100% ELECTRIC: We can also help with converting your home to 100% electric and then providing solar to eliminate your entire utility bill! EXPERIENCE: SEC leverages 10 + years of solar design and installation experience with well over 1,600+ solar installations. PLUS: For over 7-years SEC has been providing solar system troubleshooting, and repair services for thousands of solar systems that were originally installed by other solar companies. MAKE IT SIMPLE: We know that with all the options you might encounter that choosing the best system for your home can be challenging, especially when proposals are usually so different from one to the next. To help, SEC will provide you with the how-to tools you need to narrow the playing field at no cost. Give us a call and we’ll get you ready to go. INSTANT QUOTE: You can get a quick quote by visiting our website and clicking on the "Get Estimate" tab. https://sec.services/  …

At Cosmic Renovation and Roofing, we offer years of professional experience and product expertise. We specialize in high quality residential upgrades and services such as roof installations, cool roof paint, solar installations, windows, full home remodeling including kitchen, bath and room additions as well as hardscape and historical house renovation. We take pride in combining innovation, industry knowledge and exceptional customer care with every project we do.  …

American Array Solar is currently rated 4.9 overall out of 5.

No, American Array Solar does not offer eco-friendly accreditations.

Are there any services American Array Solar does not offer?