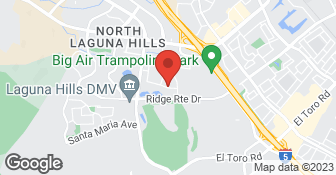 We are open for all residential service needs

We are operating under COVID-19 protocol. We offer FREE estimates & video consultations! After Hours Emergencies are available also. Please Call Owner Pete Directly (949) 292-4453. We are a family owned residential electrical company serving OC since 1991. Same employees for over 20 years! We specialize in energy efficient LED lighting, 240V electric vehicle outlets, ceiling fans, cable runs, recessed can lights, electrical panel upgrades, all troubleshooting, repairs, & remodels. Evening & weekend emergency service available. Please compare our estimates to other Work Comp/Licensed Electricians! Visit www.cslb.ca.gov. If you see a review that mentions a company having a great team, guys, or crew - They need Work Comp Coverage and shouldn't show as Exempt on CSLB! Opens up you, the homeowner, to great liability!...

From start to finish, Armes Electric was fabulous! The communication ahead of time was flawless, with Pete and his office answering any questions I had… and even e-mailing me a link to the part I would need so that I could order it myself and save some money. I had a replacement bathroom fan installed, as well as some light switches (dimmer) fixed. Armando and Collin were FABULOUS! They were so nice, efficient, and did everything in a very short amount of time. It surprised me how quickly they were able to get everything done.

WOW!!! I talked with David on the phone and he coached me through removing a broken light bulb that was stuck in a recessed lighting socket. I was greatly impressed with David's HONESTY AND INTEGRITY!!! He saved me what would have been a $200 visit. IF YOU'RE LOOKING FOR AN ELECTRICIAN THAT'S OUT FOR YOUR BEST INTEREST, THAN GO WITH ARMES ELECTRICAL INC!!!!

Description of Work
Recessed light bulb broke off in socket

Very clean with the job and professional. No surprises with the price. Definitely recommend them.

Perfect! Showed up on time, friendly and did excellent work!

Pete Armes, owner of Armes Electric, is our Christmas hero! Right after Christmas breakfast was cooked, my adult daughter noticed that the refrigerator light had suddenly gone out, and we eventually realized that much of the kitchen’s electricity was out. Switching the circuit breaker didn’t work, so my husband called Pete, as they had done an excellent job of putting in a new electrical outlet for a new garage opener a year ago. Pete was honest, kind, and gracious to interrupt his own Christmas morning to figure out what was wrong over the phone and SAVED THE DAY! This was the second time we have been impressed. A year ago, Markus had also been prompt, came out for the bid very quickly, communicated clearly what he would do and returned at a time convenient to us to finish the job extremely well so we could get our garage door in record time. Since we and most of the Saddleback Valley have homes between 40 and 20 years old, it is a nightmare to have an electrical emergency on a holiday. Armes Electric has proven to us several times that they put the homeowner first and that they are impeccable in their trustworthiness and service. We had used other highly regarded electrical companies in the past but we are convinced that Armes Electric is the BEST! Thanks, Pete, Markus, and the staff!

Description of Work
Putting in new electrical outlet in garage

Dean and Reed A.

It was excellent! They were on time, professional and the price was very fair. They would be an excellent company for any electrical work you need in your house. They did good work.

Description of Work
They did an electric work in our house.

Brilliantly. The staff was kind, professional and quick. Everything was done in a matter of hours. I honestly thought it would be several days. I would not hesitate to use them again or recommend them.

Description of Work
Diagnose why half of the house had no power; lights and plugs

it was masterful --- not only did the repair tech determine the source of the problem lickety-split and fix it; he also went a step further to assure that our home was originally wired correctly and found that all of our GFCI labelled outlets were not in fact wired as such, corrected the wiring gaff and installed updated GFCI's to assure our family's safety --- oh, yes, he also fixed an outdoor light as an encore - and this was done quickly and efficiently!!!! This is the second time we have utilize their service and could not be happier (and now we are safer!!!)

I called and talked to Pete, the owner, on a Saturday evening. He asked me about the problem, and advised me, based on what I described, to call SCE because to him it sounded like it was related to their power feed from the street. He further advised that if that was the problem they would fix it at no cost. He said if that was not the problem, then he would arrange to come over and diagnose further, but was pretty sure it was a SCE issue. In fact, Pete was right, SCE service came Saturday night and diagnosed the problem, and is fixing it. So thank you Pete for your integrity and sound advice, and for offering to do what it takes to resolve the issue, even if there is no financial benefit. You can be sure that when I need a licensed electrician, I'll be calling Armes.

Description of Work
My power went out for half of the house.

Armes Electric Inc is currently rated 5 overall out of 5.

No, Armes Electric Inc does not offer a senior discount.

Are there any services Armes Electric Inc does not offer?