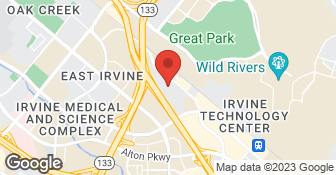 We hired Maximum Pools to repair a leak in our pool. They said that the leak they found extended up through the tile which would require resurfacing and retiling the entire pool. After having the work done, the pool still leaked. We asked them to stand behind their work and fix the leak. The owner had the nerve to tell us that Maximum Pools does not fix leaks and that we had not asked them to fix a leak. He said we had asked them to only resurface the pool...an out and out lie! He said to take him to court if we didn't like it. I had another company, Mission Pools, come in, and they not only found the real leak, but had it fixed in no time. I never intended to go to the expense of resurfacing and retiling. I only wanted the leak fixed. Maximum Pools cost me an extra $6,000 for something I didn't need. If you decide to use Maximum Pools, make sure everything is written properly in your contract because they won't stand behind their work if you don't.

Description of Work
The actual work done was resurfacing and retiling the pool.

On February 23, 2012 Member meet with us on a proposal for plaster and tiles. Member received a proposal on the following: Plaster, Tiles, Trim Tile, Lights, Main Drain Covers, Eyeball Fittings and Repair Small Section on Coping. At that time, we indicated he also needed to have his decks redone due to the fact the deck was pushing on the pool and spa and there was no expansion joints. A leak in is pool or spa was not discussed at any time during time of the first appointment. We were never told the pool and spa was leaking. On March 2, 2012 Member signed the contract at our office for Maximum Pools, Inc. The contract did not state any leaks on the pool or spa. Member signed the Contract, Start Up Instructions and the White and Colored Interior Finish Agreement. Maximum Pools, Inc. proceeded with work on Member pool and spa. WE drained the pool and spa, demo plaster out. We were never approached by Member regarding any leak in the pool or spa. We then proceeded with the tile work and repairing some of the coping. The plaster was the last on this project. Still Member did not indicate anything regarding a leak in the pool or spa. Member did send an email to fix some tile work on his pool and provided a photo concerning what he wanted done. AS we went ahead and fixed a couple of tiles we noticed that the prior installation by a prior builder had installed the brick incorrectly. As a result, Maximum Pools, Inc. reinstalled the bricks in another area for no charge. About 1 month had passed after we replastered his pool and spa we received a phone call from Member Pool Service requesting information concerning when the pool and spa had been replastered. We replied that Member had received the start up instructions when he signed the contract and was told to give the information to you and his Pool service. The pool service should have taken care of the start up. However, the pool service stated they were never notified concerning the Start Up and now the plaster had to be done on extra start up service to make sure that every aspect was taken care of at a rush basis. The Start Up is the most important process and needs to be done according to the instructions that we did provide to Member. But needless to say Member did not provide this Information to the pool service to complete the start up as recommended. This process needs to be done right after the pool and spa is filled with water not 30 plus days after it has been done. We did ask Member if he wanted a referral for this service but he declined. Several months passed. Sometime in September 2012 Member called us and said when he hired us he hired us to fix his leak. He said he did not want to replaster his pool and spa nor retile his pool and spa. We replied we were hired to replaster and retile the pool and spa as indicated on the proposal and on the contract. A leak was never addressed at anytime. Maximum Pools, Inc. will come back to look to see what can be done to help Member with a leak in his pool (if there is any) but there would be a fee for fixing a leak. We did not know where or what was leaking and needed to investigate the problem. Member declined the offer and said that he would take us down. Maximum Pools Inc. is a very successful company providing with integrity all of our Service to our customers. We have always helped our customers if there is a problem such as cracking gunite. We always point the customer in the right direction for any help they may need. This is why Maximum Pools, Inc. has become one the leading companies. We did not build Member's pool and spa and cannot control what happened as a result of that prior defective construction. The true fact is any pool and spa has a lot of movement and as a result may begin leaking. Pool Plaster does not crack gunite of a pool or a spa in anyway. Member did not accept our offer to investigate any possible leak.

Maximum Pools Inc is currently rated 1 overall out of 5.

No, Maximum Pools Inc does not offer eco-friendly accreditations.

No, Maximum Pools Inc does not offer a senior discount.

No, Maximum Pools Inc does not offer warranties.