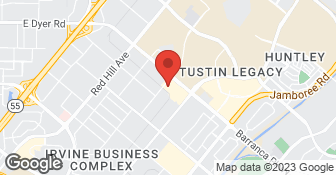 Max called me and set an appointment originally for 4 pm. Then, he called back and asked if he could come earlier! This was incredible! He showed up exactly when he said he would. He was courteous and friendly, and really knew his stuff. He had everything he needed with him, so he didn't need to quote me and then set up a future appointment for the install - he got it done right then and there. He gave me options and suggestions, rather than "you-need-tos". The only reason I give a 4 instead of a 5 is because I could not pay with a check - it had to be cash or card, but with a card there was a fee. I had to go to the bank and leave Max there while I did so or end up paying $100 or so in empty fees just for using my card.

It went perfect. They gave me a good price, they explained everything from why it broke and fixed it.

Description of Work
They changed the spring for the garage door.

Best Garage Door Repair and Service is a full-service garage door repair and maintenance company proudly serving the Southern California community. We are licensed, bonded and insured. We are a family-owned and operated business, so we understand the importance of building customer relationships. Therefore, our highly trained, friendly technicians are always available to answer questions you may have about our services or your garage door in general. We dedicate our time to providing our clients with the highest quality service possible. Therefore, we offer same-day service, prioritizing your garage door needs. We know your time is valuable, so we ensure we get the job done right the first time. Best Garage Door Repair and Service also offers a warranty on all of our work, so you can be confident that we will repair your garage door properly.  …

No License Required for Trade
Insured
All statements concerning insurance, licenses, and bonds are informational only, and are self-reported. Since insurance, licenses and bonds can expire and can be cancelled, homeowners should always check such information for themselves.To find more licensing information for your state, visit our Find Licensing Requirements page.
General Information
Free Estimates
Yes
Eco-Friendly Accreditations
No
Payment Options
Visa, MasterCard, Check
Senior Discount
10%
Emergency Service
Yes
Warranties
No

Garage door repair is currently rated 4.5 overall out of 5.

No, Garage door repair does not offer eco-friendly accreditations.

No, Garage door repair does not offer a senior discount.

No, Garage door repair does not offer warranties.