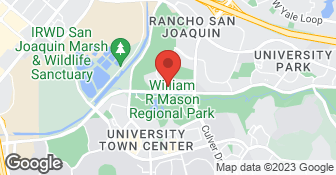 Installation, Renovation, and consultation of all your home needs.

He only worked a few hours (arrived at 8, left by noonish) on the days he chose to work. His quality was poor and I had to hire a different company to fix what he did, which ended up costing me double the original estimated price. His pace was miserably slow and was taking weeks longer than it should have. I ended up firing him after seeing the work that was done. The tile work that I didn't have redone is now cracking and looks like it won't be lasting very long. He told me he was licensed but I looked him up on the california contractors website and he is not! His brother was his helper, and did most of the work; he was actually a nice guy. A large bottle of Grey Goose vodka disappeared from my home one of the days he was here (I have NO proof he took it, but I believe he did). Now, he won't answer my phone calls, texts and emails.....classic! My neighbor also hired him for work in their home and now are also having to utilize a second company that has to fix his unacceptable work. He won't answer their phone calls either.

Description of Work
Tiled my new wine cellar, changed out my baseboards and casings, and put in a new tub and tiled the surround.

#1 Artificial Grass Company in California We carefully and closely work with your vision to help you create an invigorating and functional space with artificial grass, putting greens, pavers and more... that not only looks great but is also one that can be enjoyed for many years with very little maintenance and a lifetime warranty!  …

Black Diamond has been family owned & operated since 2004 with local offices in San Jose, Novato, San Mateo, San Ramon, Santa Cruz, Carmel, Sacramento, and Thousand Oaks. With an exemplary reputation of being the leader in paver stone and landscape design & installation throughout California, our company's ultimate goal is to provide an exceptional client experience. Our family of experts will create your custom Dreamscape with a commitment to professionalism, quality, value, and customer service. We work with "Experts Only" to achieve 100% customer satisfaction by offering the highest quality work, including a 27 year warranty on paver installation & a lifetime warranty on paver stones.  …

Augustus Masonry, Inc is currently rated 1 overall out of 5.

No, Augustus Masonry, Inc does not offer eco-friendly accreditations.