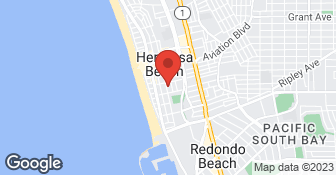 We are a licensed, family owned and operated buisness that has been serving the greater Los Angeles, Beach Cities, and Orange County areas. We provide superior workmanship at an affordable price. "There Is No Job To Small" Affordable - Professional - Friendly Senior Citizen and Military Discounts 24 Hour Emergency Water Heater, Plumbing, Heating and Air Conditioning Services Monday - Sunday 7am - 8pm...

Description of Work
The estimate wasn't given as promised. Came after work had started after implying that the project cost would be low. I wasn't comfortable with how this happened.

There was some plumbing repair upstairs that affected the closet ceiling in the downstairs bedroom. There was some drywall installed in the closet, but not completely repaired. The closet "ceiling" needed to be put back together, and re-installed in such a way that it could be removed again fairly easily in case of future plumbing issues (hopefully not). This was not done before, which resulted in the demolition of the closet in the first place. Jesse explained that the type of copper piping used was not the best quality, and therefore to keep a look out for any future leaks. He repaired the closet and patched all the needed areas, as well as some other patching that needed to be done in some other hallways and got them ready for painting. Everything was done in a few hours, then came back the following day for about an hour to sand and clean up. Didn't leave a huge mess for me to clean up either.

Description of Work
I had a small drywall and closet repair job. A few places wouldn't even come out to look at it, but Jesse came right out and gave the most knowledgable explanation of what he would do for the repair. Was quick, prompt and competitive pricing. I appreciated his attentiveness even though this was not a big "money maker" for him, but I will definitely use his company for other upcoming projects in my home. He made me feel confident in his experience and knowledge of home construction and repair.

Their price was higher than the others. I would not consider using them.

Description of Work
We got a quote from ACS Construction Services.

First, I would like to thank the member for his review. Reviews positive or negative help us better our company and provide superior craftmanship and superior customer service. We were called to his home for an estimate for an addition to his home. He wanted to add a master bedroom and bath to the back end of his home with a rooftop deck. He was unable to provide our company with anymore information than that. He didnt know what grade fixtures he wanted, if he wanted carpet, tile, hardwood floor, or laminate. He didn't know if he wanted fiberglass, tile, dexotex, etc for his rooftop deck. All these minor details take into account and are important in order to give a customer an accurate bid. Since he was not completly decided on what he wanted, he was given a price range. When this price range was given to him, he was informed that the price could even be possibly lower. We explained to him that once he had more information and and was clearer on what direction he want to go that we could revise the price and move from a price range to one price. I appologize that he felt that he was given a high price. I also do not know what he asked of other contractors to get the prices they gave. We wish him the best of luck and hope that whomever he chooses to complete his project charges him fairly and does good work for him.
5.0

I was very pleased with him and his work. He has a very good personality. I would recommend him to others and use his services again.

Description of Work
Jesse painted the interior of my apartment. He caulked the shower in the bathroom. He removed the heating lamp from the bathroom and put in a fan. He cleaned up underneath the sink where there was water damage. He also moved in a new refrigerator and set up the water line for that.

I interviewed a lot of people for this job, both from Angie's List and from other sources. We wanted someone who was properly insured, and that proved almost impossible to find. ACS provided proof of insurance very promptly when I asked. ACS had such a good review from a previous customer, and was so responsive to my questions, that I decided to hire them over some other well-reviewed service providers. Jesse Hamilton, who did the work, was a truly nice person, and he did a good job. It took him longer than we expected, and he arrived later than the company had stated on the two days that he did the work, but we are pleased with the results. The job cost considerably more than ACS originally estimated, but that's because the price was based on linear feet, and I had underestimated the length when I spoke to them on the phone. The didn't mislead me or low-ball the estimate, but every other company who gave us an estimate came out and measured the site themselves, before stating a price. I think that is a better practice, and in fact, I was quite surprised that anyone would bid a job without looking at the site first. I plan to leave the lights up permanently, so at least the cost is a one-time expense, not an annual one. Overall, we are happy with the job, and would consider hiring ACS in the future for other kinds of work, since the company is a licensed general contractor. I found working with them much easier and more pleasant than many of the other trades we've hired.

Description of Work
Hanging holiday lights on the second-floor gutters of our home.

Jesse is AWESOME! He's a very friendly guy and he shows up on time! I wanted Christmas lights for the outside of my house but the eaves are high and I knew I needed a professional if I wanted it to be done right. I'm so glad I called Jesse! He was prompt, professional, very hardworking, gave me a great price, and stayed late to make sure the job was done correctly. There were some issues with the extension cords not working properly, and Jesse came back two separate days in a row to fix the problem. He is very reliable and trustworthy, and I would not hesitate to recommend him to my friends and family members. In fact, I have already passed on a referral to several friends. The house looks beautiful! The amber lights are gorgeous! I couldn't be happier and it's all thanks to Jesse! He's made the start of my Christmas season joyous already. A+++++ to this contractor! :)

Description of Work
Jesse installed Christmas (Amber icicle) lights on the exterior of my house.

Specializing in painting beach properties since 1989. We know what it takes with attention to proper preparation and using only premium paints and materials that will hold up against our unique environment here in the South Bay. Hermosa Beach Rotary Club's Businessman of the Year award! Please give me call @ 310 245-9499.  …

Being a Roofing and Painting contractor in Santa Monica, we are committed to not just meeting, but exceeding the expectations of our clients. We service all roof types, including repairs, new installations, roof coatings, as well as full service interior and exterior painting. It is important to be able to work together as a team to ensure that you get the quality of work that you want, need and deserve. Our goal is to help make that happen for you. We offer a variety of important roofing and painting services all while using only the best materials to get the job done. You get the finest in craftsmanship, customer care, products and even pricing. Over four decades and three generations of hands-on, industry related experience means that you get the best quality in workmanship and results. Quality should always matter when it comes to your home. This is especially true when it comes to your roofing. The bottom line is that you need to be able to rely on an exceptional service provider for your roofing and painting needs. There is no reason to settle for anything less than the best. Please the expert, George Parks for all your Roofing & Painting related needs!  …

ACS Construction Services is currently rated 4.4 overall out of 5.

No, ACS Construction Services does not offer a senior discount.