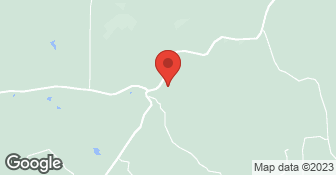 we do heavy duty brush clearing with a brush eating tractor.we limb up the trees with saws and mulch every thing on your property.for fire safe clearing and veiw enhancment.our work is beautiful and correct.we also do dump runs from 1 couch to a junk yard.we clean your property and make it look the best it ever has.we have grappler,stump grinder.dirt bucket,big dump truck,trailer.we love small jobs also.of course we do any size whatever you need....

We specialize in all aspects of demolition and removal of all unwanted items, junk hauling, yard debris removal, trash removal, and more! We guarantee your satisfaction, and we won’t leave until the job is done right. We pride ourselves on the quality work we provide, while delivering great customer service! Check out all the services we offer below and call -or- click to schedule a free estimate today!  …

Cal Tree Services and Renovations. We specialize in defensible space clearing, tree pruning, limbing and removal plus landscape design. Our Renovations services include patio cover installations, concrete work, build outs and most interior and exterior remodeling. We have the experience and dedication to get the job done right! Specializing in Tree services, we guarantee your satisfaction, and we won't leave until the job is done right. We pride ourselves on the quality work we provide, while delivering great customer service! Call or click to schedule a free estimate today!  …

Description of Work
Promised to have it done in two weeks. Six months later, it was still not done and he disappeared. He was more interested in collecting the wood from our trees. Once all that was gone so is he. He did not clean up his mess either. I would never ever ever hire them again even if I was desperate.

Not only that he was clearly more interested in salvaging the wood from the trees to sell and would show up, saw the woods, spend time cutting them into smaller pieces and loading them in his truck. That would be fine but he left all the tops of the trees laying all over the place, trying to camouflage them in with the trees that were not going to be cut down. Once the season changed, it was very obvious that dead branches were left there to dry out. The purpose of this was to prevent fires, and he stashes branches everywhere. He did a good job on the stuff he did, but left quite a bit undone. He started weed wacking one area, and just left in the middle so half is weed wacked, the other half isn't. He was supposed to cut tree branches level to the ground and didn't. He was supposed to spread chips and instead took all the good wood and left the branches and no chips except in one small area. We had to call him back several times to do one thing or another and since we haven't seen him for months, I'm assuming he won't be back. His two week stint went from the end of August into January and it's still not done. Not only that, the guy he hired with a tractor thing, only spent 8 hours at most using it on our property, yet left it stored there for weeks and then would sneak in the morning and take it, and then leave it again for weeks. When my husband chased him down to get answers, he threatened to run over him and our Pioneer if he didn't move. We thought maybe he felt like he overbid and shouldn't have to do anymore but the other bids we received were in the same area, so I don't know. I think that once he got all the money, he decided he didn't need to finish the job - no motivation to do so. We had all kinds of jobs lined up for this guy, but we will be looking for someone else as we will NEVER EVER use him again or recommend him to anyone!!

Description of Work
We hired him to clear brush, cut down trees, and scatter chips from the trees cut down over our yard. He gave us an estimate of 2 weeks and it took him MONTHS. He'd show up for a couple of hours a day or so a couple times a week. When he did show up more frequently than that, we knew he'd be asking for more money to continue. Then he'd disappear for a few more days.

He did a really good job for us and he really knew what to do. We didn't know how much to clear around our property, we live on 5 acres. He trimmed trees, cleared brush and burned all the stuff. He was really good. It was really a lot of work. He is very reasonable in his prices.

Description of Work
He trimmed trees and cleared brush for us.