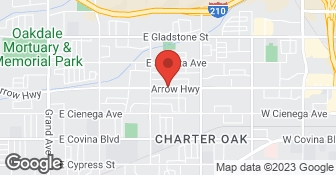 Our goal is simply to provide the best quality floor cleaning at the most reasonable price and exceed expectations. We take our time and do things right. Our process is highly developed and effective at getting out 5 times the amount of dirt compared to our competitors. We also promise to be there for our clients should our emphatical and meticulous cleaning fall short. In addition to carpet cleaning, we also specialize in Tile and Grout cleaning and sealing, natural stone cleaning and polishing, hardwood floor cleaning, upholstery cleaning, and air duct cleaning. We are constantly updating equipment and attending trainings so that we can offer our clients the best experience....

We have two toddlers - so the most important thing in our household is that the products that we use are family and pet friendly, and that we could finally find someone that could tackle all the accidents and spills that our carpet has collected over time. Besides toddlers running around our home, we host parties about once a month so our carpet sees a lot of traffic. The incredible science behind the products described on the website was SOO interesting to read and incredible to learn about. I know my family is safe. Josh treated our home and our carpets look BEAUTIFUL. Customer service is HUGE to me - and I couldn't be happier. Our carpets look BRAND new. There was a stain in our formal dining room that another company failed to lift months ago-there is NO sign of it. We won't trust anyone else work our carpet needs again. I'll post more pictures when the lighting is right. Look no further for your carpet and floor needs. You're in great hands with this company.

Josh was a complete ******* perv and made me feel uncomfortable from the second I saw him. He made rude and inappropriate comments and was completely unprofessional. He even refused to leave until I threatened to call the cops. Dont even think of calling him if you have young daughters

Josh was on time and with a smile and ready to get to work on my chair - Very happy with results - I love my newly cleaned chair ! Thank you to Josh

Wonderfully! I had accident spilled nearly and entire gallon of motor oil in the back of my car and was frantic not knowing what to do about it! I called the provider and explained to him the situation. He told me he would be available for a short time that day and that if I could bring the car to him he could clean the oil as well as the entire inside of my car. I was so happy that he was able to make time for me not only that day but within an hour of the spill! He did a great job removing the oil the best that he could and the rest of my car looked amazing. I was very pleased with the service and the results.

Description of Work
The provider cleaned the oil from my floor mat and carpet in the back of my car as well as cleaned all the carpets in my car and the seats.

Description of Work
he cleaned all of the wood flooring in my house.

Hello Mrs. [Member Name Removed], I would like to understand what it was about the quality and professionalism of our service was not outstanding and would love to make it up to you in the future. I pride my self and my company on taking responsibility for our work and workmanship and it is our goal that every customer feels that our work is outstanding and that we work in a professional manner. I hope to hear back from you and I hope I can provide you with the quality of service you deserve. thank you, Josh Raymond

It was okay. It wasn't great. It was good for the deal but when I wanted additional rooms cleaned, I think the charge got expensive.

Description of Work
The ad stated "clean and polish" wood floors. I was a little surprised that the job only included scrubbing the floor, which he did a good job, but did not include reapplying wax. He informed me that "polish" does not mean wax. He only dry buffs the floor after washing it with wet compounds. Needless to say, I had to then wax all of the floors by my self. He was very nice and apologized for the misunderstanding.

Very professional, friendly and prompt. My wood floor was full of scum and black marks. It looks so much better now!

Josh came on time and worked quickly. He did run in to a problem while cleaning the tile, was not his fault, and agreed to come back the following day to finish. Josh was very upfront regarding the issue and took partial blame, the previous owner used the wrong sealant on the tile causing in to peel off when Josh cleaned it. Since Josh felt he should have caught the issue before he started he offered to finish the job which was essentially stripping the tile and then resealing. We knew this could be costly but Josh said since he felt he was at fault he would only charge for the sealant and the cost of sealing. In regards to our carpets, we had two problem areas in two rooms. There were stains that kept coming back soon after cleaning. Josh cleaned the stains and the next day when he came back for his second day working with the tile he saw what looked like the stains coming back. He went back and cleaned the stains again. A week later stains are still gone. Previous cleaners we hired the stains would come back within hours of drying; and they don't guarantee their work, Josh does. Josh worked two full days tirelessly until the job was done and done right. He was friendly, professional and honest. I would definitely recommend Josh to friends and family. We have already hired him to seal our outside patio that has slate tile.

I was very happy with the results of my rug. I couldnt even notice the stains were there. Josh Is very polite and does the job with a reasonable time.

Description of Work
Josh cleaned my 3 room apartment . Removed all stains left from prior tenant.

If you're looking for comfort you can count on, you've found the right place! Whether you need service-and need it fast-or you're looking to replace or invest in new equipment for your home, Air-Tech Air Conditioning & Heating can help. Ask around... our name is well known and respected in because we care about impressing you so much that you'll want to call us next time and every time. Award-winning Air Conditioning & Heating Company including the Angie's List Super Service Award. Free estimates on replacement systems, new installations and duct cleaning/air purification. Servicing all major brands, makes and models for central and ductless/mini-split systems. Financing is available. Air-Tech is a participating HERO contractor.  …

"We Are Your Local Home Cleaning Cleaning Service Solution Provider And Pledge To Clean Your Home As Thoroughly, Completely And Reliably As Possible. Given Our Limitations Of Being Human However We Will Make Mistakes (We Know, It's Unfortunate) But Don't Worry! We'll Make It Right! Just Give Us A Call, Use Our Client Portal Or Just Tell Your Assigned Team On The Next Visit And We'll Make Sure You're Taken Care Of."  …

Axiom Floor Care is currently rated 4.6 overall out of 5.

Are there any services Axiom Floor Care does not offer?