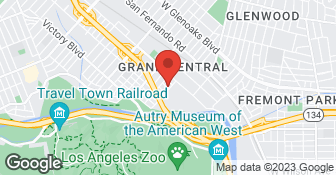 We at cleaning specialist strive to accommodate every clients needs with over 15 years of experience from cleaning a small apartments to luxuries home as well as working with Contractors for City project completions and doing the Final cleanings of Schools.

I was signed up for a Google Offer for these people and scheduled my appointment for the day before an event I was having at my house (appointment was scheduled for 12/7 between 3 and 4 pm). When no one had shown up by 3:30, I called the company and was told that a mistake had been made and that my appointment was put on *next* week's schedule instead of today. Maria was the person who answered the phone, and she offered no help whatsoever. I asked her to please try and find a team to come out, and she told me she would, and would call me back. She called back and said there was only one team and that they didn't want to make the drive to do the work. Maria also said that no one else would be able to help me. So I asked for someone to come out tomorrow (the morning of the event), and she said "that won't be possible." I then asked to speak to a supervisor and was told that "they are gone for the day." (It was 3:50pm.) Suffice it to say that I will never use these people again. Thanks to Google Offers for stepping up and refunding my money. (I had to spend twice as much to find someone to come out at the last minute -- thank you, LA Maids).

Description of Work
They were supposed to clean my house. They didn't.

Batia Facility Services is a company formed by specialists and professionals committed to satisfying the needs of their clients.  …

Established in 1994 & a Super Service Award winner, specializing in carpet, tile, floor, rug, & upholstery cleaning. CALL FOR QUICKEST RESPONSE TIME. We are family owned and operated, where we are committed to offering the highest quality of work and customer service. Respectful, careful, professional, and highly knowledgeable staff is our standard. We have always put an emphasis on honesty and satisfaction when it comes to our customers. We offer free quotes over the phone or in-home estimates, whatever you prefer. Our costs are determined by the job and we do not charge a travel fee. Give us a call for all your cleaning needs!  …

How is CLEANING SPECIALISTS overall rated?

CLEANING SPECIALISTS is currently rated 1 overall out of 5.

What days are CLEANING SPECIALISTS open?

No, CLEANING SPECIALISTS does not offer a senior discount.

Are warranties offered by CLEANING SPECIALISTS?

No, CLEANING SPECIALISTS does not offer warranties.

What services does CLEANING SPECIALISTS offer?