Air Duct Cleaning
Biohazard Remediation
Mold Testing and Remediation
Water and Smoke Damage
Structural Engineering
Handyman Services
Excavating
Licensing
Bonded
Insured
All statements concerning insurance, licenses, and bonds are informational only, and are self-reported. Since insurance, licenses and bonds can expire and can be cancelled, homeowners should always check such information for themselves. To find more licensing information for your state, visit our Find Licensing Requirements page.
Business Details 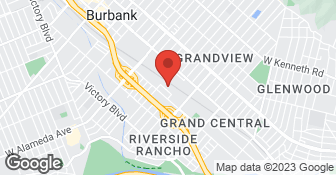 Professional Art Handling, Installation & Delivery Services: • Art & Mirrors Hanging. • TV Installation & In wall wire concealing. • Chandeliers & Light Fixture Installation. • Furniture Assembly. • Hoisting & Delivery Services. • Home Repair & Home Improvement. Sit back, relax, and allow us to take care of the rest. Our creative installers are fully equipped to handle any job with relative ease. No job is actually too big or too small for us to handle. Thanks to our expertise, we guarantee efficiency and perfection with every job we perform.

Quality Service You Can Count On! If you are experiencing water damage, mold or fire damage problems, or simply are just looking to remodel your kitchen or bathroom, Pure Restoration can help you! Our experts are highly knowledgeable with mold testing, structural restoration & remediation, including reconstruction for water damage or fire damage, water extraction and services. Pure can deal with virtually any project and takes pride in leaving our customers satisfied! We offer FREE inspections and estimates for your residential home or commercial property. With over 20 years of experience in the industry, Pure Restoration delivers advanced and reliable professional restoration services including mold inspections and testing throughout Los Angeles.

Aeroscopic sent out their owner, Ian Spiszman, because they said he likes detective work like that. With his help, we found the source of the smell. He even called the next week to find out how things were. They were fine! A wonderful, responsive company. We will use them again if we ever have any damage or smells. We highly recommend them to anyone!

DESCRIPTION OF WORK
We had a strong toxic smell coming from our laundry room. We cleaned it out (we thought) but the smell persisted and was noticable throughout the house.

I passed, since it seems other service providers give an estimate free of charge, and since a $250 estimate fee seems to cancel out my desire to actually meet and interview the people who will be doing the work.

DESCRIPTION OF WORK
They ask for a $250 inspection fee in order to give an estimate for mold remediation in a residence.

DESCRIPTION OF WORK
Our dream home turned into a nightmare as soon as we took possession. Musty smell, mold hidden under the cabinet liner, etc. After having testing done to confirm the presence of mold, we called around - boy, did we call around - and AE came highly recommended. We did get a bit of discount because of the referral, but I would not be leaving a good review if they were just inexpensive. The crew was friendly, courteous, professional, punctual, and left as little as humanly possible to clean up. One of the days they were working, I had to have plumbers working side by side, and you can just imagine how difficult it must have been for them in a close quarter, with containment barriers everywhere. But they worked just as effectively and efficiently, not a single complaint. They even moved my refrigerator, which we should have done ahead of time, with some difficulty - again, no complaint. |Unfortunately, the work had to be interrupted for a spell while we were forced to involve the HOA since we determined the water intrusion to be of the common area origin. The work is ongoing and we are still waiting for the additional invoices. That being said, their professionalism, reliability, and good customer communication seems to continue. If you suspect mold and / or water leak problem, call up AE and talk to Ian. |The general wisdom is to use separate companies for testing and remediation, but I would definitely make an exception for AE. |P.S. As a non-Spanish speaker, I'm always a bit anxious when contractors speak in Spanish among themselves as I cannot understand what they're talking about - is there a problem? Did they see something of a concern I am not aware of? I appreciated that AE crew, who are largely Soanish-speaking, mainly communicated with each other in English on the job (I don't care nor mind if they spoke in Spanish about lunch or other things). Just adds a bit to the peace of mind.

Nothing was covered under insurance. They could not help there. We lived in the house - they never told us to vacate. For four months following remediation all members of my family who were living in the rooms that were affected continually were sick. My husband and I were terribly sick - I was on 4 rounds of antibiotics and my husband on 6. He had bronchitis 3 times and on the verge of pneumonia....

DESCRIPTION OF WORK
Tested air and scratch test on walls visibly affected. Cut out walls in two rooms, sectioned off and enclosed and repaired and painted. Removed blinds with mold in them. Did not remove ANY carpeting except in closets where mold was seen. Air purification, dehumidifiers - 4 ran all day and all night for 2 weeks. Dehumidifier and dryer under the house for 3 weeks.

Our experience with this firm was very positive. We were most impressed with their responsiveness, resourcefulness, customer service attitude and business ethics. It was a pleasure working with them and we highly recommend them.

DESCRIPTION OF WORK
Aeroscopic Environmental Inc was brought in to assist us in resolving a significant odor problem remaining in a rental condo following the departure of our tenant. The odor was caused by the tenant continuously burning candles, incense and other strong smelling material which attacked the air and duct system equipment, carpets and walls. After 5 months of our attempting to rid the condo of its odor, we brought in Aeroscopic Environmental Inc. to advise and assist us. The services they provided included a complete cleaning of our air conditioning and duct system, as well as an ozone treatment throughout the condo. As an outcome of their services the odor was significantly reduced and the home became livable again.