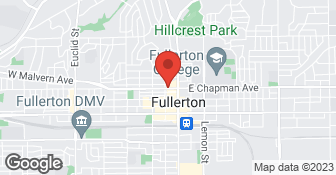 ***WE ONLY OFFER TERMITE INSPECTIONS, TREATING AND REPAIRS*** *****WE DO NOT OFFER ANY OTHER PEST CONTROL SERVICES NOT RELATED TO TERMITES***** Termike Pest Control provides termite control and wood repair services for both residential and commercial properties. As the leading termite extermination and wood repair company in the Orange and Los Angeles County Area, we have the experience, technology, and manpower necessary to handle any commercial or residential project. For more information regarding our services or to schedule a free estimate, please contact our office at 747-222-5811 today! Free refinance and eserow inspectio

When I met with Mike to receive a quote for termite work, I was impressed with his quick response and thorough inspection. Unfortunately I have been burned by contractor experiences in the past, so I started by explaining my cautiousness with hiring someone new. He assured me he would do all work with care, and quality service. What started off as a seemingly good situation turned bad very quickly. One the day of the inside wood treatment service, only one worker was on site to handle work on our high vaulted ceilings - what I was told would be a two person job This worker was not properly prepared to do safe work. His ladder did not have safe, proper footing. He only had one piece of plastic drop cloth that was “supposed to” cover and protect my entire living room while the work was happening. Because of improper safety and ladder practices, this man and his ladder, came crashing down off the wall - while he was on it - hitting our curtain rods on the way down. The ladder was improperly resting on a piece of cotton drop cloth. He is lucky he didn’t get hurt. The ladder ended up scraping the wall and damaged two sets of custom curtains and rods, and took a chunk out of the wood floor. Fast forward to them coming back another day to try to repair their damages, and continue with the job. Their patch job on the gouged wall looks terrible. More issues came up…not wearing masks inside the house, messy touch-up work, wearing booties outside, and then back inside - tracking dirt throughout the house. But that's not all, a wall lamp was broken during their work in the bedroom, and they attempted to use one drop cloth - that had paint cans and fresh paint splatter on it - to cover/protect the bed. The exterior of the house was also treated and in that process, there are scratches and damages to the wood paneling. Work was done around an exterior window, which required them to remove a waterproof seal. They did not properly re-seal and there is now a gap between their caulking and the window. They didn't say a word about it and now we have to get someone else to fix it. When additional issues came up, I had them stop the job and leave for the day. I felt unsafe. They left but didn't clean up before doing so. They left a mess behind that I had to clean up. Before he left, he asked for a partial payment, which I reluctantly did. But I truly shouldn’t have given them another cent (beyond the initial deposit) as Mike was supposed to come back to finish a wall repair and fix the seal on our window. He never called and didn't reach out to apologize for the horrible mishap and how he could make it right. I would not recommend hiring Termike pest control for any job.

Amazing job and A1 the best service I've ever had in my life.

They did a great job. They were very professional and very friendly.

Description of Work
They did home inspection and fix the leak ceiling.

I loved the service. I will come back again for more services

The inspector did very good inspection and explained all the job in details also the the team did an amazing job at my house. Highly recommended inspector Mike and the great technician team

Perfect. Michael made life so easier. He explained everything prior taking any action. Not to forget, Price was way better than other companies trying to upscale you.

Great job also the inspector explains everything in details, we are happy from the price too

All Clear Exterminating offers localized treatments, fumigations, wood repair and rodent exclusions. At All Clear we pride ourselves in providing quality work and great customer service. Our number one goal is to educate our clients with the help of one of our licensed professional inspectors, to make the right decision regarding their safety health and property.  …

Termike Pest Control is currently rated 4.7 overall out of 5.

No, Termike Pest Control does not offer eco-friendly accreditations.