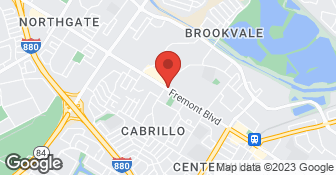 Book us ONLINE and take $10 Discount with repair Professional Technicians Available 7 days a week. Same day Service. Fast service for ALL Appliance. Our Work is 100% Guaranteed.

They promptly came and gave me a reasonable bid, however it lacked details (it only provided brand names and not model numbers of units to be installed). I ask for more detailed information including model numbers, but they did not provide it, so I got it done by somebody else.

It was bad enough the guy immediately started talking the compressor was probably broken or there was a Freon leak but when he realized i had security cameras he demanded I turn them all off, EVEN THOUGH NONE OF THEM WERE POINTED AT HIM. When I refused he said he wouldn't work with them turned on, so I told him to leave. Next morning, I can't find my Half Dome coffee cup. I've looked for an hour and it's nowhere to be seen even though I have a small one-bedroom apt and I live alone, so there's no one else to move it. He didn't even check to see if the sensor was bad, just immediately started talking about the compressor or a leak. It freezes just fine, but it only freezes near the expansion valve, so it has Freon and is apparently not leaking.

Description of Work
Fix my freezer

Johe was outstanding, Very quick, thorough, professional and also very knowledgeable about all of the kitchen appliances. Would highly recommend him at Silicon Valley Appliance Service and Repair.

Both techs had heavy accents which made communication difficult. One came, diagnosed the problem and ordered that part. The next tech came with the part, but he said the part did not fix the problem, and that his supervisor, the first tech, Oscar, would call me. I had to call the company three times to get a response. Finally, Oscar returned and went to a lot of trouble to finally fix our water dispenser. We were not pleased with 1st Appliance and will not use them again.

Description of Work
Our water dispense was not working.

They did a great job! They were on time and very professional.

Description of Work
They fixed the furnace and adjusted the thermostat.

My speciality is air duct cleaning and dryer vent cleaning. When you chose David & Goliath you will be treated right please call our office to Schedule a appointment 408- 726- 7122  …

The last thing my company will do is nickel and dime a customer for something they don't need. With over 50 years of experience in the trades, The Vent Cleaner has specialized in cleaning, repairing, & maintaining vents for residential, commercial, & HOA clients. Our expert technicians, and advance equipment will clean the air ducts throughout your home. The process includes the removal of unwanted particles and pollutants, from the grill back to the main panel unit, to ensure proper ventilation and the circulation of clean air with only EPA approved products. Our dryer vent cleaning service is a cost effective way to eliminate the unnecessary expense of extended drying times and keep your family safe from the risk of fire. Contact us today to learn more!  …

Message from the Owner/ Founder: “As a third generation heating and air technician and retired 20 year veteran of fire and public safety, I wanted to create a service company that you could count on for its integrity and professionalism. When our service technicians arrive at your home, we want you to feel the same level of confidence and trust you get from a firefighter arriving at your home to help when you call 911. Our service technicians are professional, courteous, and well trained. I am comfortable allowing them into the homes of my families and friends who are firefighters, police officers and the public. Thank you for the opportunity to service your comfort needs and believing in our company. We look forward to a continued long relationship. Warm regards, Harry Abbott” Comfort Energy Inc is a full service provider of quality air conditioning and heating repair and installation. . Locally owned and operated, with over 30 years of experience. We are proud members of the Nexstar network of contractors. We specialize in helping homeowners make informed decisions to best meet your family's comfort needs. Spanish and Japanese spoken.  …

First Appliance Repair is currently rated 4.2 overall out of 5.

No, First Appliance Repair does not offer free project estimates.

No, First Appliance Repair does not offer eco-friendly accreditations.

Are there any services First Appliance Repair does not offer?