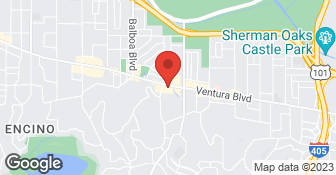 Remodeling your house is an excellent way to add comfort and increase its value. After making the decision to remodel your home, your next task will be to choose the best, most reliable renovation contractor to handle the remodeling project. That’s where we come in; Crest Construction & Remodeling has a proven track record of excellence. Crest Construction & Remodeling is a full service home remodeling company that has worked on a wide range of projects. We have been servicing homeowners in California for several years. We provide high quality consultations and estimates. We have an experienced team of professionals and licensed general contractors, ready to serve you....

II think we were over charged for the amount of work that they did, Overall the job came out beautiful! But they had to come back 3 times for misc. things to fix . The kitchen sink leaked after installation also my granite counter top edges were dull and not a shiny as they should had been. So that had to come out and rebuff and seal the counter tops .

Description of Work
Updated my kitchen! A small kitchen island with 2 door shelves , New flooring and granite counter top and back splash

I'm in the process of remodeling my kitchen and as first steps in that process, I scheduled appointments with several contractors just to get an guessestimate of the overall costs and as an introduction to the contractors I had been researching, only those with good references. The representative from Crest was very professional, helpful, knowledgeable and entertaining. However, when I asked him to provide an overall estimate for a kitchen remodel given the dimensions of my kitchen and the work I wanted done, he said he could not. He said that the best bet would be to pay for a kitchen designer, an architect if you will, so that a design could be developed and that based on that design a more accurate estimate could be provided. He said his company could provide the designer and if I selected them for the work there would be no cost for the design, otherwise, I would pay them $750.00 for the design and take the design specifications to the contractor of my choice. While I certainly would agreed with his recommendation, I felt that I already had a pretty good idea of what I wanted, kitchen layout, cabinets, etc. enough to get the process going. I just needed the estimate to get the funding and establish a budget, which is the one thing Crest did not provide. I have nothing negative to say about Crest and perhaps if I had been a customer who was totally clueless as to what I wanted his recommendation would have been right on cue.

Description of Work
Kitchen Designer or not. Before you start the kitchen remodeling process you need to ask yourself whether you are going to need the experience of this professional and whether your budget can accomodate this service. If you get overwhelmed with details, dimensions, decision-making, design aesthetics among other concerns, then you should definitely set aside some of the remodeling cash to get a professional to help you in the process. On the other hand, if you are a DIY kind of person, have an idea of what you want, want to save some $$$, good at price comparisons, know a wee bit of internet research then consider the possibility of going at it on your own.

Beware Crest Construction and Studio by Design ? total rip-off. Don?t waste your time and don?t waste your money like I did. I?ve seen their operation. Sadly, it was too late for me. Hopefully not for you. Most of their office in Valley Village is for their army of sales people who are cold-calling random homes in Los Angeles looking for remodeling jobs. They also have a corporate office in Marina Del Rey. They will tell you anything to setup that first appointment. In my case, they offered ?free plans? as part of their estimate. Since we were looking at doing an extensive remodel anyway, I was taken in by the offer. We needed plans to get bids from contractors. I should say that when they call the first time, they don?t say they are with Crest. I believe they used the name ?A+ California Builders.? They?re giving a fake name so as to not spoil the good name of Crest Construction, which is a joke. The phone bank is just them. First they sent over a project manager, but he didn?t know anything about the free plans thing. He explained that they say a lot of different stuff on the phone. Still ? he wanted me to agree to some terms that I rejected. Another phone call from them the next day and I was told a ?supervisor? was going to come over now instead. Turns out ? just another project manager. Still, the new guy took $1,000 off the price of the plans, which would be free only if we signed with them to do the full remodel. Only a little money up front was needed for a deposit. Seemed like a good idea at the time, and I was really anxious to get the project going too. I should also add that we already knew exactly what we wanted. We had taken measurements and had drawn up what we wanted in a design. Moving our master bathroom, moving a couple walls, reshaping our living room ? it was a big job and we?d given it a lot of thought. What we needed was the design turned into plans, and then the plans shared with contractors for bids we could evaluate. Still ? once they got started, they wanted to change the design. Their ideas sucked, and after much back-and-forth, they finally presented us what we?d been asking for from the start. With each version they sent over, they wanted to submit to the city (Culver City in our case). They were so anxious and they tried guilt to get us to approve unfinished plans. They?d tell us they already had everything printed, or these delays would mean getting the remodel slower, and not to worry ? we could change stuff later. Really?! But eventually they did give us what we wanted in the design, and when we approved that, they quickly submitted to the city before we saw the final set of plans. They began to bid for the construction part of the job ? always trying to pressure us to move faster. In a meeting to talk about details (tiles, colors, tubs, and so on), they presented us with some pictures of other jobs. We were unsatisfied with their attention to detail. Samples of their work looked cookie-cutter and rushed. When asked for references, they provided people who were happy with the work, but the work done was far less than what our job entailed (handyman level tasks rather than ? a remodel at our scale). When we finally saw the plans that had been submitted to the city for approval ? they were lacking. No plans were submitted for the electrical work we wanted (where the lights and switches were to go). They left out the existing fireplace that is to be demolished. They didn?t note which walls were shear walls that they planned to cut through. I?m not a contractor and those we?ve spoken to have all been appalled by what?s missing and just wrong. In the end, I didn?t get the plans we wanted ? and they refused to give us the CAD files (that we paid for) so that we could have someone else fix their work rather than having to start all over. In summary ? stay AWAY from Crest Construction, and StudioByDesign (their architect). Go with someone who doesn?t need to resort to the telephone banks, but has actual experience and references.

Description of Work
Take our design for a remodel - turn it into plans ready for submission to the city. Bid on the remodel work.

Plumbing company founded in 2017 with technicians who have been in plumbing for more than 20 years. We cover any plumbing issues that deal with water, gas, and sewer. Our goal is to help you with any and all plumbing issues you may be having. We are available 7 days a week for your convenience.  …

Crest Home Remodeling is currently rated 2.2 overall out of 5.

No, Crest Home Remodeling does not offer a senior discount.

Are there any services Crest Home Remodeling does not offer?