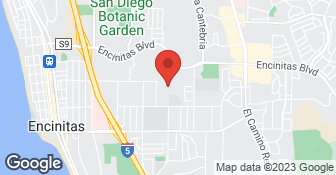 A locally owned and operated 24 hr plumbing service, dedicated to the highest in customer satisfaction and care! We love angies list members!...

It went great. There were 3 drains and he got them cleaned. I was horrified by the smell that came out of them

Installed incorrectly and would not honor their work and repair.

Description of Work
Cleared a drain at the last minute before we were leaving for vacation.

They do a good job. The work took about an hour. The communication was good and he cleaned up after himself.

Description of Work
He fixed a leaking pipe.

He is a great plumber. They are local here. They're by far the best plumbers. We have used them pretty frequently the last two or three years and they'be been really helpful. They are in and out pretty quick. They are fast. They respond really quickly. They normally send someone within a day, within a couple of hours. They're pretty handy.

Description of Work
They came out and we had pipes that backed up.

Description of Work
It was just a drain cleaning.

They were excellent. One person came out, and it maybe took 1/2 hour. They fixed the toilet, which had some issues from the previous owners, and then offered to snake the tub drain for a very reasonable price. I was very satisfied, they did a really good job.

Description of Work
Fixed the toilet and snaked the tub drain

Yogi's plumbing created more damage causing me to have to hire another plumber to fix their mistakes costing me more money, money that I had to borrow! I am considering taking them to court! Greg the owner came out and told me first of all that customer service is a high priority for him. Well that statement was far from the truth! He told me my water heater was leaking, which was true. He said the last plumber installed inferior tubing on top of the water heater. One of his plumbers came out and supposedly replaced it with superior tubing, stainless steel. He charged $155 for 45 minutes that now has to replaced because it is stainless steel on the outside with surgical tubing in the inside. I found out that this type of tubing heats up, ruptures and blows water everywhere. Yogi's did not replace with superior tubing as promised! in addition, the plumber left the towel on top of the water heater that the owner placed there to sop up excess water which could have caught on fire. Chris, the plumber was very negligent and created a potentially very dangerous situation! Secondly, I told Greg, the owner, that I was not getting hot water from the shower even though I was getting hot water in the sinks. I also told him that his plumber did not show any interest in investigating or fixing the problem when he had been out my house earlier the same day for other plumbing projects. He told me he would have someone come out the next day and remove the screw that was stopping the handle moving over to provide hot water. Well the Chris, the plumber arrived the next day and replaced the tubing on my water heater with inferior tubing even though I was promised superior tubing and then he removed the screw so I could have hot water in my shower. It took him no more than 15 minutes to complete his task. He had already charged me $155 for the water heater and now he wanted to charge me another $155, which i objected so he only charged me $95. Well, he was atmyhome for a total of 1 hour. The biggest problem is that removing the screw causing the shower head to leak! I called them again and I was promised that the owner and plumber Chris, the same plumber who removed the screw would come out. Not surprising that Greg did not come and Chris did not come, some other plumber showed up and he didn't even know why he was there. He said I am here to fix a leak under the sink? Not a very good start...I told him about the shower. He did NOT examine it...he told me that he could put the screw back in, which would not in any way fix the problem. I would no longer have hot water and who knows if the leak would be fixed. INCOMPETENT! He went to call the owner outside and came back to tell me that they would replace the valve not even knowing if it needed to be replaced. That was all they were willing to do! Well, I hired a reputable plumber and only the cartridge needed to be replaced for a lot less money than replacing the valve. The new plumber that I hired has been in the business for almost 40 years. He was appalled about the work done on the water heater by Yogis. He also took the time to assess the problem with the shower and fixed it. He explained everything to me so I understood. DO NOT HIRE YOGI'S PLUMBING NO MATTER HOW HARD THEY TRY AND JUSTIFY THEIR CONDUCT AND BEHAVIOR. THEY NEVER TOOK RESPONSIBILITY FOR ANYTHING. I AM SURE THEY WILL TRY AND BLAME ME AS THE CUSTOMER SOMEHOW, WHICH IS NOW CALLED "FAKE NEWS"! THEIR COMMUNICATION AMONG EMPLOYEES BREAKS DOWN EVERY STEP OF THE WAY!

Description of Work
Toilet tune up but I needed a part for flushing also so had to pay more which I expected.

Fine, our old toilets functioned better after the service. Justine was very professional & responsive to our questions.

Description of Work
toilet tune up

What our customers think: "I have been using Advanced Sprinkler and Drainage Repair over the last 8 years, I highly recommend them. The customer service we receive is impeccable. The work and the customer service we receive is what keeps me a returning customer every time." "I have been a customer of ASDR for many years. They are responsive, thorough and always ready to propose a solution to make my sprinklers more efficient. I have happily referred them to others for any sprinkler or drainage issue." "It has been a real pleasure working with Advanced Sprinkler. Over the last two years I have had various works done. Your team is excellent from start to finish--the front office, scheduling and the work are all top rate!"  …

Check our website for a coupon! seasiderooter.com We continually strive to exceed expectations by ensuring that each plumbing repair is completed correctly. ​When planning your next plumbing repair or maintenance project, rely on a company that offers unparalleled knowledge, experience and expertise. Contact us today to learn more about what sets us apart from the competition.  …

211 Drains & Pipelining is here to provide the best quality drain cleaning services in all San Diego County. We are family owned and operated with over 20 years of experience. Here at 211, we strive to provide friendly and respectful service to all of our customers at all times. We stand by our work with a guarantee on every job; If we don't fix it, we don't charge for it, simple as that.  …

YOGI'S DRAIN SERVICE is currently rated 4.7 overall out of 5.

No, YOGI'S DRAIN SERVICE does not offer free project estimates.

No, YOGI'S DRAIN SERVICE does not offer eco-friendly accreditations.

No, YOGI'S DRAIN SERVICE does not offer a senior discount.