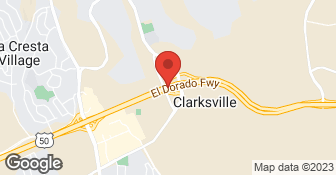 Owner, Scott Collins is a California licensed general contractor and certified home inspector. We offer residential and commercial real estate inspection services including specialties such as new construction, pool inspections, 203Ks and energy audits (with rebate programs through SMUD and PG&E). The construction side of our business can provide you with a wide range of services from new home construction, additions, kitchen and bath remodels and energy upgrades through EUC and Ygreen programs....

We guarantee your satisfaction and we won’t leave until the job is done right. We pride ourselves on the quality work we provide, while delivering great customer service! Check out our services offered and call or click to schedule an estimate.  …

We are affiliated with Solar HI and our lead solar installer has 12 years experience. Solar Hi has an impeccable reputation for being one of the top installers. The lead electrician has over 29 years experience and a great reputation.  …

Alpha Omega Electric in Sacramento, CA is a family-owned and operated business. We understand the importance of your home being safe and secure. Call us today and we will send out one of our expert technicians to meet you.  …

If you are buying a home definitely use this guy, if you are selling your home stay away from him. He was meticulous and very professional while performing his work. He failed to mention to us that since we were doing some painting he would have to ding us for what the painter was working on. We got dinged for missing faceplates on a light switches and plugs in one room that was being painted. He also dinged us for a covered smoke inspector in that same room. I actually appreciate that he was so thorough, but I wish he would have asked us if we were doing any work on the house before he came out, because we would have waited until the painter was finished. Even though we did an insanely detailed, overly so, report I am giving him a C, for not informing us that painting while doing and inspection was going to be an issue.

Description of Work
We were selling our house and decided to get a home inspection before we sold it so we could repair what was wrong with it.

Description of Work
We used Collins for our home inspection as recommended by our realtor. He was punctual, affordable and thorough. We would definitely use him again.

Description of Work
Home inspection and a follow-up inspection.

Description of Work
I thought Scott and his team did a great job. I had a lot of electrical work done by Scott. He brought in good painters and a tile man who put in radiant heat and tile in my bathroom. I thought his pricing was fair and I trusted him. Very important .

He is great to deal with and his prices are reasonable. He is honest and very knowledgeable and he is great resource for us and our clients. He is very responsive to my calls and he always gets right back to me. Scheduling is very easy and he is able to come out to my home quickly as well.

Description of Work
He is our home inspector and he also does minor repairs to full construction projects on the home as well. I have used him a few times now.

Description of Work
I have no complaints and I give them gloring remarks.

He was on-time, very thorough and his report was top notch. After the inspection he met with us for over an hour away from the property and went through the inspection. Due to some mold issues, Scott came back out and tested for mold. He did not over-inspect and was very timely with his report. He was very professional and responsive.

Description of Work
Scott, was referred by My Real Estate Agent. He inspected a house that I had a contract on. He spent 3 hours going over every aspect of the house taking very high quality pictures and making notes.

Prior to the inspection, Scott went out of his way to adjust his schedule to accommodate me and my designer. He was very friendly and always professional. During the inspection, Scott noted all of our independent observations and inspected every aspect of the house including the roof (major problems found), attic, siding, windows, air & heating, doors, locks, electrical, appliances, etc. He even noted some dry rot that the pest control people missed but this was not part of his report. After the conclusion of the inspection, he spent time with all of us pointing out all the problems he found. As it turned out, he had previously owned a house about a block way so he was very familiar with the construction. It was very informative to actually have him point out the defects in real time. At the conclusion, he provided a thorough and detailed written report with photographs of every potential problem. He emailed the detailed report approximately 24 hours later. The only problem I observed was a simple transposition in my email address so I did not get the report when he first emailed it. He found the error, corrected it and both emailed me an apology for the slight delay as well as called me to insure that I had the report. I would not hesitate to use Collins Inspection Services in the future so there be need. My Realtor is a highly experienced professional who I have known for a very long time personally. He too plans to use Collins Inspection Services in the future as well.

Description of Work
Scott Collins performed a thorough home inspection on a home I am currently buying. He saved me much more money than the cost of the inspection because he found many major problems that neither my realtor or I had discovered independently. As a result of his inspection, I requested the owner correct many of the problems that he found. Several of them were critical. On my own, I would have eventually discovered the problems at the cost of many thousands of dollars. His services were a bargain.