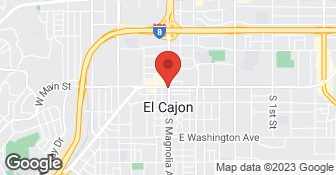 Family Owned and Operated since 1994. Nine Brothers & Sisters Striving For Your Complete Satisfaction! Energy Efficient, Replacement Windows and Doors. No Subcontractors! No High-pressure Sales! Ranked Among The Top Nationwide by Qualified Remodelers! AAMA Certified and Members of the Better Business Bureau. Quality Craftsmanship. Lifetime Warranties. Save $75 per window & $150 per door. Financing Available.

Everyone wants to improve the look of their home and its energy efficiency. While many California residents share these goals, they don't know where to begin to make these goals a reality. Are you looking for a window installation and exterior coating contractor company that is fair, honest and hard-working? What about technicians who are always on time, stand by their word, and have won the "Super Service Award?" In all of these categories, Approved Contractor measures up. Whether you have a specific window in mind (we carry all lines of windows) or simply wish to cut down your energy bills, our window installation services are exceptional. Our texture coating services are sure to leave you loving the look of your house again, will keep the inside of your home cooler, and are able to withstand all kinds of elements. License #952272

We had hired Eric before to replace doors in our house.  When he installed our "cat proof" glass sliding door he suggested that we should replace our windows with double-glazed UV glass.  We took him up on his suggestion and we're just as pleased as we were earlier with his work.  We replaced all of the windows in the house except for one garden window in the kitchen.  Eric is an excellent window ...

DESCRIPTION OF WORK
Replaced all of the windows in the house

We have had Erik do several jobs for us in the past and knew his reputation was solid so we asked him for a quote to replace all of our windows.  Erik did an excellent job for us.  One of the best things Erik took in to consideration, was the configuration of the new windows.  All of the windows were original to the house and needed to be replaced with double glazed windows. Erik came up with a de...

DESCRIPTION OF WORK
We replaced all of the windows in the house with double glazed UV glass windows.

Their work was generally neat, efficient, and well-done, and they cleaned up after themselves. the only complaint I might make is that I later discovered that the stucco had been broken out under the sliding patio door, and not repaired. I did not call them back, but my son and I repaired the stucco ourselves. After a number of years, when three of the windows developed distinct blemishes, Aaa Doo...

DESCRIPTION OF WORK
Replaced windows in six rooms with double paned, UV protective, vinyl-framed windows, and also replaced sliding glass exterior door. They disposed of the old windows, and cleaned up the area.

I was very concerned about having the door repaired. My first calls to possible repair business (including original company that installed double pane windows and doors throughout my entire home) resulted in being told numerous excuses for not being able to help me, including that (1)the manufacturer had been bought by another company and and quot;we no longer have a relationship with themand quot...

DESCRIPTION OF WORK
The locking mechanism on a sliding patio door had broken and door could not be opened. He replaced the lock.

They were great. They did good work. They were very honest and up front.

DESCRIPTION OF WORK
They installed a patio door in my home. I had a 12 foot sliding door placed.