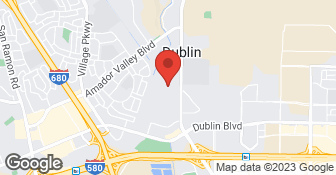 As innovators and leaders in modern roofing and solar techniques, we can assure our past and future customers that our 100% Satisfaction, Leak-Free Guarantee stands strong. From your initial consultation with our Roofing and Solar Specialists, to the high quality work performed by our expert Technicians, you will enjoy the professionalism of Sierra Roofing and Solar....

Very good. I highly recommend them. They are very Professional.

Description of Work
They fix the roof with 3 damage.

Description of Work
"I need an inspection done and estimate for repair or replacement of roof. Composition shingle about 20 years old. "

Sierra Roof rep arrived on time. Told him what I thought was going on. He was on roof immediately and identified what caused leak. Fortunately it was a minor leak and repaired without requiring a return trip.

Gave a detailed description of what is most likely the cause of popping, cracking noises coming from a new roof. Very informative and helpful.

Showed up in time and did a thorough check.

Great service response and completion of all the little projects that needed to be fixed on our roof.

Great! Only wish they would have been willing to remove the moss too as part of their service. Everything else was perfect.

Went great, They discovered they did not need to remove stucco. Also he gave me some useful info on roofs and gutters that I didn't know about.

There were so many people getting their roofs replaced at that time because of the drought and then the rain so it took us a little while to finally get an appointment. Although they didn’t mislead us, they told us well ahead of time.

Description of Work
They replaced the entire roof.

They said I would get an estimate at the end of the week and I haven't heard from them. It took them a while to get out to me to begin with, but it was raining.

Description of Work
They came out for an estimate 3 weeks ago and I haven't heard from them since.

Sierra reported being too busy for my job at that time

I found this company via Angie's list and called for an estimate. My call was answered by a very polite individual who took care of me in 5 minutes. She took the address and a date was set for an estimate for a new roof. They inspected the property on the promised day and send an estimate and contract by email. The contract was clear and precise. We have not decided what to do at this time, but I wanted to give Sierra Roofing an A+ for the speed and ease in which they completed the estimate. Thank you Sierra Roofing and Solar.

I had received an estimate at the end of last year and finally decided to accept the quote and have Sierra do the work. The day after I E-mailed to them my sign-off on the quote, they called and said they could get the work done that day! And they did. A week later they sent me an invoice in the mail that included pictures of the work done. I didn't expect that and really appreciated it.

Prompt, professional and courteous. Performed work quickly. I waited until after the rains to write this review so I could be sure repairs were effective; they were. Price was a little high for the work but it was company's minimum charge and worth it to me as I could not do the work myself and needed the repairs done promptly. Overall good job, I would use them again.

Excellent. They helped us choose the color of the roof by providing a list of addresses with the name of the roofing material installed. It was hard to choose as colors look different in full sun vs. shade. The company provided a good project manager and qualified workers for a complicated project involving 5,000 square feet, replacing a wood shake roof. 2 new skylights were cut in and 6 existing skylights replaced. A pool solar system panels had to be removed and re-installed. Two buildings were involved. Quite a bit of dry rot was encountered and repaired. A fiber glass porch roof was replaced, some gutter work completed. Installation of a whole house fan was coordinated (extra attic vents installed). This was not your normal re-roofing project. We were kept informed all the way and changed orders explained and done in writing. Because of the complexity of the work the job took longer than originally estimated but through no fault of Sierra Roofing. We had two call backs and they came within hours of calling to make small corrections. We didn't take the low bid and this is a case where you get what you pay for and we couldn't have been more pleased.

It was great! The price was the best of the four quotes we got, the work was done very well, and two years later when we went to sell the house, the roof inspector didn't have a single thing wrong with it

This provider was extremely professional and knowledgeable about roofing a home. He was punctual and his bid was competitive. I would have chosen them to do the work; however, another bid came in lower and I chose them. I would not hesitate to recommend this company to provide an estimate to any of my friends or neighbors. I cannot speak to their workmanship because they did not get my job. However, if their workmanship is as good as their people and the way they presented their estimate, the job will be well done and to code. This company is worth looking at for a roofing estimate.

Description of Work
This company only provided an estimate for a roof-over for my home.

Great folks to work with. The only "ding" is the appt for estimate was passed incorrectly to Chris - we got past that and everything was super.

Description of Work
clean roof, gutters and downspouts. Inspect roof to be ready for winter.

Sierra Roof and Solar made our short list of two contractors being considered for the work. In the end, we decided to go with the other company since the total proposal for roof and solar was slightly less expensive (…meaning less than $2K for a total re-roof and complete solar installation…that is extremely close…but we can only use one contractor and had to make a decision). Based on our research of Sierra and our dealings with Chris and Jeff throughout the bidding process, I would highly recommend asking Sierra to bid on a roof and/or solar project. After awarding the work to the other contractor, that contractor asked who his competition was, and had very positive comments about Sierra Roof & Solar’s work.

Description of Work
Sierra Roof and Solar (Chris and Jeff) came to our home to bid on a complete re-roof and solar PV installation. Both were very professional, took solar readings on our roof and provided sample roofing materials and product data. In addition, any questions we had while comparing the bids were quickly answered by Chris and Jeff. Jeff explained the SunPower pre-paid lease, which helped make the SunPower system extremely competitive with other systems being proposed. Roof bid was GAF Ultra HD Timberland shingles and Golden Pledge lifetime warranty. Solar bid was SunPower E20 / 327w panels and central inverter via a pre-paid lease.

They did a really accurate job. They gave me very good price that was competitive to all the other people I talked to. I would rate them very highly. The following year, I had a leak and they came right out and fixed it. They were really prompt about it. If I ever have another roof put on, I will have them do that for me.

Description of Work
We had a roof put on by Sierra Roofing Systems in 2007.

We got bids from two different companies. They provided a reasonable bid and did the work as promised.

Description of Work
We used Sierra Roofing Systems for a reroof. They took the old roof off and put on a new asphalt shingle roof. They also did gutters.

It went well, as with all contractors the communication between the guys that were doing the work and the work that was paid for has to be managed by the homeowner, got that straightened out and from there it went fine.

Description of Work
Removal of existing gutters, installation of new gutters and cleanup

They replaced my tar and gravel roof (100% flat) on my 1200 sq ft house with a TPO roof. The work didn't start the day that it was supposed to, they sited rain, but the forecasts only had a 5% chance for the entire week- it is rarely 0%. A couple