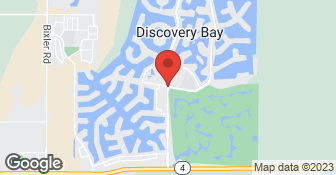 Hello! My name is Tracy Lennon and I have been painting homes in the valley for 35 years. I offer the best price and the highest quality painting. You can't get the lowest price and the highest quality no matter what any other painter tells you, You will only deal with me, I actually do the painting, not a crew of strangers that you have not talked to before they show up at your home. Give me a call so I can put you in contact with some of my satisfied customers. I have been running my business with the best kind of advertising, word of mouth, for 35 years so give me a call and let me add you to my list of more than satisfied customers. Thanks for letting me serve you! Tracy Lennon 1-209-601-0905 anytime p.s. I'm a guy and not related to John Lennon of the Beatles, but I do have a band, and I am related to the Lennon sisters of Lawrence Welk fame. 35 years experience Interior/Exterior Pressure washing Drywall repairs Texturing High ceilings Resedential/ Commercial No job too big or too small Work nights and weekends License #787589 1-209-601-0905 anytime  …

It's been going well with this company.

Description of Work
They cleaned my windows and before that they did gutter cleaning. I had an interesting request and I need them often. They came once initially and flushed out the gutters and now I have them coming out to do dry cleanings of the gutters.

We had a pigeon issue at my new office at work - they're not wrong when they say that pigeons love nesting under solar panels. We have 753 of them! Once a pigeon makes a home somewhere, it's really difficult to get rid of them. The roof was covered in pigeon poop - it was close to air vents and due to the high corrosive nature and the bacteria issue we decided to have someone come out and take care of the issue. My dad owns the company so I was given the task of finding the best person for the task. Bob was very prompt in getting our estimate to us and Jessie in the office was very responsive and super nice to speak to. We had a couple of bids for this big project but the professionalism of Bob's invoice and the layout and detailing of every aspect that would be taken care of put our mind at ease that we would be taken care of. My dad had a few questions for Bob and he said we could call anytime for answers. We moved forward with All Pro and four guys came out the next week and worked solidly. They managed to pressure wash the solar panels as well as under neath (this is a pretty gruesome job given that the panels are only a couple inches of the ground). The roof was immaculate and they proceeded to insert wire mesh along the solar panels to prevent the birds from getting back underneath. After one day, you could see that the birds had tried coming back in the evening to get underneath the panels only to be unsuccessful (they left more poop right next to the wire mesh they had been trying to move!). The men returned the next day to complete the job - they tidied up all their mess along with doing a few extras like washing the patio area and wall that had more poop. They were very polite and friendly. So far so good - you can see the birds circling over the buliding but they have no where to go. My boss is delighted. The fact that Bob guarantees his work and will come back out to deal with the birds should they come back and get under the wire just shows how much confidence he has in the work he does.

Windows have never looked so good, took great care in making sure service was performed up to my specifications.

Description of Work
Cleaned all windows and screens inside and out and cleaned tracks. Inlcuding both garage doors windows.

I saw their advertisement in a publication. So I used them. They did an excellent job. I give them all As.

Description of Work
They cleaned all of my windows.

Everything went well and I thought they were pretty good. He did a good job but nothing in particular stands out to me.

ALL PRO WINDOW CLEANING - CEO/OWNER: While I appreciate the good job you did on our gutters, your quick responsiveness to our crisis, and good faith effort to figure out what was going on, I was put off by how insistent you have been that your company did nothing wrong. When we talked on the phone, you were professional and polite, but you kept wanting to point out that you failed to see how your crew could have caused the leak…how could you have known without looking under the tile? Even your pictures do everything but show under the tile. Your own guy admitted to me that they screwed up when I met him on site. Plus, I told you I was having a contractor come out, and we should just wait and see what he finds, but you still had to send this big report that proved nothing, and made unsubstantial assertions (i.e. no negligence was found), your report was irritating….all that being said, the upshot is you and I are square, but I think we both dodged a bullet. The irony is I should be thankful your guys screwed up because it prompted getting the roof contractor out there to fix the bigger issues, which eventually would have led to undiscovered leaking, which would have led to wood rot issues,…so thanks. Regards,

They were thorough, punctual, and, clean. Very reasonably priced. They are reliable and I was very happy with the service. They did a great job power washing my dock and deck. They service a broad area.

Description of Work
They washed all the windows and power-washed the dock and deck.