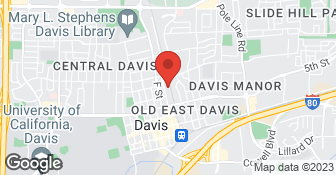 You use gas and electricity every single day in your home, and your cooling and heating systems run year-round. When it comes to saving money, Homeowners often overlook energy-efficiency. NRG-Pros can help you find out how much money you can be saving with energy upgrades. We can also match you with the best home upgrade programs in California that make it easier on you to take the next big step to improving your home. Lowering your home's energy costs will save you money for as long as you live there. Older homeowners have felt the sting of escalating energy costs over the years; however, there are also some early adopters among younger buyers, especially in regions of the country with more extreme weather. The Sacramento Valley, for example, has a very hot summer and a very cold winter due to its Mediterranean climate; lowering energy costs is very appealing to residents and business owners. We are the best home improvement contractor in the greater Sacramento Valley, Owner Operated with over 20 years of experience in the industry.

Home improvement company specializing in window replacement, doors, patio covers, LifeRooms, sunrooms, siding, solar and HVAC Systems. We are committed to providing you with the highest level of customer satisfaction & finest home improvement products available. We've been in business since 1995. We are Diamond Certified and are rated A+ with the Better Business Bureau. Our competitive pricing guarantee ensures we will meet or beat any competitor's written quotes. We have many different finance options available! Simply the Best...Trust Northwest!

Bedrock Construction is going to do our bathroom remodel and it's still in the design phase.

DESCRIPTION OF WORK
Bedrock Construction gave us a quote to remodel our bathroom.

We did not chose any of the initial bidders as they exceeded our budget expectations. Currently, we have replaced windows, sliders, and front doors with the help of a different subcontractor (Angie list A contractor). We have purchased all the kitchen appliances/sink and range fan. We will start tearing up the guest bathroom in June, and will proceed to the kitchen.

DESCRIPTION OF WORK
Had Bedrock, Eberly, and Morse give us an estimate for kitchen and guest bath remodel in Davis, CA. Chose all three for estimates based on previous knowledge about the builders, checking BBB, license info, and finally Angie's review. In summary, all three have excellent reputations and all three said they would provide free estimates. I had researched heavily materials costs (retail) prior to the remodel to get an idea on a probable budget which I shared with them all. I then doubled these costs for a final budget estimate because as I explained to them all, I did not have a good feel for labor costs. All three were contacted, and at least one (Eberly) asked our budget limitations. Now it may be or not be in the clients best interest to reveal this information because in my experience as a buyer of advanced instrumentation for a major public university, your budget often becomes a myopic target. Often its better to have contractors understand they are bidding against others, and since they were all chosen based on their excellent reputations, in the end you go with the lowest bid and expect you will get an excellent product. Eberly Construction gave us a bid that did not include the bathroom because the kitchen alone had nearly exceeded our initial budget. After our initial meeting, that should have been obvious, and they should have parted ways with us. Bedrock worked diligently at the estimate, and initially we thought they would be our choice. However as they researched more, the budget just kept going up. Morse construction also exceeded our budget. As Eberle responded to my review of them, does that make us cheap or naive? Well maybe, but we told him we were naive and we did give him our budget, and all our retail material costs. Many of these folks have very thin skins and folks asking for "free" estimates" should be aware of this as not to take advantage of their time and energy. So we learned something from this process. However, I think most folks are in a similar position as us; you might have a guess as to what it will cost but you had rather have a hard answer before beginning a project. As Eberle appropriately points out , they have a lot invested in their business and their cost structure reflects that. Would all three have given us a great remodel. Of course, because I checked them all out before I started this process. The point is either because their cost structures are too great, or we are too cheap, we did not match up. So my wife and I are doing the remodel ourselves, hiring subcontractors as we need. So far so good, but we will just have to wait to the jobs completed to find out whether we were too naive/cheap or they were too pricey!

They gave us free estimates. They were punctual; and, I got two personal recommendations for them. Their original bid was somewhere in, the middle. It wasn't the most expensive; so they weren't the least expensive, either. They have done a lot of work in Davis and since Davis is a weird place for construction; as far as, code requirements. I wouldn't run into any problems with them; since, they do...

DESCRIPTION OF WORK
Bedrock Construction gave me an estimate; for remodeling my kitchen, two weeks ago.

His estimate was very clean. I'm not using him because he was pretty expensive. He had to come from Davis. This guy probably upped the price because he would have to travel from Davis. I thought he was very comfortable. I would have used him if I was to have that kind of money. He was really clean and presented himself very well. His responsiveness was good.

DESCRIPTION OF WORK
Bedrock Construction gave me an estimate.

Left message and received a call back within several hours. I received professional expert advice on whether to repair or replace the tile / grout in our master shower enclosure. It was recommended that the tile / grout be repaired and cleaned rather than replaced contrary to another over-the-phone consultation from another tile professional. Although it was clear to Bedrock Construction that my n...