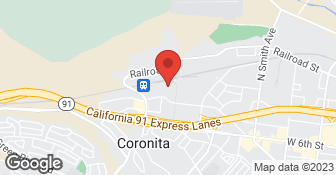 Family owned. Additional phone numbers - (951) 284-0593, (714) 258-7030, (800) 675-2956. Additional DBAs - Save On Moving Co, Savon Moving & Storage, Savonboxes.com, Savonmoving.com. Sav On Moving & Storage, Inc. is an Arpin affiliated mover that provides moving services for San Diego, CA. Customized estimates are provided for both local and long distance moves by having a professional move consultant come to your home to conduct a move inventory and create a no-obligation price quote. Complete the form above and an Arpin representative will contact you shortly....

I have moved with Arpin Van Lines 5 times over the last two decades. They have been cross country moves. Unfortunately this was the one time things were damaged. There were damages to appliances and they did not respond to phone calls. Careless packaging where things were damaged. They put light bulbs in with heavy items that resulted in the bulbs breaking. Wooden furniture was damaged and things were just crammed into the truck. The people were nice, the pricing was competitive, but I wish I could have spent more money with someone else to get better work. They did not subcontract to reliable people. Their own people showed up on time but did not follow specific directions. Basically they are polite but they ignored requests. Once you have moved it is hopeless to get any attention from them. They gave me assurances that the damaged goods would be taken care of and said they would be in contact with me. Nobody has been in contact with me and it has been impossible to get a hold of them about the damages. It was so painful to deal with them that I have just given up.

Description of Work
They moved me to my new home in Texas.

Hi [Member name removed], We were under the impression everything went well since you gave us a good review on our performance and exceptions form. Please let us know where your claim stands by emailing us at "socialmedia@arpin.com". If you haven't heard anything yet, we can find out as to why. Thank you for bringing this to our attention.
1.0

Everything started out okay, but soon went downhill the day the actual truck driver arrived. He was late, grumpy and was not happy with Arpin or Savon the sales represenative. There is obviosuly a lack of communication between Arpin, the Driver and the Sales represenatives they use. The driver refused to pack a few large items incouding the big screen TV. I had to go back and forth with Savon and in the end the packing guys saw my frustration and did it depsite the driver. At the end of the packing, the driver proceeds to extort me because he is not happy with the price Savon quoted. He makes e sign a bill of lading that includes additional charges based on weight and number of items even though I show him the fixed quote from savon. The driver continues to tell me he does not want to go to Colorado now and wants to pick up other loads. In the end, we had to wait 10 full days becuase they decided to drop off other loads.They originally said it was one date and then put another date on the actual paperwork. My wife, Myself and our kids were in a empty house for days and days. The grumpy driver finally arrived and began his normal bad attitude and telling me I should have shoveled some snow on the driveway. I had spent days confirming with Arpin and savon that I would not be charged extra than what was agreed and signed to. I was in limbo the entire time. In the end this organization relies on its non arpin sales reps and independant drivers who are not on the same page at all.

Description of Work
Used their moving services from California to Colorado

Morris Moving and Storage Inc. We are a local licensed, insured moving company with over 40 years in this area. We have a large 13,000 Square Foot Warehouse with over 200 5x7x7 vaults availaible for short term or long term storage, completely secured and safe from the elements, we also have open storage available for larger items at a easy monthly fee. We service all of California, if you are moving locally or anywhere in the state, we can help. We can provide any and all aspects for your move. packing, moving services, for apartments, homes, offices, or larger moves including piano services. We can even load your POD or container for the move. (With a minimum hourly charge ) We charge by the hour with a minimum of hours required (usually 2 or 3) , no extra charges for stairs, long carry, or multiple stops. The hourly fee starts at your door and stops when the move is completed. (Drive time is doubled.) Fuel charges and taxes are also included in the hourly rate. No extra charge for weekends or holidays either. We charge the same hourly rate 7 days a week. If you need 1 truck or more we can help. If you need a short notice move, this is usually not a problem. Free estimates. Our employees will wrap all furniture and take care to make sure your belongings arrive just as they left, if we pack or load. We also will take down and set up your beds! Call today, we can move you tomorrow! 714-889-7987. Our hours are from 7:00am to 10:00pm 7 days a week. Prices only change for the amount of trucks and workers needed to complete the job. Or the cost of materials to pack your belongings, ie: cartons, tape, wrapping paper. These are available on all our trucks, driver has the price list, if needed.  …

At Good Neighbors Moving, in Los Angeles, CA we value our customer's possessions. That is why we guarantee our services, so you can rest easy knowing your personal items are in the hands of professionals. Our moving company offers extremely affordable rates on our expedient moving and packing services. The easiest way to move in LA County. Moving so many families and businesses every year has prepared us for meeting virtually any moving challenge.  …

Discount Movers has been in business since 1990 serving customers in Southern California and the Las Vegas valley.  …

All statements concerning insurance, licenses, and bonds are informational only, and are self-reported. Since insurance, licenses and bonds can expire and can be cancelled, homeowners should always check such information for themselves.To find more licensing information for your state, visit our Find Licensing Requirements page.
General Information
Free Estimates
Yes
Eco-Friendly Accreditations
No
Payment Options
American Express, Discover, MasterCard, Visa
Senior Discount
$10.00
Warranties
Ask For Details

No, Arpin Van Lines - Sav On Moving & Storage Inc does not offer a senior discount.

No, Arpin Van Lines - Sav On Moving & Storage Inc does not offer warranties.