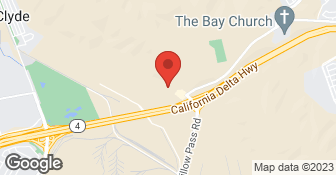 At West Coast Windows and Doors, we believe in taking ownership over each project from start to finish; owners Richard and Kelly are involved every step of the way. We operate several crews, all of which are staffed with company employees. We take pride in our product and services and it is our goal to exceed our customers' expectations....

The installation of the windows was great and it went very smoothly for us. It is very nice to have the new windows. They are so much better than the old windows. The crew installing the windows was superior. They were on time, worked diligently and were very professional and polite. They did an excellent job. I highly recommend them, especially with the difficulties involved with Covid. We purchased a sliding door from West Coast windows about 5 years ago and had great service at that time, which is why we choose West Coast Windows again. Everyone from office personnel to installation personnel have been very helpful and positive to work with. I would highly recommend West Coast windows to anyone thinking of replacing their windows.

[Member Name Removed], thank you for taking the time to share your experience with our Team. Appreciate your confidence and thankful for your business. Kelly
5.0

After talking with a couple of window replacement companies, we went with West Coast Windows & Doors. Richard Beil, the owner, came to our house and measured all the windows and doors to be replaced. He was detail-oriented and suggested a few improvements over what we were thinking. Richard suggested frosted glass and double-hung windows for the bathrooms, and security bolts for some doors and windows. We went with Anlin windows because they were able to provide a single window to replace the large picture window in our living room. I had tried to research window replacement brands but there's very little reliable information out there. I felt pretty comfortable with both West Coast Windows & Doors and Anlin because they've both been around for three decades. Joey, the crew leader, and Ramuel showed up on the first day. They replaced two sliding-glass doors and several windows. The next day they replaced most of the rest of windows. On the third day, Joey and another fellow showed up to install the remaining windows and do the finish work for the installation. It was a long day but they finished everything. And they all wore masks during this crazy COVID time. The new windows are doing well and have fixed our two major complaints about the old windows. First, they've greatly reduced the amount of noise we hear from outside the house. It's a lot quieter in the house now. Second, they're very energy efficient. Our old windows had a single, thin piece of glass and aluminium frames, so they let in heat in summer and cold in the winter. The new windows are double-paned and have vinyl frames so our house is now cooler in the summer and warmer in winter. Joey noticed a manufacturing defect in one of the windows. Anlin send a guy with a truck who came out and quickly fixed it at no cost to us. Anlin provides a warranty that covers anything that happens to the windows and doors, including accidental glass breakage as long as we own the house. The warranty is transferrable to the next owner. West Coast Windows also provides a warranty for their workmanship. Never having been through this before, I was impressed by how quickly our windows and doors were replaced and with the quality of the new ones. We're very happy with West Coast Windows & Doors and Anlin.

Description of Work
Replace all the windows and sliding glass doors in the house.

The installation crew was excellent: polite and communcative, as quiet as they could be under the circumstance. They cleaned up very well after each day's work and at the end. The finished product looks great.

The team that came out and did the work was punctual and professional. They went right to work and finished the job in just a few hours. They also cleaned up well. We are very pleased with the work and will have them out to do another job when we are ready.

Description of Work
Replacement of windows and patio door.

Owner, Richard, was very knowledgable and was familiar with all the nuances of Rossmoor. I got 5 bids for new windows and this company had it all... Fair pricing, professional workers, fabulous office support and a great painting crew. I have already referred them out to other agents in my Real Estate office.

Description of Work
Dual pane windows for my home

This was a great customer to work with - Thank you for mentioning the crews, and office support as they are the backbone to our Company. We appreciate the confidence you had in our Team!
5.0

Very well, the company put two crews on the job to make it faster, the workers were very enthusiastic and professional and everything was completed in five days: we were very happy and would highly recommend West Coast Windows and Doors Inc. to anybody who needs to replace the doors and windows of a home.

Thank you for taking the time to write this review. This was a large job and our crew did a great job in completing it timely for the customer. She was lovely to work for and so appreciative of our staff.
5.0

They were very professional. I was pleased with finished work. I would recommend them to anyone having windows replaced.

[Member Name Removed], thank you for your business and confidence in our Team! Enjoy your new windows and always know we are here long after the sale.
5.0

It went very well and both my wife and I are pleased with the new patio doors.

The workers were great. Got there on time. Did an awesome job, including cleaning the window tracks so that they slide much easier, and cleaned up everything afterwards. Will be hiring again.

I am a professional who always thinks about the possibilities of solutions, even if for this I need to go beyond instruction manuals, but I do not work in a way that allows for risks, environments that are always clean and organized.  …

We take care of the Honey Do List of repairs around your home. Interior painting, minor plumbing & electrical, door repairs & replacement, trim installation, drywall repairs on just a few items on our List of Services. Please contact us at 707-746-7958 or 925-969-0133 and hiremyhusband@comcast.net.  …

Are there any services West Coast Windows & Doors Inc does not offer?