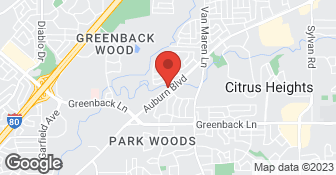 Our main goal is customer satisfaction. With many years of experience we specialize in Residential and Commercial Interior and Exterior Painting as well as Cabinet Refinishing.

West-Cal, Oskar and his crew were great. Oskar was quick to respond initially and to set up a time for an estimate. At the estimate he arrived with a mask on (others didn't) and carefully listened to what we were doing. He was clearly knowledgeable and patiently walked me through all the details. The quote I received was reasonable and he promptly answered a number of my questions via email before I approved. On painting day Oskar and the crew arrived early and got to work. They were all pleasant and talkative, they answered questions, and were respectful of our space. The workmanship was excellent and they were happy to clean up a few bits of overspray and missed spots. The cleanup was thorough, even wiping down the floors by hand. I will definitely contact them again for future jobs.

Excellent to work with the owner Oscar. Great job and and will hire again for future painting needs.

Oskar and his crew did a great job. They were able to start our job quickly and even finished early. We will use their services again and I highly recommend this company.

I spent several weeks trying to locate a painting contractor for our 3364 square foot single story residence. I don't intend to move or sell, and the stucco exterior of my 15 year old house had existing cracks, along with weathered wood fascia boards. I have experience painting myself (painted four houses and numerous interiors) and I was aware of the scope of work required... but am tired of climbing ladders. I used Yelp to request bids, which resulted in one contractor actually coming to my home, and several more who responded via phone to give me bids...all of which were sight unseen. The contractor who visited came in 50% higher than the rest. Those who did not inspect my house all told me their level of experience enabled them to quote a cost sight unseen. I felt I wanted at least one more bid from a contractor who would visit my home. Further online searching led me to Angie's List, which revealed West-Cal Painting with a five-star rating. After checking West-Cal Painting's license status with the contractor's state license board, I got in touch with the owner Oskar Vargas, and requested he give me a bid. He made an appointment with me to inspect my house. Meeting Oskar admittedly caught me off-guard, not because he appeared younger than I expected, but because of his level of knowledge as he walked me through what repairs my house required, coupled with his estimate of the time needed to perform the work, as well as his personal professionalism. Oskar left and later e-mailed me a professionally prepared estimate that detailed all of the work we discussed at a very reasonable price for the full scope of work, which I chose to accept. Oskar then sent me an electronic version of a contract, which I was able to sign electronically. About two weeks later Oskar had a three man team at my house that arrived in a new commercial vehicle loaded with the proper equipment to begin working. Jose, the foreman, Jorge, and Jesus spent just five days to complete a mountain of work. They were all extremely polite, easy to get along with, and were very receptive to questions and comments. The scope of work was reviewed and was clearly communicated. It was quite apparent these three painters were well organized, knew how to address the full scope of work required, and worked efficiently as a team. I never once sensed or heard complaints from this team - they simply got a large volume of work accomplished in a very efficient manner. My wife had picked out the colors from one paint color vendor and Oskar had the paint color perfectly matched using Sherwin-Williams top quality paints. The scope of work detailed all surfaces would be properly prepared, pressure washed, and covered with two coats of paint, which also included back rolling the second coat. I saw them perform all of the work called out in the contract. When all was said and done after just 5-days of work, my house looks fantastic. This is evidenced not just by my neighbors passing by with nothing but positive comments, but also by a next door neighbor who inspected the painting while in progress...who then promptly sought his own bid based on the quality of the painting my house received. Oskar and his painters delivered the 5-star quality he promised at a very fair price, and West-Cal Painting would get my recommendation/referral for any job, any day. - period.

I will definitely recommend Oskar and his crew and will use them the next time the need arises. The price was very competitive and fair. Oskar was hands on from start to finish. He and his crew were honest, polite, and professional. They were all open to my needs and had great ideas. I really appreciate their advice and knowledge. My house looks spectacular!! Thanks Oskar.

I was very impressed by quality of service and professionalism. High quality job.

They did a great job painting our older house. They were very responsive and made sure that we were satisfied with the final product.

I recently updated the interior of my home and was hoping to find a qualified painter to make suggestions, help me with choosing colors and above all be patient with me. After all, my updates were a very big deal to me. Oskar, the owner, spent a great deal of time at our first meeting explaining the process and suggesting colors. I felt very comfortable with him. He sent a detailed estimate within 24 hours. After selecting West-Cal Painting to do the job, Oskar returned when I had my color selections narrowed down and painted a wall , ceiling and baseboard with my final selections so that I could feel comfortable that I was making the right choice to go with my flooring, carpet etc. He was very communicative, professional, always on time and I felt comfortable leaving Oskar and his crew in my home while I was working. The painting was superior and I could not be happier with it. I highly recommend West-Cal painting and as a matter of fact, I am in the process of getting an estimate from Oskar to do the exterior of my home.

Can’t say enough about how impressed we were with West-Cal Painting! First, Oskar was very prompt in all our communications – a huge plus in our book!! Oskar and his workers were very professional and polite. West-Cal patched and painted a very large amount of baseboards following the replacement of our wood floors, retextured walls that were damaged during the floor replacement, matched and touched up wall paint, and repaired/painted our weathered facia board. All-in-all it was a two day job. Upon review of the initial baseboard work, we pointed out a couple of areas we thought could be improved and Oskar quickly agreed and did what it took to get the job done to our complete satisfaction. The wall texture and paint touch up looks amazing!! I would highly recommend Oskar and West-Cal Painting. Whenever we have additional painting needs, we absolutely will make one call – to West-Cal. Thanks, Oskar!

Oscar and his team were awesome. Oscar is very professional and provided all his credentials upfront. His team was open to suggestions and did an outstanding job

They are very good, very professional, very responsible, did a very nice job from preparation all the way down to the finish. Price was competitive.

Description of Work
They did some exterior and interior painting.

Great quality and very professional. We would highly recommend. We will use them again in the future.

Description of Work
They did some exterior painting.

We specialize in interior and exterior painting services, cabinet painting, and more! We guarantee your satisfaction, and we won’t leave until the job is done right. We pride ourselves on the quality work we provide, while delivering great customer service! Call -or- click to schedule a free estimate today!  …

Bonded
Insured
All statements concerning insurance, licenses, and bonds are informational only, and are self-reported. Since insurance, licenses and bonds can expire and can be cancelled, homeowners should always check such information for themselves.To find more licensing information for your state, visit our Find Licensing Requirements page.
General Information
Free Estimates
Yes
Eco-Friendly Accreditations
No
Payment Options
Check
Senior Discount
5%
Warranties
Yes

How is West-Cal Painting overall rated?

West-Cal Painting is currently rated 5 overall out of 5.

What days are West-Cal Painting open?

No, West-Cal Painting does not offer eco-friendly accreditations.

Are warranties offered by West-Cal Painting ?

What services does West-Cal Painting offer?

Are there any services West-Cal Painting does not offer?