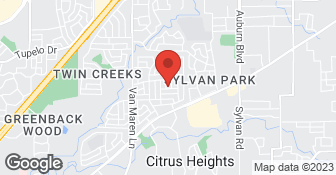 Tom’s Concrete is your number one source for complete residential concrete services. Our family owned and operated business is backed by over 20 years of experience in bringing you the best concrete services. We offer a variety of services from concrete driveways, flatwork, patios and walkways to decorative and stamped concrete. Our staff is professional, prompt and reliable. You can be assured that your project will be completed in a professional and timely manner. Enhance the look of your home by calling Tom’s Concrete for all your concrete needs. LICENSE #: 735226. PLEASE NOTE: WHEN CONTACTING TOMS CONCRETE FOR AN ESTIMATE VIA Angie's List, PLEASE INCLUDE YOUR PHONE NUMBER AND A GENERAL LOCATION SO WE CAN CALL YOU TO SET UP AN APPOINTMENT. THANK YOU!...

Professional Lawn and Landscaping Services with a commitment to customer satisfaction are available through Lawnscaping DL. We offer a wide range of services including Artificial Grass Installation, Irrigation Repair and Installation, Concrete Services, Tree Trimming, Fencing, Yard Clean-up, Outdoor Kitchens, Landscaping Installations, and more! Give us a call today to schedule your free estimate. We pride ourselves on attention to detail and creating the landscape you have dreamed of!  …

Specializing in asphalt paving- new installs, repairs, gravel, sealcoating, and more! We guarantee your satisfaction and we won’t leave until the job is done right. We pride ourselves on the quality work we provide, while delivering great customer service! Check out our services offered and call or click to schedule a free estimate today!  …

We are a family run business. Our company is committed to creativity, quality, and service. We take pride in all our work and strive to provide beautiful, functional landscapes. Through effective management, proper communication and long-term relationships with our clients. We provide full landscape construction including all types of concrete, pavers, artificial turf, retaining walls, fire pits, fence, etc.  …

i had Tom and his crew come out and lay a concrete strip approximately 30 feet by 12 feet as a base for a huge shed I am going to have built. Tom not only did a terrific job but he easily handled a second and even a third job I threw at him while he was here. Tom made suggestions on drainage issues I never even thought about and his ideas were spot on. He even went out of his was to work with my electrician on setting the power line and ground. Tom is a straight shooter who did an awesome job and a very fair price. I highly recommend him

Description of Work
Needed a long 30' x 12' concrete pad poured for shed base and also a separate pad off of my back patio.

We purchased a home in Folsom and the previous owner had put down red lava rock (lots of it, see photo) and I knew it had to go, but I also knew that I wanted to keep the existing lace leaf maple tree that she had planted. I had Tom come give us an estimate and I really didn't know what I wanted done, but like I said, I knew I wanted to keep the tree and I knew I wanted steps coming up to the front door. Tom gave me some ideas and a bid, he was very knowledgeable so we ended up hiring him and we could not be happier with our decision. Tom and his crew arrived on time to start the job when I threw a curve ball at him, I asked if it was possible to move some of the large moss rocks that I had in my backyard and use them in the front yard. He went out back and made sure he could maneuver his bobcat so he could get the rocks out front and he said he could do it. Yay! Tom’s brother Terry (also a concrete guy) showed up and Tom and his crew would go in the backyard, get a moss rock and then his brother Terry would tell Tom where to drop the rock. It was a process! Then, because I am a pain, after everything was formed, I called Tom and asked if they could bull nose my steps, and put a border around the concrete, he again said yes, they could do it. He came back the night before they were set to pour to install the cantilevers where on the steps. I could not be happier with my how my concrete and yard turned out, it looks AMAZING! In total, the project took 4 days and at the end of each day, he and his crew cleaned up everything! I would highly recommend Tom’s Concrete

Tom’s Concrete provided professional high-quality service. On the same day that I called Tom for an estimate on a new walkway, Tom was able to come to my house, and gave me a reasonable estimate for the job. Tom said he could start the job by the end of the week. Tom and his crew arrived at the time and date promised and they completed the job in one day. The walkway turned out great! I highly recommend Tom's Concrete.

Description of Work
Installed a cement walkway in my front yard.

Outstanding! Tom and his crew were great to work with, and we have any projects in the future, we will certainly call him. Highly recommended!

Description of Work
Pour a concrete pad around an existing pool pump pad, making a total space of 9' X 16'

Tom is a real professional doing lots of large jobs. He made time for my very small job and cut no corners! I highly recommend him for any concrete job. The work on mine was perfectly finished and i will use him again.

Description of Work
Did prepare work for, including forms, a rather small concrete job. Then poured and finished the cement.

Contacted Tom for a quote about pouring a walkway and pad for our green waste cans on our side yard. Tom contacted us and I explained what we would like done, I sent him pictures of our side yard to give him an idea of where the work would be. He came out on Sept 30 and gave us an estimate which we accepted. Tom and his crew got to work right away and framed and poured the cement that morning he even modified the work to accommodate me at no extra charge as I use a walker. Good communication skills and work we would definitely use them again.

Tom and his crew are great! They are always on time, efficient and totally professional. Our project was complicated and Tom gave a thoughtful analysis of the issues and quoted a fair price. The project result is beautiful.

Description of Work
Removal and replacement of concrete driveway

Tom was highly recommended by our neighbors, and he did not disappoint us. Very knowledgeable, professional;, and his price was fair.

Description of Work
Designed and poured/stamped our concrete patio

Tom and his crew gets another great review. In my business I deal with contractors all day long and hear plenty of horror stories. It's refreshing to get one who shows up on time or at least communicates when he's running a little late. His price was fair and the work was done in the right amount of time and the part I really liked is he employs Americans to do the work. I wish I had more work to do because I would definitely hire him again. He's just a good guy.

Excellent work, Tom! Tom is very knowledgeable and friendly and he gets the job done right. He explains what he is doing and why. His crew is friendly and skilled. He has a great team that enjoys working together. After 13 years I can now enjoy my backyard the way I want to. I am so very happy with the transformation of my mulch and weed infested yard. Now it is functional and way less maintenance. Thanks again, Tom. I will recommend you to everyone who needs cement or concrete work.

Foundation repair, brick/block work, asphalt, cleaning and/or resealing of concrete. Repair of concrete we did not install. Ask for further details.