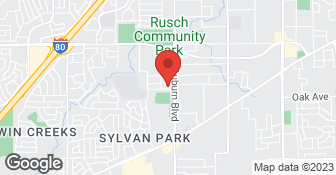 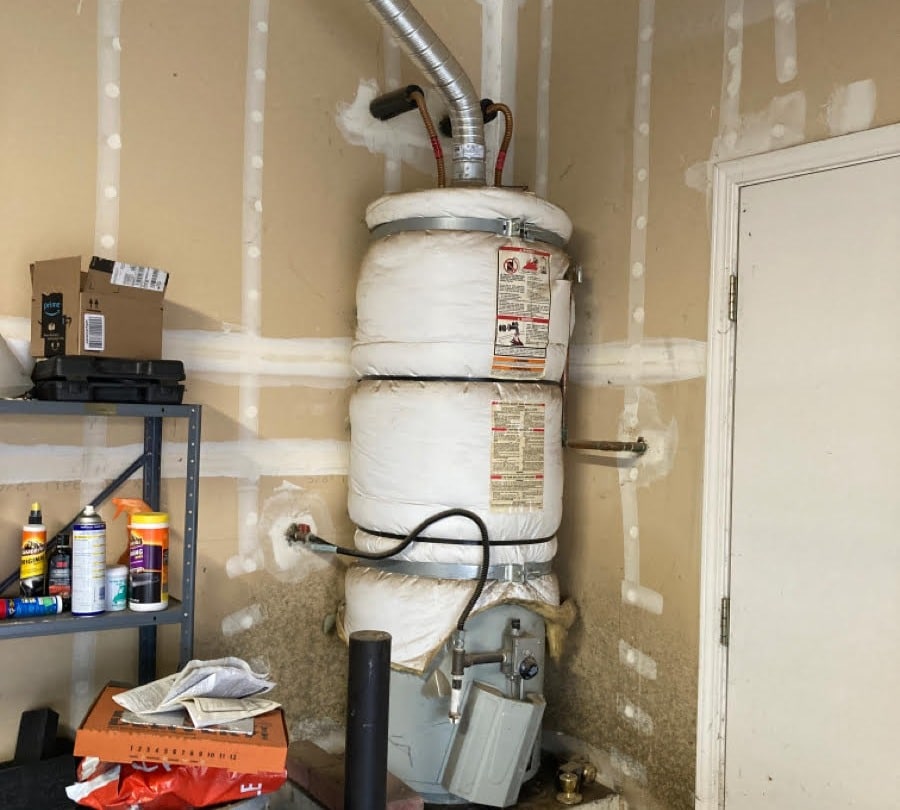 plumbers202195621
Super Brothers replaced the old gas water heater with a new high efficient heat pump water heater. Because of the SMUD rebate, our customer paid only $1125 that includes Installation up to code, a new water heater that values about $1600, mixing valve, electrical work, building permit, and rebate processing. Just water heater itself costs in Home depot around $1520 + tax. It is a very good deal!!!…
View project

They were good. They know what their doing. We would have them come back and take care of anything. Lastly, they were excellent.

Description of Work
They replaced some sinks and toilets.

This was my worst nightmare. They opened up the walls to the crawl space and rats got in my house. Even though they repipe the whole house, they didn’t clean out the faucet filters until I requested that they be fixed so they flow like they did before the repipe. I was told that wasn’t part of the repipe but eventually they agreed to ‘see what they could do’. They never did get the bathtub faucet and shower fixed, so water still comes out of the shower when the bathtub faucet is turned on. They also installed a water heater outside and failed the inspection because the foundation for the water heater wasn’t up to code. They did the bare minimum to get it to pass inspection, but I was not happy with it. I contacted another contractor who reinstalled it on a cement foundation with appropriate ventilation. I was extremely unhappy with their work and every time I questioned anything, I was told that is they way they do it and no one else complains. Luckily the building inspector agreed with me, but the work was still substandard, even after they ‘fixed it’. I have never had a rat or mouse problem until the repipe. They sealed the holes they made and sealed the rat in my house. It took me weeks to catch it, but not until after it went through my dresser and chewed holes in my wool sweaters.

Bait and switch company offer $99 on website and on phone recording when you call in they quoted $750 after Smud rebate when called out on price for $99 they refused to lower price here is there website clearly saying $99 for Gas to Electric conversion of hot water heater $99. But they refused to lower price to $99 telling em that iam abad person for trying to get a advertised price that they had given to other customers. go to [*** Link removed ***] and you will see and call there number you will here it say just $99 for smud customers.

Hello [Member Name Removed], This Aprill Smud announced that they are lowering their rebates prices for heat pump water heaters from $3000-to $2500 . On our website the ad said we can install a heatpump water heater starting from $99. This price is for a unit that has the electrical work already completed and a new wire does not have to be pulled from the electrical panel. Your unit however is not the case and requires additional work.The price we quoted you at $750 is for an energy star water heater tank and requires pulling a new electric wire as well. We believe we have given you a fair price and most plumbing companies would quote you a lot higher on average. You are correct that the recording says the heatpump installation starts from $99 but that recording was taken while the rebates were $3000. Due to the situation happening around the world our advertising company is closed and we have not yet switched the recording or the adds but are trying our best to find someone We also received information from Smud 2 days ago that they are no longer going to have the rebate for Heat Pumps, HVAC, Windows and Insulation. We fully understand you would like an installation for $99. I would also love to provide you a $99 installation as well, however we can no longer keep these same prices because Smud was changing the price of the rebate which they are no longer doing. Again with this Corona Virus alot of Advertising companies are no longer working and we have tried contacting several different ones. The situation is difficult but we are working as quick as it can to have the ad updated.
5.0

Dimitar, Volodymyr, & Timyr showed up on time and quickly went to work draining and removing the old water heater. Wasting no time, they then started on the installation of the tankless unit. The gas line was probably the most work, since my gas meter was located on the opposite corner of my garage (approx. 30ft). They managed to get it done and looking great. They were able to run the exhaust PVC tube through my existing exhaust port in the roof, so no new holes had to be made or existing one modified except for the cap on the roof. The tankless unit requires a hooked neck at the top, so they did a great job of that. The best part was the exhaust tube is the same color as my roof (brick red), so I didn't have to worry about painting it to match for my HOA. In the end the guys were great. They were very professional, kept a clean work area, and were very polite. The price of a tankless is already on the expensive side and the install costs a bit too and they charged exactly what the quote. No hidden costs or any surprises. For me it was the gas line that cost the most, but their quality of work was truly awesome! I found them on the tankless water heater manufacturer’s website (Rinnai) as one of their preferred installers. After reading their reviews I decided to give them a call. Dimitar was very prompt, friendly and professional when he came out to do the quote. He completely explained everything that they would need to do and gave me an honest quote. After talking with him I didn’t bother with looking for more quotes. I’m super satisfied with their work. After a very long day, everything was installed and running Dimitar then took the time to explain the whole system, how it works, and how to maintain it. I'll definitely be using them again in the future when I'm ready for my whole house filtration system installation or any other plumbing services that come up.

Went fine. Toilet was leaking in another place and Super MARIO replaired that also They left the bathroom clean

Description of Work
Replace was gasket

They were really great! They responded the same day even though the product was not one they installed and that is how they won my business. I will recommend them and use them, again.

I saw so many good reviews of Super Mario Plumbing, but my experience was somewhat different. I got a young guy, probably mid-20s, that barely spoke English. He did the job, and the new unit works, but when I'm paying $1400 to have a unit installed that I could buy for $600, I expect excellent service. They also tried to charge me $100 for the metal stand they put it on. I talked them down to $75, but found the exact same stand at Lowe's down the street for $40. I should have just gotten it myself, but didn't realize what it was until he was already there. He installed it and left. I expected at least a brief overview of the new unit. There is a blinking LED on the new unit, but the binding straps that attach it to the wall go right over the instructions on what that LED does. Also, the output pipe, which had been pretty straight and only had one solder joint, is now rather crooked and has several. Not sure what happened there. It does seem to be functional, though. Also, I informed them that I had taken the day off to get it installed, and could they expedite and get out there as soon as they could? They said they would, but still didn't get there until the very end of the window they gave me: a little after 4:00pm. I could have worked most of the day and not wasted the PTO if they had just given me a better idea when they would be there and not made false promises about "trying to get there as early as possible". Overall, they did the job and it works, I just expected a little more from a company with such good ratings.

He arrived on time and ready to work. He explained to me the differences of the top selling disposals, he answered all of my questions and as a bonus cleaned out under my sink and hauled away all of the unwanted items.

Description of Work
I needed a new garbage disposal installed.

Description of Work
I had a 40 gal gas water heater replaced with a 50 gal and the technician brought the water heater closet up to code. Permitting and inspection was only a couple of days.

very responsive amd quick and convenient. price given differed from quote given to arrival, but 1st tech was wonderful. 2nd took way too long but did a good job. they were able to fit me in on time and even worked the weekend which was great.

Description of Work
connect and disconnect

We are SMUD Participating Contractors. Upgrade your Water Heater for low cost and receive a rebate for up to $2500 from SMUD. Our services and rates are the following: Install a new 50 - gallons Gas/Electric Water Heater starting from $1675 or 40 - gallons -$1575 (a new water heater and basic installation up to code included in this price ); Install a new toilet, faucet, or garbage disposal for $225. Unclog the drain line for $225; A/C or Furnace tune-up for $75. Free estimate for Tankless installation, Water Filtration System, HVAC System, Repipe, Bathtub, and Heat Pump Water Heater. For more information regarding our prices please visit our website.

No, Super Brothers Plumbing Heating & Air does not offer a senior discount.

Super Brothers Plumbing Heating & Air offers the following services: We are SMUD Participating Contractors. Upgrade your Water Heater for low cost and receive a rebate for up to $2500 from SMUD. Our services and rates are the following: Install a new 50 - gallons Gas/Electric Water Heater starting from $1675 or 40 - gallons -$1575 (a new water heater and basic installation up to code included in this price ); Install a new toilet, faucet, or garbage disposal for $225. Unclog the drain line for $225; A/C or Furnace tune-up for $75. Free estimate for Tankless installation, Water Filtration System, HVAC System, Repipe, Bathtub, and Heat Pump Water Heater. For more information regarding our prices please visit our website.