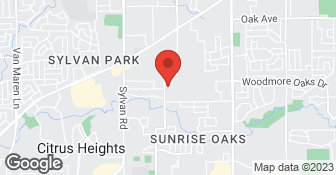 Greg and his crew arrived every day, on time and ready to work. They were professional, courteous and did a great job which was a very big project.

Description of Work
Greg and his crew removed 90% of the deck, sanded, re-stained and installed all deck boards. Our deck was in very bad shape - lots of cupping, damaged areas and staining. Greg was a real pro - gave a fair estimate and did a wonderful job. Our deck is beautiful and looks like new!

Will definitely use in the future and would recommend him for any construction project.

Description of Work
Greg showed up when he said he would and completed the repair work quickly and the work was done well. He actually charged me less than the bid because it took less time than he anticipated.

My mother had returned home after an extended stay in a skilled care facility. She desperately needed ramps installed at her house in order to safely navigate her house and safely enter and exit. I set an appointment with Greg to get an estimate for two ramps installed my mothers house.Greg arrived for first appointment on time I think, but didn't announce his arrival and started measuring the front porch for a ramp. He then entered the back yard unannounced through an unlocked gate and startled my cousin who asked him to go back to the front door and tell me he was there. From that point on Greg's attitude was a bit off. I apologized for the misunderstanding with my cousin (who was unaware of the appointment) and let Greg in to measure for a ramp in the family room. Greg left saying he would send the estimate that evening via email. Greg never sent the estimate. I had to call him then email him... When he finally responded his estimate was for $5000 with no explanation or break down of expenses. I emailed him, and I called him several times with no response. I needed him break down the cost, but he didn't answer. I was just astounded at he lack of professionalism. But I continued giving him the benefit of the doubt (because I felt bad about how the first appointment went ) I should have written him off. I called a few more times. When he finally answered, I asked for an explanation of the cost and discovered he had not included the ramp in the family room- I asked why and he made a remark about my cousin having and quot;kicked him out of the back yardand quot;. I guess he was still bothered that his unannounced entry into our back yard had caused my cousin to react defensively, in any case I apologized again for that misunderstanding and asked if he would come back and measure for the inside ramp because it was the most urgently needed. We set an appointment for the following Saturday (he said the earlier the better) I drove over to my mothers house to meet him as planned, but he never showed, he never called and didn't answer my calls..He was the epitome of unprofessional. Greg seems to have taken my cousins reaction to his trespassing really personally and perhaps being a no show and causing me to drive all the way over to moms very early on a Saturday gave him some satisfaction. I'll never know.

He was really good. He came over in short notice, lifted it up over the fireplace, and put it on there. He was great! He was very helpful and very courteous. He did his job really quick. My experience with him was great! His pricing was very reasonable.

Description of Work
Greg Brock Construction installed a mirror for us.

They came when they said they would, cleaned up and finished quickly

Description of Work
They removed a dry rotted section of siding and replaced the piece with a primed piece of T111 board. They also replace a header board at the roof line.

We have a 50 year old home in Roseville on a sloping lot with a 500 sq ft deck that was structurally unsound do to dry rot and termite damage. When my wife stepped through part of it we knew it was time to replace it. We asked for bids through Service Magic as well as another company we had done business with in the past. The three Service Magic bids came in nearly to the penny of $8,300 for the work with redwood decking. I eliminated one of them and asked the remaining two to bid Cumaru (this was introduced to us by Brock Construction - he thought it would look great next to our Spanish Paver Tiles - he was right!). Prior to asking this, I priced out the Cumaru at a local supplier to get an idea of what the cost should be. Brock came in exactly where I expected and the other was nearly $1,500 more. Brock had around 30 good reviews on Service Magic so we went with him. Greg started the job relatively quickly after we signed the contract. The weather was threatening to rain a lot during the project so it took a little longer than expected. He was good to work around our crazy schedule and was respectful or our time, dogs, etc. If I had to search for a criticism it would be the overall communication (i.e. wasn't a real schedule of work due to the weather issues and sometimes we wouldn't know whether to expect him until the morning in question - but in his defense, he may have been waiting to see if the weather would be clear before bothering us and having to change the plans). It was very minor and we can be sensitive to it, but it didn't affect the project of the quality of work. We are very happy with his work and would certainly use him again and/or recommend him to others.

Residential General construction projects / renovations and a full service plumbing devision. Please review our website at www.chsforme.com to learn even more of our services! In addition to ANGIES LIST,, we are rated as a top pro contractor on another lead sites with over 150 each 5 star reviews between them. We are a full service residential home repair / renovation company including HVAC and Plumbing. We pride our company on reliability, great communication, integrity, and quality work. We are a son and father team that has over 60 years of combined experience! Steve ( the dad) has an engineering background and takes special care that each project is done with the best results as possible. Judah, ( the son) is a perfectionist and a factory trained specialist who only insists that each project is done right the first time and that no corners are ever cut. We provide new HVAC installation /renovations for your home and perform General contract work for decking, dry rot repairs, doors, windows, siding, balconies and many other home repair services. We know that many technicians & contractors will "make things up" in order to try to get a sale. With that said, we offer a FREE SECOND OPINION. We make things understandable and easy. You have our word on it! Telephone Number: 916-256-7773  …

Bonded
Insured
All statements concerning insurance, licenses, and bonds are informational only, and are self-reported. Since insurance, licenses and bonds can expire and can be cancelled, homeowners should always check such information for themselves.To find more licensing information for your state, visit our Find Licensing Requirements page.
General Information
Free Estimates
No
Eco-Friendly Accreditations
Yes
Payment Options
Check, Visa
Warranties
Yes

Greg Brock Construction is currently rated 4.9 overall out of 5.

No, Greg Brock Construction does not offer free project estimates.