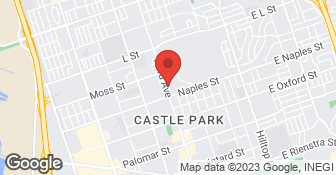 Team Rooter offers quality rooter and plumbing services to our customers in the greater Los Angeles area. This has been our passion! For this reason, our TEAM of professional plumbers and technicians use the latest equipment and state-of-the-art technology to find, diagnose and repair rooter and plumbing problems for our residential and commercial customers. We treat you like part of our TEAM; more like a friend or a neighbor and we aim to bring you the best plumbing experience possible. Whether its a clogged drain or a main sewer line replacement, when you need your job done quickly and correctly at an affordable price; contact Team Rooter . We are your top choice for drain cleaning, sewer repair, waterline repair, and more.  …

At OLYMPIA Services We are committed to customer service. We have 100% satisfaction guarantees. We are licensed and insured. We are fully train and certify as a restoration specialists. Our reputation is based on fast responses, unparalleled quality, and uninhibited commitment has contributed to our growth as a company. We understand that the need for property restoration services can come at the most unexpected times—which is why we are always ready to help! Olympia aims to exceed the expectations of every customer we work with and restore their property to its pre-damage state.  …

Need a licensed and efficient plumbing, drain, heating or air conditioning professional? San Diegans have trusted their homes to us for over 40 years! We have the experience, training and tools to expertly detect and fix leaks, clear drains, repair sewer lines, and to repair, service and install all brands of heating and AC systems. We stand behind our 100% Satisfaction Guarantee, and "Nobody wows clients like we do!" Before you decide who gets your business, there are a few more things you should know about us: - We are Licensed and Insured - We are a woman-owned, family business. We take pride in our policies and procedures that ensure you get the extra care your family deserves. - We want you to be safe in your home. We conduct some of the strictest background checks in our industry. We even do a personality profile test on every employee... making sure we have the right person for the job. - We offer the strongest guarantees in the industry ... always in writing! - We believe in paying it forward. We support a number of local non-profits such as Susan G. Komen - San Diego, the USO, Girl Scouts and many more. How can we make you smile today?  …

The Plumber where punctual, They saw the leak and cut a portion of the cooper pipe and placed it with new, they cut and kept a new valve and replaced it with one of their own saying it was useless once the cooper pipe was replaced. I was quoted from the main office that they charge $120 an hr. but I was billed more than $150. the problem was fixed and looks professionally done, but there seems to some kind of difference between their plumbers and their office when it comes to work per hour amount. I was Billed $225 for an hour and a half of labor. according to their office quote per hour, I should have been billed about $180.

Description of Work
Water leak from the main inlet

Called to get service to replace a cycling regulator valve. Plumber called ahead in the window pre-determined. Took about 30 minutes to conduct the work. I didn't realize that fuel charges were included / added to the cost of the labor. After a day, the valve began to vibrate when water passed. After about a month and a half, realizing the noise did not clear, I called them back. After consultation with the Owner, Steve Fuller, he came out to verify water pressure and ultimately changed the valve out with a new one - no charge for the second visit and new valve (under warranty).

They do excellent work and they're reasonably priced. We've been using them for several years now and their pricing is considerably cheaper than some of their competitors and they're local.

Description of Work
They fixed a lot of plumbing problems at our house.

It's been a while since we used them, because my husband is a plumber as well. They are our go to plumbers. We know the owner, and they are union plumbers. They are not cheap, but they do good work.

Description of Work
We use Fuller's Plumbing Service. They cleared drains, and they have done a lot of plumbing work over the years.

Description of Work
Ran new gas lines to all fixtures the same exact work OZZIE Plumbing was going to do for $7,800.00. Now you tell me who was trying to scam me in price? OZZIE was. I am very grateful and appreciative to Fuller Plumbing they pulled the permits for me and when job was completed, call Chula Vista Ciy and someone came out to look at the work to approve it. They contacted SDGE to take the locks off my meter. I did not have to stress about anything. Thank you Fuller for an AWESOME job and you were also were $5200 cheaper than OZZIES PLUMBER i will recommend you anytime.

Had called another plumber who stated that the next day was the soonest they could get out. Contacted Fuller and they stated they could be out the same day. They set an appointment time between 11:00 am and 1:00 pm which they failed to meet. A call to the office and they stated a plumber would be out within 20 minutes which happened. The plumber, Al, came out with all the tools and material required to do the job. This included the new cartridge and the necessary special tools to do the installation. After installing the new cartridge Al tested the tank, adjusted the plunger for proper spacing between the tank top and the pressure tank, cleaned up and removed all the old items.

When I called to schedule an appointment the person on the phone was very friendly and helpful...the plumber, John, was amazing...he came to do what I initially asked for: kitchen faucet replacement and garbage disposal installation, and then did some additional requests afterward: installed two shower heads, fixed a toilet, fixed my dryer vent and outside hose bib...he was extremely professional, and amazingly fast--did 7 jobs in 3 hours! Other people probably would have told me I needed to schedule another appointment for my additional requests. (the first place I called--Howe--were very lackadaisical on the phone and didn't even seem interested in helping me.) I highly recommend Fuller's Plumbing Service!!!

I got on Angie's list and called a few plumbers. Anderson and Fullers. Anderson returned my call and came out to give me an estimate. The service tech was very nice, polite and professional. He looked things over and told me he would get back to me as he needed to ask fellow associates some questions before he could give me a quote. The next morning Anderson plumbing called and gave me my estimate, $2,300 but If I join a club? for $90 they would lower the price to $1,900. Fuller called me later and gave me a quote of $250. OK, now I know something is up with the quote's being that far a part. I had a 3rd plumber that called and was going to stop by but never showed up. He was a friend of Jimmy B Quick. I had called them but they were short a man and very busy so they were up front and honest. They said they couldn't make it as they were busy and a man down for the week. They did refer me to this other plumber who didn't show. Not their bad that the other guy didn't show. I decided to go with Fullers Plumbing knowing full well the price would have to increase due to the location of the leak. Fullers came out and looked it over. They told me the price would triple due to the labor involved in cutting up the brick and digging down to the pipe. I agreed and still went with them. $650 vs. $1,900. Fuller came out right on time and got right to work. They had the job fixed in just over 2 hrs. Both workers were very polite, courteous, professional and represented Fullers plumbing with class. I ended up paying just over $500. I was always curious how Anderson came up with $1,900? I'm glad I got more than one estimate. Fullers has a customer for life !

Description of Work
The water dept. discovered we had a water leak causing the meter to run constantly. They helped me out with finding the leak. It was outside between the meter and my house. I dug up my yard just on my side of the sidewalk. I found the leak under the sidewalk. Quick note: The easement between the street and the sidewalk is all brick. To get to the leak is going to take cutting out a portion of the cemented brick. The brick was cut out, they dug down to the water pipe and under the sidewalk. The pipe was cut and replaced. The dirt was filled back in. I will take care of replacing the brick work.

The regulator didn't work, so they put an attachment above the water heater since the water heater running was causing the pressure to go up. This seems to have worked, and I am very happy about that. The service people are knowledgeable, punctual, and are very nice. Tony went out of his way to find me a shower head attachment that fit exactly.

Description of Work
I have used them a few times. Most recently I had a problem with my water pressure and they replaced my regulator.

Overall they did a good job, but in the bathrooms, instead of removing an old pipe they left it and left a whole in the floor. They added the new piping next to it. They created a new opening instead of using the same opening. They did this in both bathrooms. Also, they installed a new faucet and they didn't put plastic on the tile floor. It was in the grouting and he washed the sand grout down the drain. My new drains.

Description of Work
They installed new plumbing. We had galvanized plumbing and we switched over to copper.