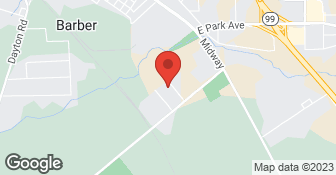 Locally owned and operated since 1980. We pride ourselves on the professional services our staff provides....

Well, first of all, they are very nonspecific on their estimates. At first, they hit me up with an extremely high price of $400. (That's 22 hours of labor LOL. $18x22=$396.) I was shocked. So they said they could do a lighter cleaning for no more than $200. Of course they charged the full $200. Also, when Ramon came out for an estimate, I specifically told him what date and I was told no problem. A week before they were scheduled to come, I called and was told they are coming on a different date! They rectified that but I would have never heard from them that they changed the date if I didn't call. I was told they calculate the cost based on $18 an hour per cleaner. At first, only one housecleaner was scheduled from 10-3. She had another job at 3:30 but I was told she could return. That would have been 11 hrs. worth of cleaning ($18x11 hrs.) PLENTY of time. She told me she was doing it alone because she didn't get a long with the other cleaners scheduled. But on the day of the cleaning, 2 people showed up because she found a friend. I would prefer that work is the only thing being done for $36 an hour, not chit chat. They didn't complete the job. I could have done it by myself in no more than 4 hours. They did about 80% of what they were supposed to. They worked from 10 to 3 and I was charged $200. That doesn't add up. $18x10 is $180, It's outrageous to charge so much for a 650 sq. ft. condo. Normally, a crew of 3 cleaned the place for $80 and it took them 2 hours. I can't imagine what a 3 bedroom 2 bath house would cost to clean, $1,000??

They were professional, friendly and very good. This is the second time we had them here and will have them again.

Call us today for all your gutter cleaning and pressure washing needs!  …

We offer the highest quality cleaning services for residential and office/commercial cleaning. We help eliminate buyers remorse by weeding out cleaners and sending only the Nation's pros! All of our cleaning jobs are graded by our customers and our cleaners must maintain A+ ratings. We also stand by our work, so you're always covered by the National Cleaning Pros service guarantee! We hope to help you clean your home or office the right way, so don't hesitate hire the National Cleaning Pros today!  …

Bonded
Insured
All statements concerning insurance, licenses, and bonds are informational only, and are self-reported. Since insurance, licenses and bonds can expire and can be cancelled, homeowners should always check such information for themselves.To find more licensing information for your state, visit our Find Licensing Requirements page.
General Information
Free Estimates
For Chico area only
Eco-Friendly Accreditations
No
Payment Options
Check, Visa, MasterCard, American Express, Discover
Senior Discount
No
Warranties
No

We specialize in residential and commercial carpet and upholstery cleaning, tile, concrete and most hard surface floor treatments, as well as commercial janitorial services.

We do not offer janitorial for residential.

No, Select Janitorial & SJS Carpet Cleaning does not offer a senior discount.

No, Select Janitorial & SJS Carpet Cleaning does not offer warranties.

Are there any services Select Janitorial & SJS Carpet Cleaning does not offer?

We do not offer janitorial for residential.