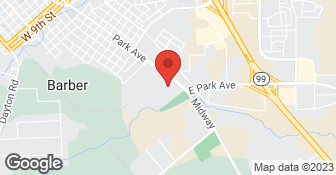 We are a small family owned business. Bob is a Decorated Iraqi War Veteran. Bob is a perfectionist. He believes in fixing it right the first time. We are NATE Certified....

I called because I had diagnosed that one or both pressure switches on my furnace were out. I only called because I couldn't get the part because local HVAC businesses wouldn't sell to me because I wasn't an HVAC contractor. Getting it on Amazon would take 4-6 days so I thought I would call a local service company because they could work with local suppliers, or at least try. Bob's Air Repair came quickly, and confirmed what I told them was the problem (charged $89 to read the same code I did on the unit). They then said it would take 2-4 days to get the part, this was Wed morning. They called me back on Monday morning saying they had the part. They installed that afternoon in about 15-30 minutes. Let me be clear, the part is held on by one screw and one hose and takes about 30 seconds to remove, literally. I removed both parts before I called them. They charged me $380 for the part and labor (and remember it was already $89 to diagnose). They charged me $25 shipping and would not provide me their hourly rate. The part on Amazon is between $25 and $50 so they charged me at least $230 for about 15 minutes of work, if that. I get they need to charge for time and 1-hour minimum seems reasonable, but this is ridiculous, roughly $470 to diagnose (which is simply reading a code) and replace for a combined 30 minutes of work. Unbelievable. If you have other options go somewhere else.

My heater required a part to get it to operate. They were able to get the part quickly and my heater back to working. I have used this company for all of my heating and air needs for 18 years. They are the best in all categories.

Description of Work
Work on my heater.

100degress out my adult disabled sons system stopped working and it's to hot out for him. I called bobs explained our concerns that day they came out , the system was 34yrs old we ordered a new one ,bobs staff brought a temporary cooler over help my son a great deal .the following Wednesday bobs staff was putting in new system very professional and caring couldn't have done a better job thank you.

Description of Work
All new heating and air conditioner

They crew was knowledgeable and professional, hard working and a overall joy to be around Dan Hansen 530-514-2001

They came and provide the service - had it fixed in 10 minutes.

They did a great job and I would definitely use them again.

Description of Work
They serviced the furnace for the winter.

Very responsive to my emergency call (I had no heat in the home). Came out same day to assess the problem and order part.

Very good customer service. I was kept informed during the process and the cheapest part was replaced first to see if we could keep the cost down. The tech provided an extra service by cleaning up some mildew that had started in the heating unit area.

Extremely well. Jon came out the same day (within 30 minutes after we called) and checked the furnace and all related equipment. He listened carefully to our description of the problem, and then explained in detail every step of his inspection as he went along. He found a problem and immediately replaced the part. He is honest and straightforward, and answered our many many questions about how to keep our bills down. He took his time and did not rush. Now the house is heating properly for the first time since we moved in. A knowledgeable and personable repairman. Our landlord paid this bill, so I can't comment on whether or not it is expensive or not..

Description of Work
Our furnace was not working properly, resulting in huge energy bills

The service was completed in a timely fashion. Thanks to Doug, John and Don for their professional work in making us ready for this coming winter. I recommend this company if you’re in need of a simple repair or a complete replacement like ours.

Description of Work
We had our HVAC replaced.

We do not work on window or wall units or stoves.

Bob's Air Repair is currently rated 4.8 overall out of 5.

No, Bob's Air Repair does not offer free project estimates.

No, Bob's Air Repair does not offer a senior discount.

Are there any services Bob's Air Repair does not offer?

We do not work on window or wall units or stoves.