A-1 All American Roofing Co Inc 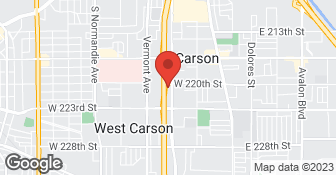 It didn’t. A-1 All American Roofing seems more concerned with flying employee planes over residential areas than doing any roof work. Maybe they are busy surveying projects from overhead(?). In any case, horrible responsiveness and customer service.

A new roof was installed in 2011. The installation went fine, but it started leaking today. I called them and they told me I didn't do annual maintenance with them, so my warranty is void. They are 6-8 weeks out in scheduling repairs. The original contract specifies routine inspection and maintenance is the responsibility of the owner. Okay, I get that, but it would have been helpful for them to say what maintenance is and how often to do it and to specify we had to do it with them!

Customer has spoken to our office and understands this was not us. She dealt with another A-1 office in 2011, we are individually owned and operated.
1.0

The work was performed as scheduled and billed as estimated. We noticed an exposed nail head and asked to have it corrected and we were told that someone would come by to repair. No one came by and follow up phone calls were not responded to. A few weeks ago after a big rain, we noticed a major leak in the roof. A visual inspection showed this was the result of a nail head that had not been caulked. We sealed it ourselves and had no further leaks, but it is appears that they did not perform the work as contracted and that we paid for.

They're very good. They know in a couple of years they will do a re roofing of our townhouse structure.

Description of Work
They repaired our roof after an interior fire and repared the roof to stop problems in another unit. |We will have them redo our entire roof in two years.

Description of Work
Repaired leak in tile roof only garage | |It went well.

It went very well and very quickly -- one week start to finish.

I used them twice; once in 2009 and in 2012. The first time it was covered by insurance. They were very professional. They were punctual and their work was superb. We will use them again because we are going to have to replace our whole roof.

Description of Work
The first time I used them to assess the damage the fire department did to our unit from a fire. The second time was a roof repair.

Description of Work
We replaced our garage roof, repaired some leaks, and installed new roof vents

They were fine. They showed up on time. They were professional. They explained what they were doing. They communicated well.

Description of Work
A-1 All American Roofing came in to do a roof inspection because we bought a house.

Thought they were great. They were here when they said they would be.

Thank you [removed member name] for your business, it was our pleasure to work with you.
4.0

Went wel except they charged the customer fees for using credit card.

After visiting an A1 roofing job in progress near my home, I decided to hire the A1 Roofing Team based on the work being performed at a two story residence at a nearby community. I witnessed how the workers were able to remove the old roof and dump it into a large dump truck in the driveway. I contracted for the work to begin two weeks later, on April 15, 2013. The weather changed, we had rain drizzle on Monday, 4/15/13. The job was postponed for the following day. The weather cleared and work began on Tuesday, 4/16/13 at 9:30 AM. I presented a $5000.00 check. The roof shingles were removed in one day. On Wednesday, 4/17/13, damaged wood decking, and damaged fascia was removed and replaced. New perimeter edge metal was installed, and damaged eaves were repaired. The shingles were delivered in the afternoon and left on top of the roof. The following day, 4/18/13, the new shingles were installed, while the subcontracted gutter company workers installed the gutters I requested. On Friday, 4/19/13, the Foreman and another worker showed up to finish work at the chimney. Job complete. Job well done. Presented a check for the balance of the bill due. The building Inspector showed up (late) on Tuesday morning, 4/23/13, and signed off on the roof. The Project Manager, Jared Tustin, was professional, fair and reasonable. I recommend Justin, Rafael (foreman) and the crew to anyone looking for quality workmanship.

Description of Work
On March 29, 2013, I contracted with the A1 All Roofing Company to remove two layers of sheathing, remove two old vent turbines, haul away all debris and replace any damaged or defective decking. I contracted to have GAF Cobra Ridge Vent, synthetic underlayment, storm guard around the chimney and valley at front door entrance. I chose the GAF-Elk shingle, Timberline series. Presented a $1000.00 check at signing.

It went great. It went very quick. They were really nice guys, very professional and prompt. They did an excellent job cleaning up. It ended up beautiful.

Description of Work
He removed two prior roofs and put on new ones for me.

Gio Roofing Inc has been in business since 2017. It is owned and founded by Giovanni Orantes. This family run business makes Gio Roofing Inc unique do to the reliability it brings to our valuable customers. Many of our jobs come from good recommendations and word of mouth. Our jobs speak for themselves and because of this, we have been growing ever since. At Gio Roofing Inc, we realize that a high-quality roof is important for both appearance and function. We strive to satisfy our thousands of residential and commercial roofing customers with a high-quality finished product that will last for years! Our expert team is professional and ready to solve any type of roofing problem, including re-roofing, fire resistant installation and more.  …

West Roofing is serving home owners in Los Angeles county since 1982, with combined experience of over 75 years. West Roofing is dedicated to provide home owners with the best roofing system and high quality of materials together with excellent workmanship and customer service at the best market price. We offer discount to senior citizens , Veterans , military, police and fire fighters. All products are proudly made in the USA and comply with California title 24. Free roof inspection and estimate with no pressure. While we get our customers best price on materials our EXPERIENCE IS PRICELESS!!  …

How is A-1 All American Roofing Co Inc overall rated?

A-1 All American Roofing Co Inc is currently rated 4.5 overall out of 5.

What days are A-1 All American Roofing Co Inc open?

A-1 All American Roofing Co Inc is open:

Does A-1 All American Roofing Co Inc offer free estimates?

Does A-1 All American Roofing Co Inc offer eco-friendly accreditations?

No, A-1 All American Roofing Co Inc does not offer eco-friendly accreditations.

Does A-1 All American Roofing Co Inc offer emergency services?

Are warranties offered by A-1 All American Roofing Co Inc?

What services does A-1 All American Roofing Co Inc offer?