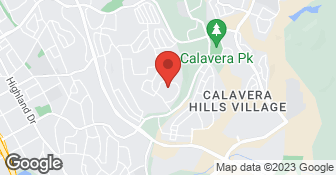 We have 15 years of experience, trustworthy client/service provider relationship, great knowledge on the proper care of materials such as granite, stainless steel, hard-wood floors etc, and flexible hours and reliable schedules....

Never got a call back

Hi [Member Name Removed], I do apologize that you did not get a call back. I’m looking through my leads and I don’t see that you requested a quote. I’m not sure what happened. If you’d like I’d love to come by and give you a quote.
5.0

Letha did an amazing job cleaning my home! She was very sweet and did above and beyond. I will definitely hire her again!

very, very thorough cleaned above and beyond expectations. Brought their own vacuums and I felt my carpets had been CLEANED!!!

They are amazing! The team takes great pride in their work, go above and beyond and do the details people typically forget. They are honest, good people who I feel blessed to have help me!

They are amazing! Trustworthy, attention to detail and always go above and beyond. I feel blessed to have them help me!!

Description of Work
They clean the house. They did a nice job. Only problem was they kept calling and changing time or appointment.

I don't think I would want to have them back again because they didn't really clean or for the money that I paid, they didn't clean the areas that we wanted cleaned, especially in the kitchen. My mother noticed it. I didn't notice it so much, but she is a little particular. They didn't really wipe down or clean the kitchen area as well as they should have. They had three people, as I remember. Each one did two hours. It was funny. You pay for six hours of work, but then, I didn't realize you pay two hours for each person. You had a total of three people. Three times two is six. So it was kind of funny. The kitchen could have been done better, cleaned much more thoroughly than it was. I don't think I would want to hire them again. I was looking for an inexpensive person to come here. In general, somebody that had a good grade and I think they had an 'A.' They were the only ones that had an 'A.' Rest of the individuals that I remember considering, all had 'B's. I went with them and well, that's what I got. I got a 'C.' The cost could have been between $60 and $100.

Description of Work
We used them for housecleaning.

Description of Work
The D&D team has been cleaning our home every two weeks, for about 18 months now and we've have been very happy with their work, in all respects. I have my weekends back!

They were pretty good. Three people came out and they were here for 6 hours. With the amount of people they had, they could have done a better job. They didn't clean as well as they should have. For example in the kitchen, they didn't move some things around.

Description of Work
Esther is very professional and friendly. Her staff does a good job with our 4 bedroom house taking good care of everything.

Description of Work
She was very good and very professional. However, her price was really more than I could afford so I did not have her again. If I felt I could pay the price I would have her again as she was really good.

The service has been really good. I have been very happy. I have used her for about 2 years. She is very conscientious.

Description of Work
They did housecleaning.

She is very good and very thorough. I am very happy with her services.

Description of Work
She has been cleaning for my household on a biweekly basis for about four years.

They are doing a great job!

They gave a very excellent service. I liked their thoroughness, and their attention to details. They were very thorough on everything that they did. I would use them again in the future.

Description of Work
D & D Housekeeping Service did a complete housecleaning for me.

They do everything. They are very nice and personable. They really know what they are doing.

They were fantastic. I stopped using them for personal reasons. It had nothing to do with their service. They were professional and reliable, showed up when they said, and they did a good job. If I was going to hire a housekeeping company, I would go right back to them.

Description of Work
We have used D & D Housekeeping Service. I would have them come out every two weeks.

They were excellent english speaking, american citizens, who did an excellent job several times for me while my regular person was temporally out. I would never think twice about having them back. I owned a Homecare Agency for 25 years and was impressed all the way around with them.

Three crew members came to my home. They did an okay job, although I had to rewash the kitchen floor after they left because it was still dirty. I believe this was because the mop they used was not properly cleaned after doing the living room. They seemed to take their time, which would ordinarily be fine, but because of the way I limited the rooms they cleaned, I feel that they could have been faster. When they were done, the house looked nice, but again I think three people for four hours is excessive when they are only cleaning six rooms, and I had to redo one of the floors. I can only conclude that being paid by the hour shaped the pace they kept.

Description of Work
D & D came and cleaned my house. At the time of the service, the house needed an overall deep cleaning. They cleaned all of the rooms, including the kitchen, living room, one bedroom and two bathrooms.

Esther described her services and products used, found out what I wanted from her cleaning service, and gave me an estimate. While the estimate was higher than I had been paying with another service, I decided to try her for a time or two. Both my husband and I have been pleased with the thoroughness of the cleanings and have decided to use D & D on an ongoing basis. Also, she has been flexible in scheduling, when we need to make a change.

Description of Work
Esther and her assistant do a thorough and professional job of cleaning my entire house every other week. They bring their own equipment and cleaning supplies. I provide only my favorite cleaners for granite and stainless steel. Esther even cleans out my refrigerator! I couldn't be more please with the quality of their work!

I have an agreement with them where they would start coming weekly from the 1st of July. She is prompt and her price is reasonable. She is very thorough and conscientious. She kind of anticipated my needs and is very easy to work with. It was the first time she had come out so it cost a little more and more over she even cleaned the carpets. I would highly recommend her. She is great and she is very good. She was responsive and she calls me right back. She got stuck in traffic and she called me and let me know she would be 15 minutes late. She is very punctual. She provided me with a way to pay her through the back which works great.

Description of Work
I used the service of D& D Housekeeping Service for house keeping and carpet cleaning.

I think that we found her on Angie's List. For the first cleaning, she did a fantastic job. She cleaned for about five hours. She does a great job. I got quotes from a couple different places. I felt a little more comfortable with her than I did with a larger company. I also felt comfortable with the quality of the work.

Description of Work
The first time she came out, she did our spring cleaning. Ever since then, she has come out every other week to clean.

We specialize in carpet cleaning, upholstery/ furniture cleaning, rug cleaning, tile & grout and more! We guarantee your satisfaction, and we won’t leave until the job is done right. We pride ourselves on the quality work we provide, while delivering great customer service! call -or- click to schedule a free estimate today!  …

Tony’s Best Way Cleaning is a high end cleaning company that has been a San Diego staple for 48 years. Bottom line: we offer effective results on all 9 of our services - along with high-quality customer service and friendly, experienced technicians. We are actually referred by our competition for tough cases because of our expertise. We use the best methods available and are committed to five star service. We guarantee your satisfaction. We want to be the best you have ever used.  …

The Real McCoy offers carpet cleaning services in San Diego, CA. Owner operated. Cost is determined by the job. Additional email - carpetcleanersandiego@gmail.com. We guarantee your satisfaction and we won’t leave until the job is done right. We pride ourselves on the quality work we provide, while delivering great customer service! Check out our services offered and call or click to schedule an estimate today!  …

All statements concerning insurance, licenses, and bonds are informational only, and are self-reported. Since insurance, licenses and bonds can expire and can be cancelled, homeowners should always check such information for themselves.To find more licensing information for your state, visit our Find Licensing Requirements page.
General Information
Free Estimates
Yes
Eco-Friendly Accreditations
No
Payment Options
Check
Senior Discount
No
Warranties
No

For all your cleaning needs: D&D offers free estimates on weekly, biweekly, or monthly cleanings. We do move-ins, move-outs,deep cleanings, or just a special treat for the lady of the house! We cover residential and commercial cleaning. We bring our own cleaning equipment and supplies unless customer desires a specific special care treatment on any household items.

D & D Housekeeping Service is currently rated 4.7 overall out of 5.

No, D & D Housekeeping Service does not offer eco-friendly accreditations.

No, D & D Housekeeping Service does not offer a senior discount.

No, D & D Housekeeping Service does not offer warranties.

D & D Housekeeping Service offers the following services: For all your cleaning needs: D&D offers free estimates on weekly, biweekly, or monthly cleanings. We do move-ins, move-outs,deep cleanings, or just a special treat for the lady of the house! We cover residential and commercial cleaning. We bring our own cleaning equipment and supplies unless customer desires a specific special care treatment on any household items.