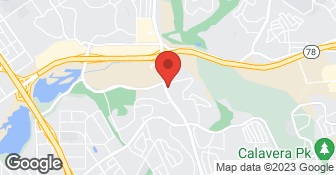 My letter of thanks says it all -- 1 Sept 2016 Beach City Builders Attn: Jay and Chris CC: To Whom it May Concern Dear Jay and Chris, Yesterday we received the final inspection and approval for our room addition. Thank You so very much for the good work and most importantly your professionalism. It seems hard to believe that it was just 3.5 months ago that we began construction. The addition of a downstairs bedroom and fully ada compliant bathroom will make our home much more livable. While adding 237 square feet to our house might have been a small project to you, it will make a big impact upon our lives. Given that it was a small project, I was overwhelmed by your attention to detail and steady progress on the project. Never once did I feel like this was an afterthought or fill-in job for you or your workers. In fact, I was speaking to Mike one day and mentioned that this must be a small job but that I was appreciative of the high quality work on such a small addition. His reply was both personal and professional, “We do lots of job -- some smaller and some bigger than this -- but every job deserves my full attention. This is your home. And who knows, often someone satisfied with a a small job will refer a huge job to us later.” That attitude that the workers were at or inside our home was the prevailing demeanor of everyone we met from Beach City Builders. Given the fact that the same workers showed up day after day was a huge asset. Both my wife and I work so we would leave the house full of your workers and our kids. I felt safe doing so every morning as I headed to work. In fact, your workers were very helpful when we had a dryer fire in the garage. They helped my son Kristopher clean up the mess from the fire department and get our home back in order before returning to their work. That human touch and sense that your workers are trustworthy is the greatest asset of your company. I was also impressed with the honesty and straightforward nature of Beach City Builders when we ran into something unexpected tying the addition into the house.. Rather than try to work around the problem and give us a cheap workaround, Jay and I discussed the right way to solve the water routing problem, its approximate cost and how much of it I would pay for and how much Beach City Builders would pay for. In that whole process, I never felt talked down to or demeaned. Rather Jay took time to explain the building code, the problem and the suggested solution. Afterwards both Jay and I agreed that this common courtesy and respect were once a natural part of business but has not been lost. Beach City Builders is an honest and professional company in an industry marred by charlatans and fly by night con artists. When we originally began looking for contractors to build this addition, I interviewed seven companies before I could narrow it down to three from which to elicit proposals. Two were not qualified and two were complete scam artists who gave me a creepy feeling in my stomach. Of the three bids from reputable companies, we received one bid that was almost 40% higher than the other two with the explanation that he need to make extra profit on small jobs because they always went badly. (He was out.) Of the two remaining companies, Beach City Builders price was slightly more,about 5% higher, than the other company but my wife and I both felt the proposal from Chris was the best one for us. The deciding factor was Chris’ decision to bring Jay over to confirm a couple of items, drainage, sewer line and power requirements that we still under question. A true professional knows when to call in someone else to confirm and consult on their ideas. This attitude of “let’s do it right instead of cheap & fast” continued throughout the building process. Jay’s continual watching of the project kept things moving smoothly and consistently throughout the entire three months. Our morning updates were usually followed by questions or confirmations via text message. He spent lots of time making certain the details were right and talking out those details with my wife in a professional manner. Jay’s many years of experience in the building field give him an insight into how both the big picture and the details should come together to being the homeowner’s dream into reality. What started as business only has become a friendship. Our property was kept clean and free of debris throughout the entire build. Knowing that we had three kids and 2 cats in the backyard at night and over the weekends, the workers were careful about picking up tools, scraps and anything hazardous before leaving. Our experience with Beach City Builders was a positive one. At the end of the project, I felt like I received good quality workmanship, an honest price and professional respect. If anyone I know needs remodeling, an addition or new construction, I would feel 100% confident in recommending Beach City Builders as their number one and only choice. Please feel free to have potential clients contact me for more information or a personal recommendation.

Description of Work
A 237 square foot addition of a bedroom and fully ADA bathroom to the first floor of a two story home.

Professional, Honest and did the work on-time. High quality work done by professionals. We did hit an un-foreseen snag and we worked it out like adults. Eventually we paid a portion of the extra work needed before proceeding but the discussion was adult and professional. Overall, a great crew of guys who I felt safe having inside my home to do work.

We did a Cost Plus contract and were pleased with the overall cost and quality. I would highly recommend this company. They are fair priced and have a team of highly skilled professionals.

[member name removed] and [member name removed], Thank you for the review and the opportunity to work for you. That is a beautiful place to live and we are glad we were able to help make it what you wanted! Keep us in mind for anything else you may need!
5.0

everything they have completed was and continues to be just fine.

Description of Work
Dave Norman and his group have done a number of projects for us that include changing out doors, redoing floors and painting/plumbing. One of the best attributes is that they stand by their work and when something comes up that needs attention they will find time to come back and correct the problem.

[member name removed], Thank you for the review and all the work! It has been a blessing to our business to have you as a client and we are here for anything else you may need going forward! Thanks, Tom Norman
5.0

They have good character, back their product, on time, very willing to help. I would highly recommend to anyone.

Description of Work
Remodel on a duplex

[member name removed]! Thanks for the review! We are grateful for the business and appreciate the feedback. We look forward to working more with you in the future!
5.0

Dave added on a junior suite and bathroom to my house in 2006. In May 2011, we noticed that some tiles in the shower were buckling. This seemed particularly unusual as this room and bath are a guest room and bath and are not used daily by any means, and this was on an original exterior wall. In any event, I called Dave. He came by the house the following week to examine the shower. He determined that the wall was sound (it was an original exterior wall, not one Dave built) but rather that the subcontractor did a substandard job setting the tile. Dave left indicating that he would try to reach the sub, but felt certain the sub had gone out of business. Dave phoned me the next day to say the phone number he had for the sub was no longer in service. He then made arrangements for his current sub to come over after hours to make the repair. This sub determined that many more tiles were affected and reset tile on almost the entire wall. I was not charged for this...luckily, I had kept plenty of tiles at the time of construction, so there were no materials to be purchased. I was so appreciative of such follow up service...5 years later.! No excuses made, Dave stood by his work. That's a rarity these days. I highly recommend Dave not only for the outstanding job he did at the time of construction, but for his standing by his work and those he subs work out to...even when those subs disappear. I had spent in excess of $70,000 for this remodel and felt disappointed that a mere 5 years later, it was falling apart. But Dave made it right.

they do a very good job

Description of Work
Have completed a lot of remodeling for us. Very honest and Dave Norman knows all aspects of building. Fair pricing.

ECOLA works to guard your home from termites by offering you smart choices and simple solutions. We are experts in the use of non-chemical and low-toxicity Alternative Termite Treatments. For over 30 years+ ECOLA, our expert termite inspectors have been individualizing treatment solutions that minimize chemical use and the hassle of solving your termite problem. Ecola customizes the solution to your individual needs and concerns. Controlling the infestation the least invasive way.  …

Richard's Sprinkler Company installs and repairs all aspects of lawn sprinklers including leaks, sprinkler heads, timers, valves, drip systems and water saving technologies. All work is guaranteed and done in a timely manner. Established in 1986. Licensed and bonded #917982. 5% Military discount.  …

Beach City Builders Inc is currently rated 5 overall out of 5.

No, Beach City Builders Inc does not offer eco-friendly accreditations.