With Angi since February 2013 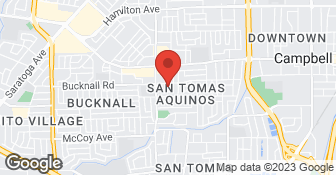 Description of Work
New Kitchen, 3 baths remodeled, new plumbing, upgrade to electrical, new windows, new insulation in attic and in crawl space, removing chimney, new flooring in entry and den, all floors refinished and stained, painted inside and out, remodeled masonry shed to storeroom/clubhouse for grandkids, crown molding, coffered ceiling in den, mantel. All except the mantel was done in 3 months between our taken possession of the title until we needed to leave our former home. A complete landscaping followed. It all worked very well and Alliance has been very responsive to calls for maintenance. I have only good things to say about my experience.

I was referred to Ryan Coleman by a real estate agent some years ago to work on our old house. He did small jobs, fixing the front door and patio doors and fixing a window that never closed properly. He did these jobs, himself, and did a better job than the door and window "specialists" we'd used before we found Ryan. Only later did I realize that he was a general contractor and had done some much bigger jobs. We got 3 bids for work on the new house. Given our previous experience with Ryan, we decided to go with him. My overall experience with Ryan Coleman of Alliance Construction was/is beyond my expectations. He got us into our home with only minor work to be done, doing all the above in only three months. By mutual agreement, the new hearth he himself built was finished after we moved in. Our new neighbors who watched the progress have remarked on how many workers were here all day, everyday, usually 6 days a week. Ryan was originally a carpenter and when needed he worked alongside his crew to move things along. Ryan works with a designer who is really good at reconfiguring space. She also submits plans for permitting. She works for a reasonable hourly price. Ryan listens, makes cost effective suggestions and gets the job done. He responds to emails, texts and phone calls promptly. His own crew and the subs he uses have worked for him for a long time. He commands their respect and loyalty. They were polite, careful, and a pleasure to have around. As with every construction/remodel, some things have needed tweaking since we moved in. Ryan continues to be very responsive and helpful.

Description of Work
Just about everything that would not require a lengthy permit process. We bought a 1946 ranch that had not been updated by the previous owners in decades. The house had "good bones" but every system needed work. He did an amazing job of getting us into the house in three months. He renovated three baths, demo'd and redid our kitchen, expanded the kitchen eating area, removed an old fireplace and opened a wall between the den and living room, installed all new windows, new plumbing, new painting inside and out with all the needed wall preparations, new roof and gutters and downspouts, upgraded the electrical, tented for termites, installed new attic insulation, new insulation in the crawl space, moved two hot water heaters, moved the furnace, added new ductwork, new recessed lighting, refinished floors, installed and finished new oak floors, etc. He even made a clubhouse for our grandkids in a shed attached to our garage.

This is Rupert and my team at Summit Deck Doctor. We offer Deck Finishing, Deck Repairs and Deck Build within 25 miles of Los Gatos. We know you have a choice and hope you will choose us! There are three things that make us different from other contractors: LOOKS BETTER, LASTS LONGER, JOB DONE. Here’s why: 1) LOOKS BETTER. a. We avoid lap marks where two layers overlap. Not every contractor understand the import of maintaining a wet edge to avoid these dark marks on your deck. B) we stain the edges of the boards so you don’t get “zebra stripes” – very visible and distracting drips down the sides of the boards (other contractors charge extra to fix this), c) we use lots of drop cloths to avoid spills (so no more careless mess below the deck). 2) LASTS LONGER. a). We use reliable durable stains, not the cheapest ones (unlike other contractors), b) we use hybrid stains, not environmentally-unfriendly and smelly oil stains which have very poor durability. c) we apply stains in the shade or the cool of the evening to allow stain to sink in and so they last twice as long (unlike contractors who don’t seem to read the instructions on the can which say “don’t apply in sunshine”). 3). JOB DONE. a). I will be coming to give you the quote and I am the owner (unlike other contractors who send a sales guy who might make promises the company can’t keep). b) I will write up the quote then and there (no waiting a week for a contractor to type it up), c) I will be calling you every night during the work to make sure you are happy. IN SUMMARY: We put special care into refinishing your deck and handrails so they look stunning, in giving you twice the durability of other contractors, and in getting the job done efficiently. We believe we halve the cost of refinishing your deck because we apply stains in a way that doubles the durability of your deck finish which means you have it done once not twice, saving you money. WANT TO KNOW MORE? Download our 90 page book "Deckology; The Art & Science of Deck Finishing and Carpentry" which explains the refinishing and carpentry process. (Look for deckology33.pdf). WE WON’T LET YOU DOWN. We have worked on over 1000 decks, have been in business for 12 years, are accredited at A+ with the Better Business Bureau, are a Super Service Award Winner at AngiesList.com with over 50 reviews, have a 5 star rating on Yelp with over 38 reviews, and are certified by the EPA for removal of toxic finishes. We are licensed, bonded and carry workers compensation insurance for your protection. We offer Fixed Prices, which include all labor and material expenses; this gives you peace of mind with no hidden costs. Our payment schedules are all milestone-based, which means you pay only when a milestone in work is achieved, providing you with reduced risk and more peace of mind. Contracts are proper written contracts; nice and clear, and professional; how it should be. Unlike other contractors we work on your job continuously - no "dragging it out;” most jobs can be completed in 4 days' continuous work. We leave you a partial can of stain once we have finished so you know what stain we used, when it comes time to refinish the deck in the future. BEFORE YOU CALL. If you really don’t know what these things cost, then it would be helpful if you can estimate the size of your deck by pacing it out – so we can give you a ballpark estimate when you call PLEASE NOTE: Don't forget to read our reviews in both "Deck Maintenance" and "Decks and Porches" categories.  …

‏At Prime renovation homes, our core principle is reliability. We are a small and attentive team that specializes in assessing your vision and transforming it into an exceptional project that meets your needs. From design to architecture, to engineering and completion, we will work closely with you at every step of your project to ensure that the end result is outstanding, on time and on budget. With a collective 15 years of extensive home construction experience, we look forward to the opportunity of working with you in creating the home that you envision. Whether you’re an avid home remodeler or this will be your first home construction, our goal is to provide you with the best experience from beginning to end and we welcome you to contact us  …

How is Alliance Construction overall rated?

Alliance Construction is currently rated 5 overall out of 5.

Are warranties offered by Alliance Construction?

No, Alliance Construction does not offer warranties.