ALL ABOUT GLASS & MIRROR 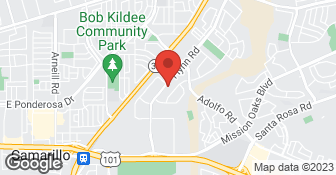 Horrible experience. I was quoted $144 for a 10x12 piece of glass. It was a urgent job and was not gone for almost a week. Then they turned around and charged me $170.00. Very dissatisfied with this company.

Description of Work
I was quoted $144 for a 10x12 piece of glass. It was a urgent job and was not gone for almost a week. Then they turned around and charged me $170.00. Very dissatisfied with this company.

When Robert Sr. came out to my home, he was very prompt, courteous and friendly. I felt very comfortable having him come into my home, even though I was alone. I wanted a quote on how much it would cost to make our large shower door on the left side of the shower, glide more easily. Right now, you can hardly move it. Robert was very honest with me about what should have been done when the shower was installed, and what might happen if he were to try and fix it. I already had a problem with these shower doors after they were first installed. One of the doors exploded on me, and I had glass shards everywhere (not small pieces as you would expect with tempered glass). A different Camarillo glass company had installed these. Robert suggested that I call the original installers to have them come out to fix the problem, because he was concerned that with the narrow width of such a large piece of glass, it could break when he removed it to put on new rollers on the top (what it needs to make it move better). I told him there were uncomfortable feelings about dealing with them again, but he said if his company were to fix the rollers, he was quite concerned that we'd end up having to purchase new glass doors (because they could break). If the original company fixed it, he said they SHOULD replace the glass for free if it breaks. He said All About Glass stands behind every product for the life of the product. Other glass companies should do the same. Before he left, he told me about a service performed by All About Glass, that I was unaware of, and I think is incredibly kind. His company will come out once a year and move the refrigerator and clean behind it, and go behind your clothes drier and clean out any lint behind it, or trapped inside. He indicated that he does this for senior women or men who are unable to do this themselves. He once had a fire in his home caused by drier lint, and he wants to prevent it from happening to anyone else. He said he knows how difficult it is for older people to do these jobs, and so they have made it a habit to provide the service. I was quite impressed, since this really has nothing to do with glass installation, and everything to do with being a kind neighbor. I asked if I could pay him for coming out, and he declined payment. I definitely will call Robert's company, however, if I do need any glasswork done in the future. Robert Sr.'s office called me that afternoon (about three hours later) and told me that for them to replace the rollers on both sides of the shower (four rollers on each side) it would be $108. I appreciated knowing his quote, because I did call the original installer to see if they could help me, and I still haven't heard back from them over 24 hours later. One other thing...Robert asked if I needed any other glass work done. I told him my husband will be moving into a new office suite that is being remodeled, and we want a large mirror in the office that has no windows. He asked for an idea of how I wanted it to look. I showed him a picture of a mirror on the internet. It was only $254 for a large mirror comprised of 25 square pieces of mirror with beveled edges, framed so that each mirror is like a window pane. He was again very honest, and tole me it was a great deal, and that it would cost much more for him to make one for us. I totally appreciate a person like Robert Sr., who is not only kind, but who is so honest! I will definitely hire him to do any glass work in the future!

Description of Work
Have used All About Glass for several projects. Most recently to replace screens. They were very prompt and professional! Love supporting a friendly local business as well.

Description of Work
Waiting for an estimate from them. They seem good.

I called the store and the woman who answered promptly gave me a price quote. Since the quote was reasonable and a friend and a realtor had both recommended them I made an appointment for the work to be done. Two workers arrived at the appointed time and efficiently replaced the window glass and called the shop to verify the screen size. A few hours later the screen was delivered and installed. All the workers were very polite and personable.

Description of Work
Replaced glass in a window and made and installed a new screen.

They came to give estimate, then when I called they came back to do the work. Two men for about 2-3 hours. Besides replacing the rollers on the glass doors they found bent metal which they straightened, and they cleaned the tracks and sprayed silicone, so all 3 doors ran well. They diagnosed damp coming from the watering system and poor drainage outside 2 doors, so we can fix those and minimize recurrence. I was satisfied enough that I've called for them to come back and do some other work on windows and shower.

All About Glass installed a frameless shower enclosure in our master bathroom. The installation team was right on time and did a great job. The installers completed their effort in about 2 hours with minimal impact on the rest of our home. We were very pleased with the finished product and the professionalism of this company. This is the 2nd time that we have used this company and we would recommend them to others.

Description of Work
I used ALL ABOUT GLASS AND MIRROR

The first time they were there in August they hung (hanged?) a very large mirror in my family room. They took their time and made sure that it was placed perfectly and that I was completely satisfied before they left. The second time I went to their store with templates for them to make mirror pieces for me to put in a corner curio cabinet. When I got the pieces I found I had measured one shelf wrong. I called and was told that they could make another cut. I was prepared to pay, it was my mistake, but they didn't charge me for it. I wouldn't go anywhere else!

Description of Work
Put up a large mirror/made mirror pieces

When I asked for an estimate, their personnel came out and took complete measurements so, as they put it, if we purchased from them they would not have to make a second visit prior to installation. The door and mirrors arrived in about a week. The installation went without a hitch. I was amazed how well it looked when complete. There was not a 1/16 of an inch gap between the mirror edges and the frame and for the second mirror between the mirror and the wall. It could not have been more perfect. The only suggestion I would make is they set up to e-mail estimates and invoices. They still mail or fax. I will definitely use them again in the future.

Description of Work
We just had our master bathroom completely remodeled. We needed a shower enclosure (door and side panel) and two mirrors. They provided and installed the items.

Contractors License #1018107 Ranch Hands is a handyman business servicing the Santa Ynez Valley and Santa Barbara County. Our purpose is to provide consistent, efficient, and dependable handyman services, with an emphasis on repairs or maintenance for your home, office, or landscape. We show up as gentlemen, clean and sober, and bring enthusiasm, passion, and gratitude to everything we do. We are honest, working men who believe that proper preparation and attention to details is the foundation for success. We lead with recovery, and are on-call for your needs 24 hours a day, 7 days a week.  …

We have the experience and dedication to get the job done right! Specializing in handyman services; We guarantee your satisfaction, and we won't leave until the job is done right. We pride ourselves on the quality work we provide, while delivering great customer service! Call or click for your FREE estimate today!  …

Frequently Asked Questions & Answers about ALL ABOUT GLASS & MIRROR

How is ALL ABOUT GLASS & MIRROR overall rated?

ALL ABOUT GLASS & MIRROR is currently rated 4.6 overall out of 5.

What days are ALL ABOUT GLASS & MIRROR open?

ALL ABOUT GLASS & MIRROR is open:

What payment options does ALL ABOUT GLASS & MIRROR provide

Does ALL ABOUT GLASS & MIRROR offer free estimates?

Does ALL ABOUT GLASS & MIRROR offer eco-friendly accreditations?

Does ALL ABOUT GLASS & MIRROR offer a senior discount?

Yes, ALL ABOUT GLASS & MIRROR offers a 10% senior discount.

Are warranties offered by ALL ABOUT GLASS & MIRROR?

What services does ALL ABOUT GLASS & MIRROR offer?

Are there any services ALL ABOUT GLASS & MIRROR does not offer?