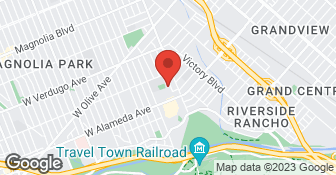 Overall, we had a great experience with Monarch.

Description of Work
Monarch Plumbing was absolutely fantastic. They were quick to come to our house to address a main pipe stoppage issue, and quick to resolve it, considering how much work was involved. We will definitely DEFINITELY use them again in the future. Don Hill, the owner, is an extremely pleasant, straightforward and professional individual who I felt I could trust and rely on for all of my plumbing needs.

Ara from Monarch Plumbing came out to give our homeowners association an estimate for external rusting noted on pipes in the garage. Another company, used by the association for work in the past, came out earlier and gave us an estimate of $1300. Ara spent over 30 minutes inspecting the areas and ended up telling us that work really wasn't necessary--that it was cosmetic and unless there was leakage or problems with flow, nothing bad would happen by leaving it alone. This was even after I showed him the estimate from the other company (I did this so that he could look at the same areas). Even though we had been led to believe we needed work and thus it would have been easy for him to tell us the same, he was honest enough not to. As an aside, he added that if he were to do this kind of work, it would require only one person (the other company was going to use two) and at a cheaper hourly and much lower total job rate. I will definitely use Monarch Plumbing for future work of my own. Not only did Ara show integrity, it was evident he had a great deal of smarts about plumbing. He also spent a considerable amount of time with me and another homeowner, considering he received nothing for giving the estimate. There should be more companies with this degree of honesty.

Don arrived on time to give the estimate. He was very professional, polite, and was very familiar with tankless water heaters. He was reportedly in a car accident the day before Hugo and Mike showed up for the installation, so that may be why I was not notified prior to their arrival to do the work. Luckily, I was at home when they arrived unexpectedly and was able to rearrange my schedule to stay at home. They did a very professional job and cleaned up after themselves. The only truly strange part of the project was the billing. I received two telephone calls from the company in quick succession one week after installation, wanting to know when they could come to collect (in person) the payment check, for which I had not yet received a bill (and the estimate stated that the terms were Net 30). After they faxed over the invoice, we agreed that I would mail the check within the next two days. I can only conclude that they were having dire cash flow problems.

Ortiz specialty sewers is a plumbing company. We have the experience and dedication! We guarantee your satisfaction, and we won’t leave until the job is done right. Call or text to schedule a free estimate today! we serve all of Los Angeles County  …

When it comes to plumbing problems, All Valley Plumbing Service in Mission Hills, CA is the company to call since 1963. Our plumbing contractors are reliable and professional. Whether it's a simple pipe leak, or a full emergency, we can handle any plumbing needs that come your way! We work on residential and commercial properties! We guarantee your satisfaction and we won’t leave until the job is done right. We pride ourselves on the quality work we provide, while delivering great customer service! Check out all the services we offer below and call -- or-- click to schedule a free estimate today and let us take care of it quick!  …

Monarch Plumbing & Mechanical is currently rated 4.6 overall out of 5.

No, Monarch Plumbing & Mechanical does not offer eco-friendly accreditations.

No, Monarch Plumbing & Mechanical does not offer warranties.