Our company invites you to experience prompt service and superior attention to detail. With over 12 years of experience our customer satisfaction is our top priority! We will earn your trust for a lifetime. We believe in making all clients repeat clients. You can be assured you're in good with our company working on your home improvement project. If you are looking for a contractor that follows business practices such as promptly returning phone calls, arriving on time for appointments and following through on promises then call our reputable company today....

Joe’s team did exceptionally well in removing my old 2” x 12” and 2” x 2” patio lumber wall edge covers and posts, and replacing them with new ones. This task included painting the new lumber to match the existing lumber. The team even resurfaced the existing lumber to match the new. The corner edges of the lumber meeting together were well secured with proper lumber screws, and patched to a smooth seamless finish. Joe and his team stand behind the work they perform, and I assure you will be completely satisfied with their work. Well done team!

Slab leaks are difficult to trace, this job was even more challenging as one of the major leaks came from my neighbors side. (My garage wall is essentially his fence wall). My neighbor made us wait a month so he could get his vaccines due to CoVid, before Joe would be allowed to go into his back yard to work on the leak. Joe and his crew initially worked on the inside of my garage and replaced a few water damaged bottom plate boards and used a foam, which dried hard as an insulator/sealant. When the next rain came there were still leaks. Joe and his crew happened to come that day while it was raining and assessed the areas. At the end of February they were able to do work on the foundation from the neighbors side. There was a crack along the wall , which they sealed and there was a hole under the dirt line which they found and sealed along the foundation line, filled the hole and had to pour cement under the foundation which had crumbled over the years. The garage is almost 100 years old. After the last rain, Joe contacted me to see if there had been any more leaking, which I was happy to report there was none. Joes brother had repaired my roof earlier in the year and told me his brother was in construction, which is how i came to meet Joe. When i initially called Joe, he came out and spent over an hour trying to figure how the water was entering the garage. Joes crew; George and Jose, were very thorough, easy to work with and communicated with me along the way. Dealing with Joe, I could tell he really wanted to help fix this area once and for all (I have had several contractors attempt to fix the area over the years, but none went the extra mile like Joe did) I would highly recommend Carroll Building Solutions.

Fantastic!! The guys worked soo hard ! I am very pleased!! Definitely would recommend this company!

Great, always on time Finished in estimated work schedule Kept work area orderly safe and organized area at the end of each work day I have another repair needs and will schedule them to do the repairs

Thank you very much and I look foward to working together again
5.0

From start to finish they were professional. All work was completed in the timeline we discussed. There price point was good and the quality of work was great. In this day and age it’s hard to find good contractors that do what they say. I would recommend them to everyone and I would use them again.

Joe is a very nice, polite. professional who does exactly what he says he will do and sometimes goes above and beyond to please the customer. They did an excellent job.

Thank you very much it was a pleasure working for you.
5.0

Joe Carroll, the owner was competent and experienced. As soon as we decided to hire him, he got a two man crew working efficiently, finishing the job in a few days. We had a few things we wanted redone and they cheerfully made the changes. He also looked at and pointed out areas in the structure where work was indicated by our handyman to avoid costs in the future. Very pleased with the quality and service and will hire again.

Description of Work
Repair and partial rebuild of a second story deck which had termite and dry rotted damage.

I was very satisfied with his work and am looking forward to having him do some interior work, as well. He and his crew were very nice, polite and cleaned up very well every day. He finished on budget and ahead of time. 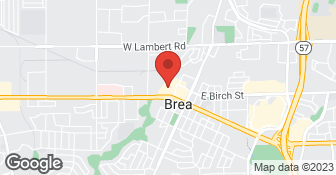 Carroll Building Solutions is currently rated 5 overall out of 5.

No, Carroll Building Solutions does not offer eco-friendly accreditations.