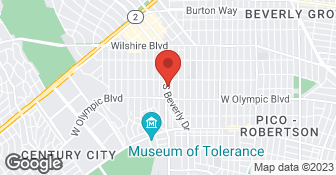 The worst co. to deal with. I had a bad pool leak, Pools inc did a bypass that did not work and cost me hundreds in water bill. I figured it out myself after seeking help from many other pool experts. They also make you leave your credit card on file and they charge as they please without your authorization anytime he repairs or maintains. I have warned them several times to let me know before they charge but they kept doing it until I cancelled service. The guy George loves to argue and is super unprofessional. If you hire them you'll be screwed. They don't even deserve half a star.

Hello, We have advised this customer numerous times to hire a leak detection company since we simply don’t do leak detection. He completely ignored all of our advices and started complaining about water bill. We have TERMINATED his service because the customer ignored our advices regarding pool leak detection also there was a CONSTANT issue with his payment.
5.0

I called and reached George immediately. He came out the same day to look at our system. He was prompt, professional, courteous, and knowledgeable. He confirmed that it was not worth repairing the heater and gave me his recommendation for replacing it. We had received two other estimates. Not only was George's price reasonable, but he recommended replacing the pump as the utility company was offering a large rebate at the time. He went through all the options and explained everything carefully. He was able to do the work the next day. I would highly recommend him for repair and am considering using his company for regular pool service as well.

Description of Work
Our pool heater was broken and needed to be replaced.

Recently my pool had turned green after months of neglect by my previous pool guy, and was full of lots of leaves and pump wasn't even working. These guys were awesome, they changed my pool pump, worked a miracle and now our pool is in perfect summer ready condition.

Description of Work
Changed my pool pump and cleaned my pool

#1 Pools is awesome! George is always professional, takes his time to explain things and makes sure I'm comfortable with whats happening. They are a very easy company to work with, and my experience has always been great.

Description of Work
#1 Pools is my pool service provider. They do our weekly pool service and make sure our pool doesn't turn green.

Founded in 1993, Drain Master Plumbing & Rooter has served the greater Los Angeles area with a commitment to service and value. We have the experience and expertise to get the job done right the first time. Our skilled professionals use only the finest tools and materials and their trucks are the most well-equipped in Los Angeles County  …

How is #1 Pools In California overall rated?

#1 Pools In California is currently rated 4 overall out of 5.

What days are #1 Pools In California open?

#1 Pools In California is open:

What payment options does #1 Pools In California provide

Does #1 Pools In California offer a senior discount?

No, #1 Pools In California does not offer a senior discount.

Are warranties offered by #1 Pools In California?

No, #1 Pools In California does not offer warranties.

What services does #1 Pools In California offer?