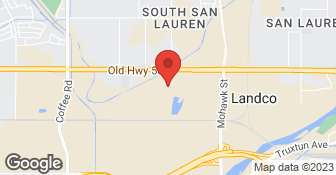 Smooth Move USA is a full service Kern County mover with local Bakersfield storage facilities for your convenience. Smooth Move USA has moved thousands of Californians millions of miles. Residents continue to choose Smooth Move USA as their preferred Bakersfield movers and we have many satisfied customers that can attest to our quality and ease of service. Smooth Move USA was founded on the principles of hard work, superior customer service and an eagerness for community involvement. Smooth Move USA holds itself to higher standards by employing only the best and most skilled movers and personnel. Most of all we make sure that they are trustworthy, hard working, and in good standing with the community. Secondly, we really do care about your move and you will see the difference from the very first point of contact. You will never be treated as just another job, no matter how big or how small. Most of all, we are honest and upfront in all aspects of your move from first consultation to your final bill. Never any hidden fees or surcharges. Smooth Move USA is licensed with the CA Public Utilities Commission, and you should always beware of rogue/unlicensed movers offering low ball pricing!...

Chris and his crew did a fantastic job. They took good care of my elderly father and his belongings. I had all new hardwood floors threw out the new house and they laid down their red carpet for us and took the time to put all felt bottoms for each piece of furniture to protect the new floors. The crew was well dressed very friendly and worked hard. I would recommend anyone moving to use smooth move. Thanks guys

Description of Work
They came and gave me an estimate to move.

Like I said,It was a HORRIBLE day,from the start. The one and only thing I can say is, they wrapped most everything from getting wet.(which I appreciated). I had several heavy items and with only 2 men it went VERY SLOWLY. Plus with a MUCH smaller truck then even they said they apologized for, they had to spend a lot more time (by the hour mind you") packing it. One of the first problems was, they spent over an hour trying to get my refrigerator in the door. They kept insisting trying to use the "Straps", and bodily lifting the heavy refrigerator.Instead of just taking the doors off the refrigerator. They never did get it in. My daughter and son-in-law came down from out of town and using 'The movers tools" ,they had left ontop of the fridge, took the doors off and had it in place in less than 5 min. Then they tried for atleast an hour and a half to get my leather couch,again very heavy,through the front door which had a screened as well. Instead of taking the doors off, they tore the screen door(which they never paid for) I had to pay for it ,and never got it in either.Besides breaking one of the legs on the couch trying to remove them (again, didn't pay for). SO they moved in the "love seat" instead.It goes on and on. The BIGGEST kicker was,they had my tower to my computer which they had packed in the bottom of a box,for 4 days with-out my knowledge. They knew it but never even call me. I didn't notice it gone because it was going to be a few days before I could get it hooked up anyways. Then held my leather couch and computer "ransom" so to speak, for 5 days until my check cleared!!! The so called "quote" they gave me,was atleast 3 times as much as I was told from the "verbal agreement. They never got "all of it done",NONE got moved to the storage unit at all. Plus there was still much left at the house they didn't move. At the end of the day I was charged by the hour,plus mileage instead of by the "job'(which I understood it was going to be from the "verbal meeting") They worked slow, (some due to the weather)they wrote down they worked 12 hours.The amount I was charged was RIDICULOUS!! I about passed out when they gave me the bill for $1,188.00!!! Oh BTW ,I later found out ,they fired the guy who "helped" that day.He was the one who packed the computer tower in the bottom of a box. I would ABSOLUTELY NOT recommend this company, the only person that I will say was"nice" was Blaine. But he did say they would pay for the damages,but never did. The "owner" (over the phone was the only time I spoke to him) was not exactly, in my opinion,very nice or professional! All I can say is WOW did I learn a HUGE lesson!!!!!WOMEN, Beware,and DON'T get taken advantage of!!!! My Mistake!

Description of Work
I got 2 estimates and decided to go with this company. I was told from the "first" meeting I would have 3 men and a Huge truck. With what I "thought" was a fair price. On day of move I got 2 men and a much smaller broken down truck(which I had to give a jump too twice because their battery went dead). I was too the impression that the day I wanted too move was the day I was "contracted" to move. That day was Friday the 13th and turned out to be a rainy day.They never told me or "offered"me that I could "move" at another day when it wasn't raining. I am recently a single,and a disabled woman and have never in my life had to use a "moving company before", information I had given them at our "first meeting",MY FIRST MISTAKE! The day was a day from h . I had pretty much everything packed up,half to go to a condo half to go to a storage unit. I was told at our first meeting they could get it all done in one day no problem.They gave me a verbal quote, then (my fault 2nd mistake for not paying attention)handed me a "blank" "estimate form". I have learned a lot from this experience NOT to trust everyone on their word! Being married for 27 years and ending in divorce,I was NEW too all of this! DON'T trust a "verbal" quote!!!!

this company scheduled the move within a few days which saved me from paying another month's rental on the storage unit. Their previous job took hours longer than expected, but I received progress reports and an accurate estimate of time the would start on my job. They went right to work and loaded everything carefully and quickly. The unloaded items as I requested and were careful with the furniture. They also moved a few pieces of 1st floor furniture upstairs for me. They were efficient, personable, and very hard-working.

Description of Work
Moved furniture and boxes from storage unit to my home.

The employees were on time, friendly and helpful. We bought them lunch and provided water and soft drinks. At the end of a whirlwind day, I discovered several items were damaged in the move, including my expensive leather sofa and my fairly new refrigerator. However, the most distressing discovery was the disappearance of a 1/2 carat diamond necklace. We moved the day before Thanksgiving, and I tried unsuccessfully through the weekend to contact the owner of the company about the missing necklace. When he returned our call on Monday, it took until January 6 to finally get a meeting with him. All indications were that one of his workers took my necklace...timeline, accessibility, location and evidence. I have been through my belongings with a fine tooth comb and it has not resurfaced. JR knows the truth....he discovered it himself. I gave him copies of the receipt for the necklace and he promised to call the following Monday, January 11. I showed him the damage to my furnishings and told him I wouldn't file a claim for those if he would just replace my necklace. I also told him I didn't care if he could find it for $50, I just wanted it returned. He advertises on his website that he is licensed and insured, yet he didn't want to file a claim with his insurance carrier. He promised to make me happy and either replace the necklace or pay me for it. The last contact I've had with JR was on January 6. I have called repeatedly to no avail. I found a duplicate of the missing necklace and called to let him know the price....on sale....less than I originally paid. He did not answer, nor has he returned my calls. I have delayed filing a police report, trusting JR would do the right thing. Since he clearly has no intention, that is my next step. Smoothmove does half their business in the senior community, and this concerns me. In fact, they were recommended by the assisted living facility where my in-laws reside. One has to ask.."How many items have been 'lifted' from unsuspecting or memory compromised senior clients?" I liked JR, and trusted him at his word. It makes me very sad to file this report.

Description of Work
This company moved furnishings, appliances and personal belongings from my previous address to my new address...approximately 1 mile. They also moved several items from a storage unit 4 miles away. We did our own packing.

We are a first-rate moving company that provides total quality management and prioritizes teamwork with our clients. We are gentle with your items and take their safety seriously. Schedule us today for affordable moves, piano moving, and furniture moving.  …

American Moving Solutions is a family-owned and operated Long Distance Moving Company. We coordinate moves all over the country through our network of trusted carriers. We can pick you up in all 50 states and delivery your consumer goods anywhere in the United States (or abroad). We offer door-to-door long-distance moving services, including expert packing, unpacking, and storage (if needed). Our quality of service, dependability, affordability and customer reviews have led us to be rated as a Top 10 moving company on several consumer comparison websites.  …

A professional owner-operated moving company with 15 years experience. We move residential homes and offices. We load and unload your furniture with care. We have professional equipment and a moving truck. We pack and unpack your belongings. We will be any prices out there! We guarantee complete satisfaction! We provide the same day service!  …

Smooth Move USA is currently rated 3.8 overall out of 5.

No, Smooth Move USA does not offer warranties.

Are there any services Smooth Move USA does not offer?