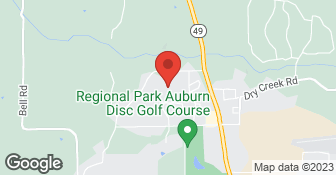 Initial contact: Tom showed up, on time, for the free estimate appointment. We walked the property and talked about the pending job. During this phase I really appreciated that Tom listened. There were little items; a stucco patch here, a change of color there, and so on that he gathered in and took mental note of. He fully explained his choice of materials and how he planned to tackle the project, and how long it would take to complete. He told me when he would get his estimate to me. The estimate: Came in on time and was extremely competitive (as in he got the job). He also let me know that his availability schedule had changed and that they could start sooner than expected if chosen. They were chosen. The work: All I can say regarding this phase is that, both Tom and Bubba, started when they said they would and worked diligently while they were on-site. Overall impression: Tom and Bubba are the consummate professionals. Their estimates were accurate and on point. They showed up on time and ready to work. They worked as a team. During each phase of the project our expectations were set with realistic goals and times. It was really evident that they have been doing this for quite some time. Their communication was, again, on point. They did what they said they were going to do. If an issue came up solutions were offered on how to correct it. Also, all those little items mentioned earlier were taken care of without having to remind them. It was a pleasure to work with them. I would recommend them to all.

I'd highly recommend Cal Vada Painters as they are professional and take care of the job as promised. They did a great job and showed up on time, I plan on using them again in the future.

Description of Work
Paint Wood Fascia around home as the entire house did not need painting at this time. The cost of service was reasonable. In my prior review It may have mentioned I wouldn't use them. that was definitely not the case. I considered doing job myself but went with the professionals.

Tom was professional, punctual and very customer service oriented. He gave us a very reasonable quote for our paint job and it was a tough decision between using his company or another. The only reason we wound up going with another company is because we needed some additional work done to the house, i.e. siding replaced, as part of the contract and Tom was unable to provide that.

Description of Work
We called to obtain an estimate for a fairly sizable exterior paint job. We have three structures on our property and one is a two story structure. Tom was punctual and thorough, answering all of our questions and concerns. His estimate of $5200 was very reasonable, and, in fact would have been the lowest if another company was not offering a special for that month. He offered references and we were able to see an exterior paint job on another residence that he had recently completed.

I sought and received 4 bids for the work. Bids ranged from a low of $1,800 to $ 5,000. Tom’s initial quote was just over $ 3,000 but we negotiated the final price price based on some competition in the neighborhood. He is on-sight and part of the crew. All work began on schedule, remaining so throughout the project. Tom was proactive in making some suggestions for ways to improve longevity of the paint which is appreciated. Once started, the job was completed as promised; final clean up was good. The front doors had a couple of runs. He promised to take care of the issue, but asked for time in allowing the paint to dry. This was happily granted to make sure the re-work was done properly. He even returned without having to call and remind; final product –excellent!

We are a local home painting business that offers excellence in residential and commercial interior/ exterior painting, power washing, deck and fence staining, cabinet refinishing, custom mill work, specialty finishes, and more!. We pay special attention to delicate surfaces and all your painting needs. BPC takes pride in our professional skilled trade and deep understanding of the materials and methods needed to complete projects. We offer 10% off for seniors and veterans! Check out all the services we offer below and call - or- click to schedule a free estimate today!  …

My name is Josh, owner of Joshua's Painting Service. I have been painting for the majority of my life, with my dad as a kid until now. I'm blessed to be able to say I truly love what I do. I enjoy being a painting contractor. Whether you are an excited homeowner wanting to make their home new again, a realtor looking to make a client happier or a property manager sprucing up an old building. No matter the job, big or small, I am there every step of the way with my employees throughout the process. Whether I am giving free estimates, suggestions on colors, doing the drywall and stucco repairs or replacing dry rotted boards I AM there. Every day, every step of the way. I take great pride in all that I do but especially in my prep work. Without good prep work the finished product won't hold up. But of course my favorite part has to be the finished product, seeing a home or business transform into somebody's dream is always the best! My promise to you, my prospective customer, is to always be there to answer my phone, be on time, and do exactly what I said I would do for the price I said I would do it for. I know if I do these few things I will always be in business, always be busy and always have satisfied customers.  …

Our crew has been working together for over thirteen years to deliver high quality painting services to our customers. We are a small, family-owned company with less than five employees. We do not charge for estimates, trip charges, or mileage fees. Additional fax - (916) 488-6687. Additional contact name - Frank Baldwin.  …

CAL-VADA PAINTING & DECORATING is currently rated 5 overall out of 5.

No, CAL-VADA PAINTING & DECORATING does not offer warranties.