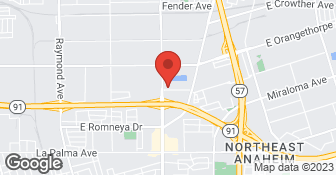 We offer All phases of structural pest management. Pest management as low as $175 for a start up service (one year contract required) and a low $74 every other month maintenance service fee. Attic cleaning, Crawl space cleaning, encapsulation and sump pumps, TAP insulation, Termite inspections and services

They started out fine, the organic solution to ants took several times to work, but it finally did. After that, I needed them to address the rat problem. They were sooooo slow and just clearly not competent or up to the job. They have taken so much time to try and explain that they did this work, and yet, there are still rats in my cupboard. You can explain until your are blue in the face, but if there are still rats and rat poop all over my house, you didn't do it right. It doesn't take a genius to figure that out. Every time I call they want to send someone out to talk to me, which has been roughly 5 times. ONE of the times I wasn't home (i have a job) and so that seems to be the thing that the group is saying was their downfall. I did have a very competent person, authorized to speak on my behalf, at the house at the time, who has worked with us daily for 10 years. So I am baffled as to how they were so lost without me. I don't want to talk to anyone, I want the problem fixed, We showed them where the problem lies, they supposedly did all of this work to fix it, but still...rats... I have since fired this company and hired a new one. The new company showed me the work that had been done, and the glaring things that were missed, they have sorted out the problem, trapped the rats and we should be finished with the issue within a much more reasonable time frame. It only took one meeting/evaluation with this other company and we were taken care of. And I am not expected to be there every time they come! (duh) The worst part is that they want to charge me almost $400 for a job they never completed! I offered to pay half, which is very generous on my part, but they are just ignorant and continue to defend their guy. I would never hire this company!! Such a bad call. Be warned. If your problem is simple, and you have all sorts of time and energy to deal with a high-maintenance group, call them.

Description of Work
I needed basic bug management, but more importantly, I am renting an old home that has a rat infestation. Gross!! Rat poop and holes, and chew marks in my ducts....all sorts of gross reminders exist all over the house.

That was our only time for using them. There weren't any unexpected issues. They were professional, and they were responsive.

Description of Work
We used Greenleaf. They did interior and exterior ant control.

Description of Work
During remodeling, termites were found. They sprayed infestation with organic product. This was 3 years ago, and termites have not reappeared in this area. I have had them come back once a year to inspect and treat other areas as needed.

I have hired them before, and they are a very professional company run by Gus. They know the business of pest management and cleaning out the parts of your home you really don't want to go in.

Description of Work
Greenleaf Organic Pest Management Inc vacuumed my attic space. They cleaned it out and disinfected it as well.

It takes a couple hours, and they seem to go very in depth. I have used them for five years, and I haven't had any problems with them whatsoever. They let you know if you have an issue, and then take care of it. They are right on time.

Description of Work
This company comes out to do termite control.

No, Greenleaf Organic Pest Management Inc does not offer a senior discount.