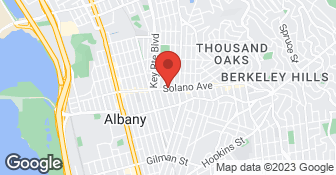 California Rebuilders is a full service General Contracting firm. Our crew has hundreds of combined years of construction experience. We maintain long-term relationships with all of the local Building Departments and their staffs. All of our subcontractors have been vetted by our administrative staff and are all fully licensed and insured, and perform the highest quality work available in the Building Industry

Description of Work
We bought a house which needed a full refurbishment. We found Bob from Cal rebuilders through Angie's list. Bob did all the work as per plan and it was easy to discuss any changes. Work was delivered to a very good standard. Cost and any change orders were always clear upfront, and Bob was always willing to find good solutions in regards to sub -contractors. Project did take longer than originally planned due to unforeseen original approval problems and unforeseen foundation problems. The California rebuilders team is a professional crew, and always cleaned up after a days' work. Cal rebuilders work a 9 -5 schedule, very rarely any overtime and no saturdays, which allows for limited flexibility when in a time crunch. Overall we were very happy with the work and services, Bob is easy to talk to and always willing to discuss alternative solutions. We would recommend California rebuilders and if needed, will call on Bob again.

Bob is a meticulous contractor and builder. He is also very honest and really tries to get all of the costs up front so there are few change orders and few surprises to his clients. His initial estimates may be higher than some other contractors but there is also less chance of multiple change orders due to things that have to be done because they weren't anticipated. He builds things the way my grandfather used to -- he builds them right the first time so they don't fall apart and have to be redone 2 years later. If a job can't be done right, he won't do it. He as served as an expert witness in cases involving budget and time overages on major construction jobs. Also, unlike some general contractors, he is there on the job working along with his crew, as much as possible. He has a good eye for design and is a craftsman. After the fire demolished much of our house, the redwood bridge he built for us is still standing and the slate entry floor he installed 3 years ago was preserved. He spends a lot of time thinking about the best way to do things and designing functional layouts as well as being very familiar with code upgrades and the things building inspectors expect to see. You can give him the key to the house so he can do the job and you don't have to check up on what's going on in the middle of the day everyday because you know it's going to get done right.

Description of Work
Rebuilt a 40 foot rotting redwood bridge, installed hardwood and slate flooring, installed new 200 amp electrical service, installed new Marvin sliding door. Three years later, our house caught on fire. After being pressured by several companies telling us they could rebuild the house for less than the insurance estimate, we hired a public adjuster and insisted that Bob Root, of California Rebuilders rebuild the house. Together we found multiple items that had been left out of the insurance estimate and realized that not only could the house not be rebuilt for the original insurance estimate, it could certainly not be rebuilt to its previous condition for "less". Today he is rebuilding the house and it is about 30% finished despite multiple issues from code upgrades, waiting for insurance payments, etc. Bob expended far more time and energy trying to help cut through the insurance issues and the lender's dispersal of funds than anyone could possibly imagine.

Design Everest is a leading supplier of engineering and design services for residential and commercial construction in California. We are dedicated to providing high-quality with project delivery on schedule and within budget. Established in 2005, we have expanded throughout the state of California and developed into a one-stop shop for residential and commercial projects. Our list of services includes structural engineering, civil engineering, architectural drafting, mechanical, electrical, plumbing engineering (MEP), title 24 energy calculations, as-built, building scanning, structural evaluation, permitting, construction support and more. We help our customers throughout the whole life-cycle of the project. We also have a dedicated Construction Support team to address all your construction related queries for a quick turn around on your project. Design Everest can help you manage every step of your project with timely delivery while staying in your budget.  …

California Rebuilders' services include but are not limited to: new home construction; home additions; kitchen and bathroom remodeling; seismic retrofitting.

How is California Rebuilders overall rated?

California Rebuilders is currently rated 5 overall out of 5.

What days are California Rebuilders open?

No, California Rebuilders does not offer a senior discount.

Are warranties offered by California Rebuilders?

No, California Rebuilders does not offer warranties.

What services does California Rebuilders offer?