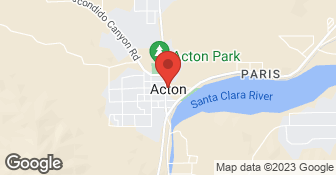 Gary is a true professional. I have now used him for both of my pianos now, and had both tuning and some minor repairs done. What impresses me is that he treats even my older medium quality piano and my little spinet with the same high level of craftsmanship as he would for any better piano. Both of these were very challenging and a lot more work than a better piano would have been, but Gary made them sound and play great. It is clear he has a great love of music and all pianos! This service has set the bar for what I expect from a registered piano tuner.

Description of Work
Gary tuned and did some minor repairs on both of our pianos.

Gary took several hours and performed a very thorough tuning service on this older piano. Both time and cost had to be increased a little to provide time for Gary to replace a couple defective piano strings,When he was done, he even amazed us his his concert performance while testing out his tuning work. He was professional and affable. He exhibited a fountain of knowledge about music technology that by itself was worth his fee! Gary's over the phone estimate was $100, but he stayed a few hours longer to do the necessary string repairs. All in all, we felt he more than earned the $145 final cost.

Description of Work
Tuned our newly acquired Whitney upright (circa 1961).

Gary at Gary Kahn's piano Tuning has been tuning the piano for many years for us. He likes what he does, he's very responsive, and he is certainly professional.

Description of Work
I use Gary Kahn's Piano Tuning to tune our piano.

HE TOOK A LONG TIME TO TUNE THE PIANO, BUT IT HAD NOT BEEN TUNED IN OVER THIRTY YEARS. HE WAS VERY PRECISE AND THOROUGH AND WE WERE SO HAPPY WITH THE SERVICE AND THE JOB HE PERFORMED.

Description of Work
THE COMPANY CAME OUT AND WORKED ON OUR PIANO AND GAVE IT AN EXCELLENT TUNE UP.

Insured
All statements concerning insurance, licenses, and bonds are informational only, and are self-reported. Since insurance, licenses and bonds can expire and can be cancelled, homeowners should always check such information for themselves.To find more licensing information for your state, visit our Find Licensing Requirements page.
General Information
Free Estimates
Ask for details
Eco-Friendly Accreditations
No
Payment Options
Check
Senior Discount
ASK FOR DETAILS
Warranties
Ask for details

GARY KAHN'S PIANO TUNING is currently rated 5 overall out of 5.

No, GARY KAHN'S PIANO TUNING does not offer eco-friendly accreditations.

No, GARY KAHN'S PIANO TUNING does not offer a senior discount.

No, GARY KAHN'S PIANO TUNING does not offer warranties.

Are there any services GARY KAHN'S PIANO TUNING does not offer?